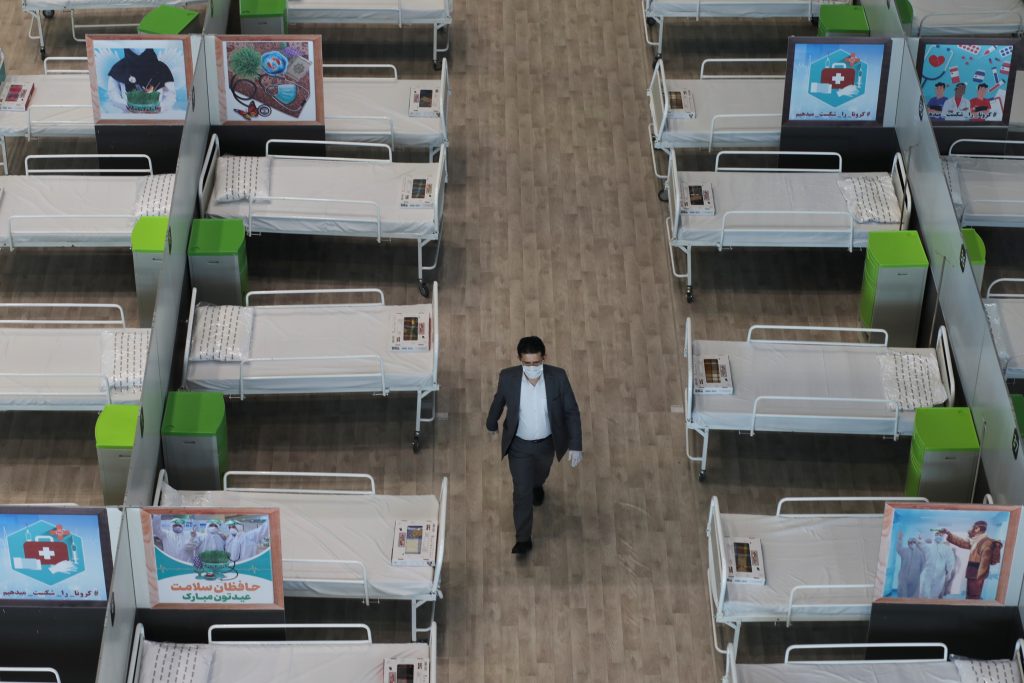 Iran’s president said on Sunday “low-risk” economic activities would resume from April 11 in the Middle Eastern country worst-affected by the new coronavirus.

Iran has been struggling to curb the spread of the highly infectious respiratory disease known as COVID-19 but authorities are also concerned that measures to limit public life to contain the virus could wreck an already sanctions-battered economy.

“Two thirds of all Iranian government employees will work out of the office from Saturday…The decision does not contradict stay at home advice by the health authorities.”

Rouhani did not spell what he meant by low-risk activity, but said the suspension of “high-risk activities” – schools, universities and various social, cultural, sports and religious events would be extended to April 18.

The Health Ministry said on Saturday that the Islamic Republic’s death toll had reached 3,452 among a total of 55,743 infected people. The daily toll has been rising by at least 100.

Iranian officials have repeatedly complained that many Iranians ignored appeals to stay at home and cancel travel plans for the New Year holidays that began on March 20.

Health authorities have since warned of a new wave of coronavirus infections in the Islamic Republic. Rouhani’s government has refrained from imposing a lockdown on cities but prohibited intercity travel until April 8.

Rouhani said this ban would now be extended until April 18.