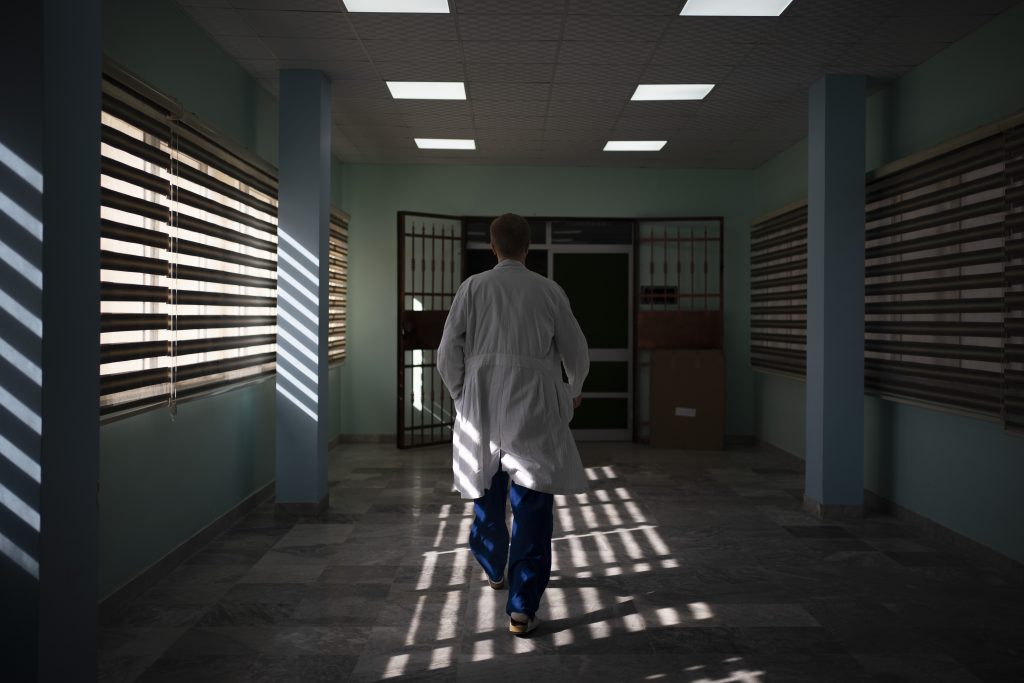 At a world-renowned cancer center in Houston, a woman was told her lung-cancer surgery, booked weeks ago, could be canceled last minute. In New York City, none of the doctors’ offices at a major hospital system are doing procedures. In Toronto, operating rooms sat empty at a hospital specializing in organ transplants and cardiac care, and surgeons rested at home as wards were cleared in preparation for what’s to come.

With the COVID-19 pandemic demanding an unprecedented amount of medical resources and personnel, care for other conditions, even life-threatening ones, is being put on hold. In many places across North America, everything except emergency surgeries have been canceled, and in-person care has been delayed for all but the most worrisome cases.

North America is bracing its health-care systems in hopes of avoiding an even grimmer outcome, one the world has already seen in China and Italy. There, as hospitals faced a surge of coronavirus patients, even emergency cases unrelated to the pandemic could not all be treated.

When hospitals are hit with high numbers of acute cases, they triage, a battlefield technique to decide the order of treatment of patients based on urgency. A short-term measure, triage only works as long as the flow of patients keeps moving; once they’re stabilized, they’re moved elsewhere to recover.

The problem with COVID-19 is twofold. In a worst-case scenario, as the devastation in Italy made clear, hospitals exceed their capacity to treat life-threatening cases, COVID and not, and are faced with agonizing decisions about whom to save. But even where emergency rooms are able to keep afloat, the decision to pull resources from elsewhere in the system and postpone procedures like cancer surgery or organ transplants for weeks, or even months, can pose life-threatening risks.

For doctors, the judgment calls are agonizing. At the MD Anderson Cancer Center in Houston, any operations that can be canceled already have been, said Mara Antonoff, assistant professor of thoracic and cardiovascular surgery.

Texas is still at an early point on the curve and, in preparation for more cases, doctors are trying to figure out what non-surgical options may be available for cancer patients, like radiation or chemotherapy. They’re also asking whether pushing surgeries back three or six months will affect survival. When Antonoff met this week with one of her pre-op lung cancer patients, a woman in her 60s, she had to deliver the news that next week’s surgery may well be canceled.

“Things are changing by the hour,” she said. “In our department, we have absolutely not scheduled any new cases unless the patient is really at imminent risk of death if we don’t do something about it.”

Pushing back non-emergency surgeries to prepare for COVID-19 creates a conundrum for doctors treating cancer, where early surgical intervention often offers the best chance of a cure, Antonoff said. “The Catch-22 is that the people who have early stage are the ones that we feel we can put off a little bit longer during this unprecedented pandemic.”

For doctors, the concerns are more personal. In addition to considering the health consequences of postponing surgeries, they worry that patients who still have access to care will actually avoid it, for fear they’ll be exposed to the virus in any medical setting.

Jenny Ahlstrom, a 52-year-old in Salt Lake City who lives with multiple myeloma, is holding off on taking bone strengtheners and even getting routine laboratory tests done. Ahlstrom’s myeloma has returned after remission, and at some point will require treatment, but she’s concerned it will make her more susceptible to COVID-19.

“I’m on the verge of needing to start treatment, and I’m really nervous now,” she said. “Do I go in? I don’t think I’m going to go in.”

Health providers are wrestling with these issues every day. In mid-March, the U.S. Center for Medicare and Medicaid Services said that hospitals should limit all non-essential surgeries and procedures during the COVID-19 outbreak, a recommendation that has been widely followed in major hospitals across North America. But defining what’s “elective” — a health-care term that really means scheduled rather than optional – isn’t easy, especially during a pandemic.

Care for those undergoing chemotherapy and radiation as well as essential surgeries continued at the Seattle Cancer Care Alliance even as the city became the first U.S. hotspot of COVID-19, said Jennie Crews, medical director of the alliance’s community oncology program.

But providers delayed non-urgent procedures that require a significant amount of in-person care, or explored other therapeutic options, said Steve Pergam, medical director for infection prevention. As such, bone marrow transplants — which seriously compromise the immune system and require prolonged hospitalization — fell by roughly 50%, he said.

In Toronto, the fourth-largest city in North America, most hospitals have cut all but emergency surgeries, procedures and even imaging tests to create surge capacity for COVID-19 cases.

“All resources are on deck for the pandemic but there is unfortunately going to be some collateral damage,” said Thomas Forbes, chairman of vascular surgery at the University Health Network. “That may be something easily measurable, like deaths, or something that’s difficult to quantify, like a decline in life expectancy because somebody requiring cancer surgery had to wait longer for their care.”

A few weeks ago, San Francisco was facing COVID-19 case growth that looked a lot like New York’s, said Robert Wachter, chairman of the Department of Medicine at the University of California, San Francisco. But aggressive social distancing, coupled with early work-from-home edicts, seem to be working. This week, the hospital started to open back up “in a very cautious way” to patients requiring scheduled, non-COVID-19 related procedures.

“Every day, we’re asking the question, ‘OK, if it stays where it is now, do we have some space to begin doing some surgeries?’” he said. But the hospital is “ready to shut it back down tomorrow if we have to.”

In New York City, which now has more than 50,000 cases, the scenes of a health-care system at its breaking point are now well-documented, from the arrival of a Navy ship bringing 1,000 hospital beds to a makeshift emergency room under a tent in Central Park.

In a city now filled with shuttered offices, restaurants, schools and shops, health system NYU Langone has kept doctors’ offices open for in-person care, albeit in a much more limited fashion.

“People have asked us frequently, ‘How can you have your offices open during a national emergency?’” said Andrew Rubin, vice president for clinical affairs and ambulatory care at NYU Langone. “Well, a lot of patients are sick and have been sick and will be sick well beyond Covid-19.”