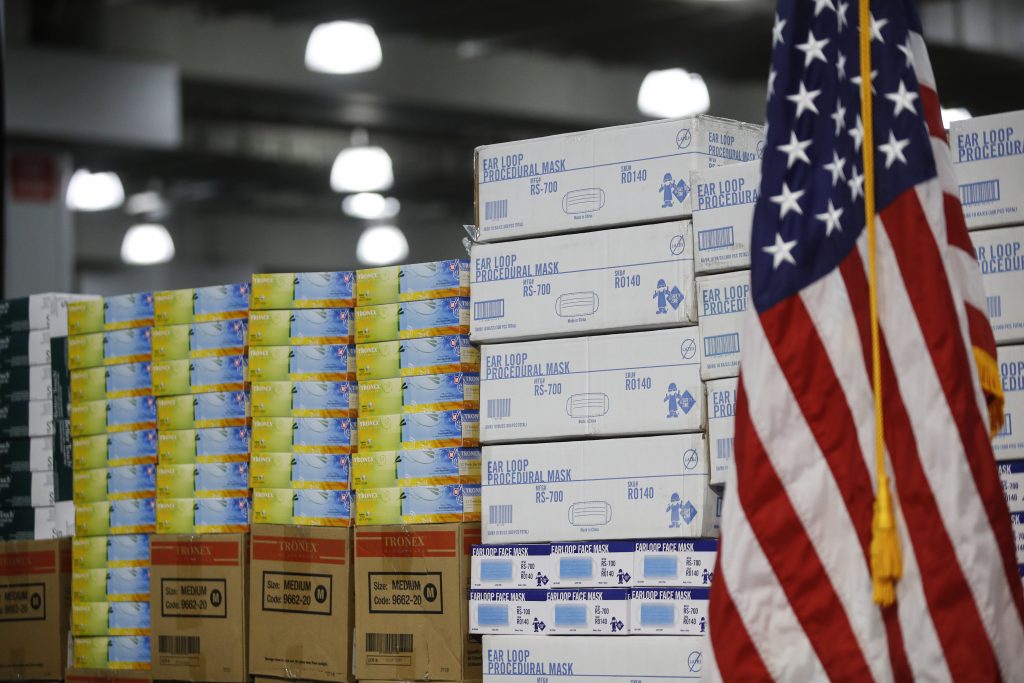 As the first alarms sounded in early January that an outbreak of a novel coronavirus in China might ignite a global pandemic, the Trump administration squandered nearly two months that could have been used to bolster the federal stockpile of critically needed medical supplies and equipment.

By that time, hospitals in several states were treating thousands of infected patients without adequate equipment and were pleading for shipments from the Strategic National Stockpile. That federal cache of supplies was created more than 20 years ago to help bridge gaps in the medical and pharmaceutical supply chains during a national emergency.

Now, three months into the crisis, that stockpile is nearly drained just as the numbers of patients needing critical care is surging. Some state and local officials report receiving broken ventilators and decade-old dry-rotted masks.

“We basically wasted two months,” Kathleen Sebelius, secretary of the Department of Health and Human Services during the Obama administration, told AP.

HHS did not respond to questions about why federal officials waited to order medical supplies until stocks were running critically low. But President Donald Trump and his appointees have urged state and local governments, and hospitals, to buy their own masks and breathing machines.

“The notion of the federal stockpile was, it’s supposed to be our stockpile,” Jared Kushner, the president’s son-in-law and adviser, said at a White House briefing Thursday. “It’s not supposed to be state stockpiles that they then use.”

Because of the fractured federal response to COVID-19, governors say they’re now bidding against federal agencies and each other for scarce supplies, driving up prices.

“You now literally will have a company call you up and say, ‘Well, California just outbid you,’” Gov. Andrew M. Cuomo, D-N.Y., said Tuesday. “It’s like being on eBay with 50 other states, bidding on a ventilator.”

For nearly a month, Trump rebuffed calls from Cuomo and others to use his authority under the Defense Production Act to order companies to increase production of ventilators and personal protective equipment.

Trump finally relented last week, saying he will order companies to ramp up production of critical supplies. By then, confirmed cases of COVID-19 within the United States had surged to the highest in the world.

Trump spent January and February playing down the threat from the new virus. As the World Health Organization declared the outbreak a global public health emergency on Jan. 30, Trump assured the American people that the virus was “very well under control.”

On Feb. 24, the White House sent Congress an initial $2.5 billion funding request to address the coronavirus outbreak. The next day, federal health experts at the Centers for Disease Control and Prevention warned that the virus was spreading quickly in the U.S. and predicted that disruptions to daily life could be “severe.”

At the start of the crisis, an HHS spokeswoman said the Strategic National Stockpile had about 13 million N95 respirator masks. That’s just a small fraction of what hospitals need to protect their workers.

Federal contracting records show that HHS had made an order March 12 for $4.8 million of N95 masks from 3M, the largest U.S.-based manufacturer, which had ramped up production weeks earlier in response to the pandemic. HHS followed up with a larger $173 million order on March 21, but those contracts don’t require 3M to start making deliveries to the national stockpile until the end of April.

On Thursday, Trump threatened in a Tweet to “hit 3M hard” through a Defense Production Act order, saying the company “will have a big price to pay!” He gave no specifics.

HHS declined this past week to say how many N95 masks it has on hand. But as of March 31, the White House said more than 11.6 million had been distributed to state and local governments from the national stockpile — about 90% of what was available at the start of the year.

Experts are now worried the U.S. will also soon exhaust its supply of ventilators.

The White House said Tuesday that it had already distributed nearly half the breathing machines in the stockpile, which at the beginning of March had 16,660. An additional 2,425 were out for maintenance.

It wasn’t until last week that Trump finally said he would use that power to order General Motors to begin manufacturing ventilators — work the company had already announced was underway.

Cuomo predicted on Friday that New York would run out within days. With the death rate surging, the governor vowed to use his authority to seize ventilators, masks and protective gear from private hospitals that aren’t utilizing them.

New guidance from the Food and Drug Administration allows hospitals to use emergency ventilators typically used in ambulances and anesthesia gas machines in place of standard ventilators.

The CDC is advising people without proper masks to use homemade masks, bandanas or cloth coverings if they run out of proper gear.

Across the country, hospitals have issued urgent pleas for volunteers who know how to sew.