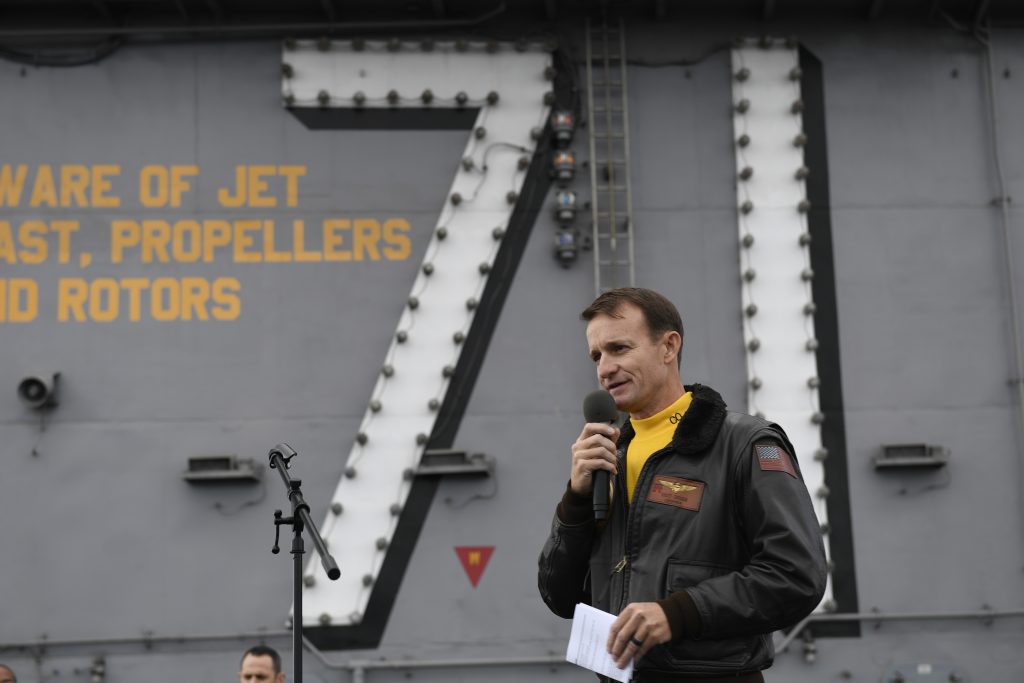 Defense Secretary Mark Esper said Sunday that he supported acting Navy Secretary Thomas Modly’s decision to fire the Navy captain who wrote a letter to his superiors about his concerns of the coronavirus pandemic aboard the USS Theodore Roosevelt.

“I think acting Secretary Modly made a very tough decision, a decision that I support. It was based on his view that he had lost faith and confidence in the captain based on his actions,” Esper said on CNN. “It was supported by Navy leadership.”

Navy Capt. Brett Crozier was relieved of his post Thursday, two days after his letter appeared in the San Francisco Chronicle. In the letter, Crozier implored his bosses to provide resources for the more than 5,000 people aboard the ship, which has been docked in Guam.

“This will require a political solution but it is the right thing to do,” Crozier wrote. “We are not at war. Sailors do not need to die. If we do not act now, we are failing to properly take care of our most trusted asset — our Sailors.”

So far, at least 155 sailors aboard the USS Theodore Roosevelt have tested positive for coronavirus, Esper said. But the crew cannot be evacuated.

“You actually cannot do that because there’s nuclear reactors to be run, you have very sensitive equipment, you have weapons on board that ship,” he said on CNN. “So it’s how you manage the crew, make sure you’re protecting them, segregating, treating those that need [to be] treated while at the same time maintaining the readiness of the ship in case it’s called upon to get to sea quickly.”

Esper also insisted that the Navy took action as soon as the first case was reported.

Crozier’s firing has drawn reactions from both side of the aisle. On Saturday, President Trump called the letter “inappropriate.”

“I thought it was terrible what he did, to write a letter. I mean, this isn’t a class on literature. This is a captain of a massive ship that’s nuclear powered, and he shouldn’t be talking that way in a letter. He could call and ask and suggest,” Trump told reporters during a White House briefing on coronavirus. “I thought it looked terrible, to be honest with you.”

“Captain Crozier was faithful to his duty — both to his sailors and his country,” the former vice president tweeted. “Navy leadership sent a chilling message about speaking truth to power. The poor judgment here belongs to the Trump Admin, not a courageous officer trying to protect his sailors.”