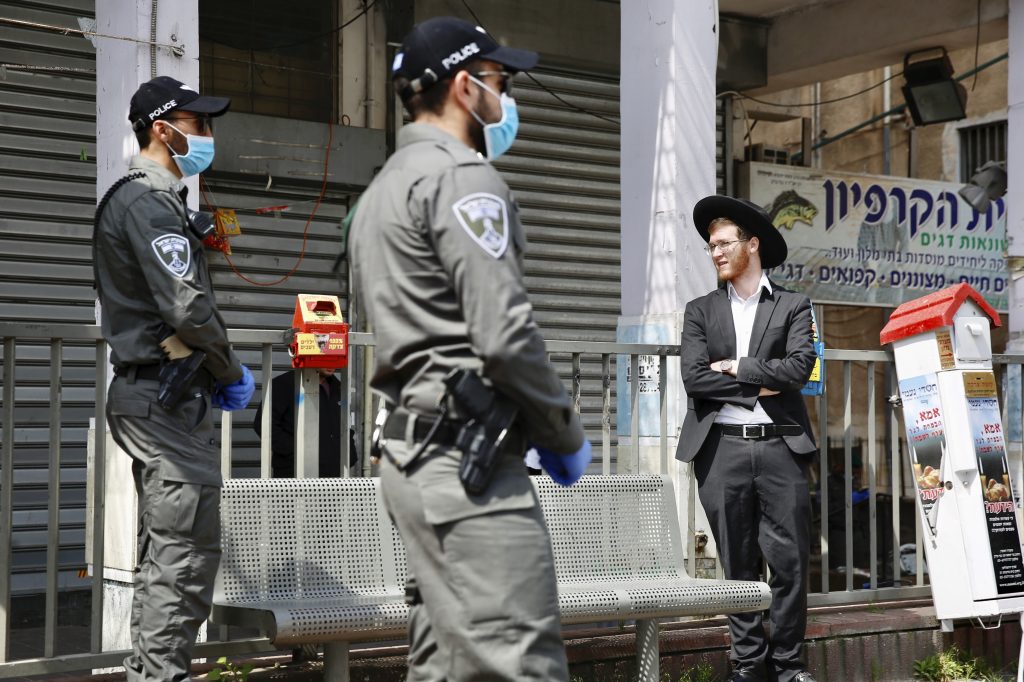 The closure that was placed on Bnei Brak Friday morning is likely to be replicated in other cities, government sources said, as hundreds of IDF soldiers and police placed barricades at all entrances and exits of the city. Residents said that forces were questioning everyone who attempted to pass checkpoints, and unless they were working for a group whose activity is essential under current conditions, or they needed to get medical help that was not available in the city, they were turned back and told to go home. Over 1,000 police officers are patrolling the city, and police are using drones to observe the streets from the city to ensure that residents stay near their homes.

The closure was approved by government ministers Thursday night under emergency measures to deal with coronavirus. At a meeting of the Knesset committee on coronavirus Thursday, Professor Ran Saar, head of the Maccabee Health Organization, said that “by our estimation there are about 75,000 people infected with disease, 38% of the city’s total population.” Aggravating the situation is the fact that “Bnei Brak is a city with a large elderly population. We could find ourselves with many perishing, Rachmana litzlan,” he said.

On Wednesday night, Prime Minister Binyamin Netanyahu said police would impose a closure on the city, preventing individuals from leaving unless it was a medical need or emergency. Netanyahu said that the order applied only to those attempting to leave the city, but that residents could continue to shop and go outside their homes within the 100 meter limit.

On Thursday night, IDF soldiers and police began evacuating at-risk individuals from the city, transferring them to hotels and motels that have been outfitted with services needed by the chareidi population. Among those to be transferred will be individuals who have been diagnosed with coronavirus and who have been isolated at home, as well as elderly individuals and those with advanced diseases and conditions. Defense Minister Naftali Bennett visited the city and said that soldiers were in Bnei Brak to assist residents, and that no one would be forced to leave their homes if they wanted to remain.

Meanwhile, reports Friday said preparations were under way to expand the closures to other cities with large chareidi populations, including Elad, Kiryat Sefer and Beit Shemesh. On Friday, the Elad municipality said that it was closing one of the city’s two main entrances, in order to better supervise those entering and exiting the city.