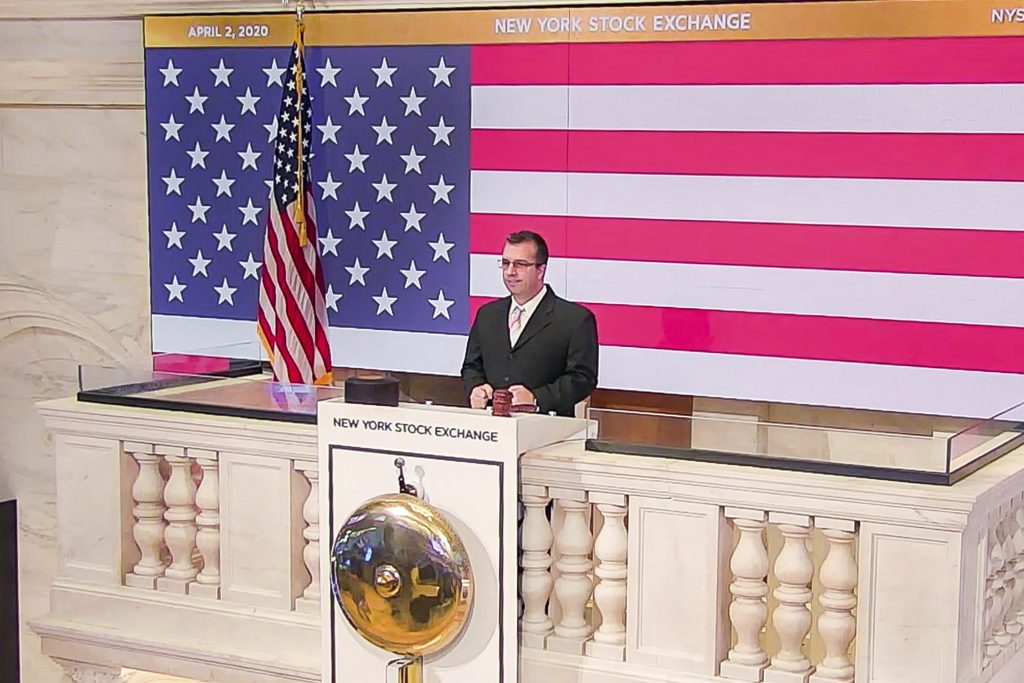 The S&P 500 was up 2% in midday trading after flipping between small gains and losses shortly after the opening bell. It took off with the price of oil, which surged more than 30% immediately after President Donald Trump said he expects Saudi Arabia and Russia to back away from their price war.

The two sides have continued to pull oil out of the ground to maintain their market share, even as demand for energy cratered because of widespread stay-at-home orders and other economy-damaging restrictions caused by the coronavirus outbreak. The resulting buildup of oil supplies sent crude’s price spiraling by roughly two thirds in the first three months of the year.

Benchmark U.S. crude oil pared its gains following its immediate rocket ride higher, and it was up 24% at $25 per barrel, shortly after noon Eastern time. It’s rallying back after dropping below $20 earlier this week to its lowest price since 2002. At the year’s start, oil was above $60.

That helped energy stocks in the S&P 500 rally 10%, by far the biggest gain among the 11 sectors that make up the index. EOG Resources jumped 13.3%, ConocoPhillips leaped 13.4 and Schlumberger added 12.6%, but all three remain down by nearly half for the year.

Like oil, stocks gave up some of their gains after their initial jump higher, as markets weigh how definitive Trump’s comments were. He tweeted only that he expects and hopes for upcoming production cuts after talking with Saudi Crown Prince Mohammad Bin Salman.

The S&P 500 had been down as much as 0.6% earlier Thursday morning after the U.S. government reported that more than 6.6 million Americans applied for unemployment benefits last week. That’s double the prior week’s number, which itself was nearly five times the prior record set in 1982.

Roughly one of every 16 Americans in the workforce has applied for unemployment benefits in the last two weeks, and economists expect the number to only rise further. That has many investors bracing for what may be the worst recession of their lifetimes.

There are more than 962,000 confirmed cases worldwide, led by the United States with more than 216,000, according to a tally by Johns Hopkins University.

For most people, the coronavirus causes mild or moderate symptoms, such as fever and cough, that clear up in two to three weeks. For some, especially older adults and people with existing health problems, it can cause more severe illness, including pneumonia, and death.

Many investors expect markets to remain incredibly volatile until the number of new infections peaks, which would help clear the uncertainty about how bad the upcoming downturn will be and how long it will last. The S&P 500 is still down more than 22% for 2020 so far, and investors are preparing for companies to soon begin reporting weaker profits from year-ago levels.

“The duration and impact of this virus remains unknown and volatility will remain the norm and not the exception,” said Terry Sandven, chief equity strategist at U.S. Bank Wealth Management.

“It’s hard to envision the market moving meaningfully higher until you get some visibility of where earnings are going to go,” he said.

To help cushion the blow, Congress last week agreed on a $2.2 trillion economic aid package and the Federal Reserve promised to buy as many Treasurys as needed to keep credit markets running smoothly.

Legislators are collecting ideas for a possible new round of aid. President Donald Trump tweeted his support for a $2 trillion infrastructure package. But top Republicans in Congress say they first want to see how well their newly approved programs do.