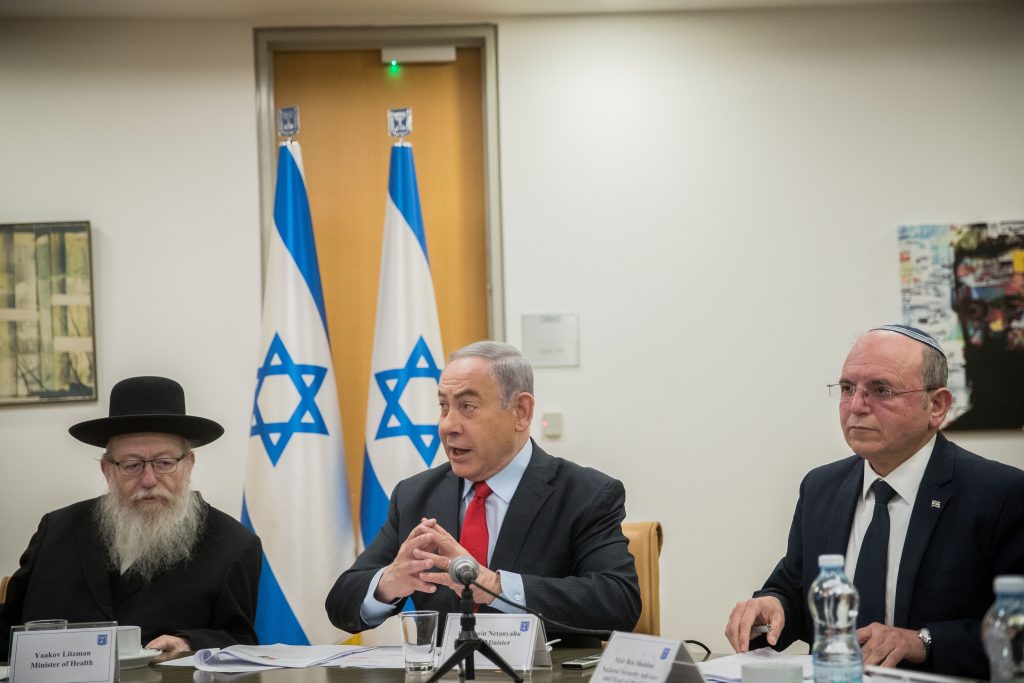 The diagnosis of Health Minister Rabbi Yaakov Litzman with coronavirus is likely to lead to a long list of government officials – as well as chareidi community leaders – entering into quarantine, including top officials of the Health Ministry, the head of the Mossad, ministers (including Prime Minister Binyamin Netanyahu), and prominent Rabbanim.

Rabbi Litzman, 71, was diagnosed along with his wife as having been infected with coronavirus, it was announced Wednesday night. He is doing well, a spokesperson for the Health Ministry said, and is in quarantine. Deputy Director-General of the Health Ministry Professor Itamar Grotto told Army Radio Thursday that the ministry is attempting to track down all the individuals Rabbi Litzman may have come into contact with in recent days.

That could include a very long list of people. As Health Minister, Rabbi Litzman has been at the forefront of developing the country’s response to coronavirus and has participated in dozens of discussions and meetings. Members of his own staff, including Ministry Director-General Moshe Bar-Simantov, along with his staff and Rabbi Litzman’s staff, have already been informed that they must enter quarantine for two weeks. Rabbi Litzman’s most recent meeting with Binyamin Netanyahu was last Thursday. The prime minister had already been in quarantine, and was released Wednesday night, so he may have to return to quarantine.

Finance Minister Moshe Kahlon also met with Rabbi Litzman this week, and reportedly has been instructed to enter into quarantine. Also entering quarantine after meeting with him in recent days are Defense Minister Naftali Bennett, Interior Minister Rabbi Aryeh Deri, and State Attorney Avichai Mandelblit, among others, Channel 12 said