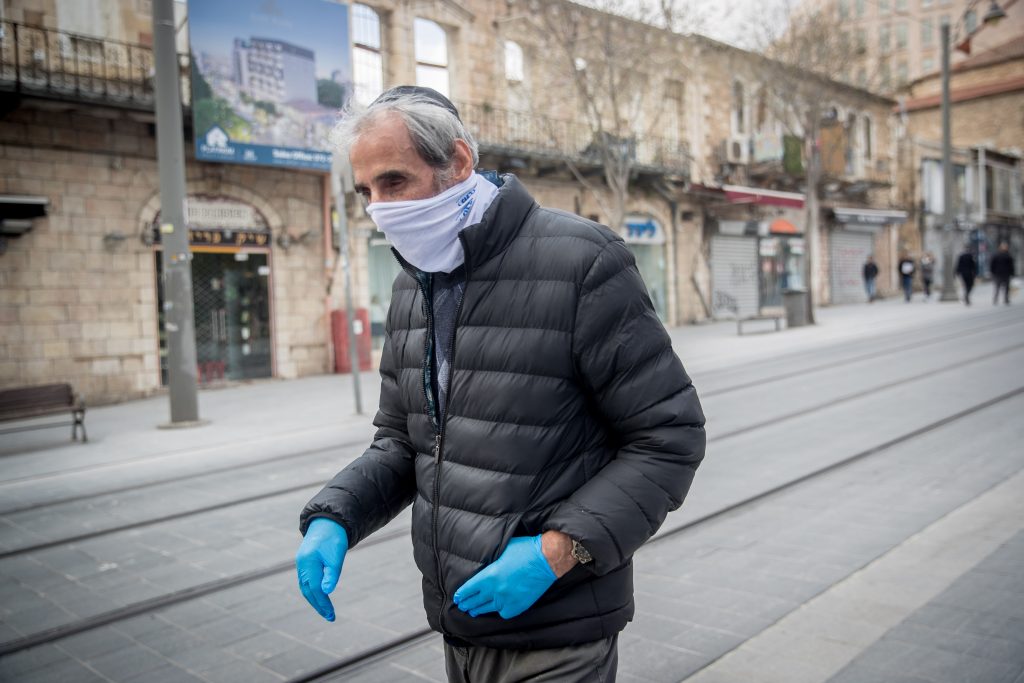 Israelis were told on Wednesday night by Prime Minister Binyamin Netanyahu‏‏ that henceforth they would have to wear masks when venturing outside their homes, but twenty-four hours later police were not yet enforcing the order, Ynet reported.

Officials said they haven’t yet received an official document issuing the orders and explaining the parameters of enforcing them.

Health Ministry Deputy Director-General Dr. Itamar Grotto on Thursday told Army Radio that the directive had gone into effect, but many people could still be seen on the streets without masks.

It was suggested that the lag in implementation was deliberate, in order to give the public time to comply. There is a shortage of masks in the country, and those who can’t obtain them were being asked to make their own at home or simply to cover their faces with a scarf or other material when going out.

Meanwhile, IDF soldiers were dispatched to assist police in enforcement of social distancing in South Tel Aviv, where large groups of African asylum seekers were seen gathering in breach of Health Ministry regulations.

A vehicle with loudspeakers circulated in the area on Thursday, informing the public in English and Tigrinya of the Health Ministry restrictions.

City officials said they had been closing down local shops and businesses that were open in violation of the restrictions.