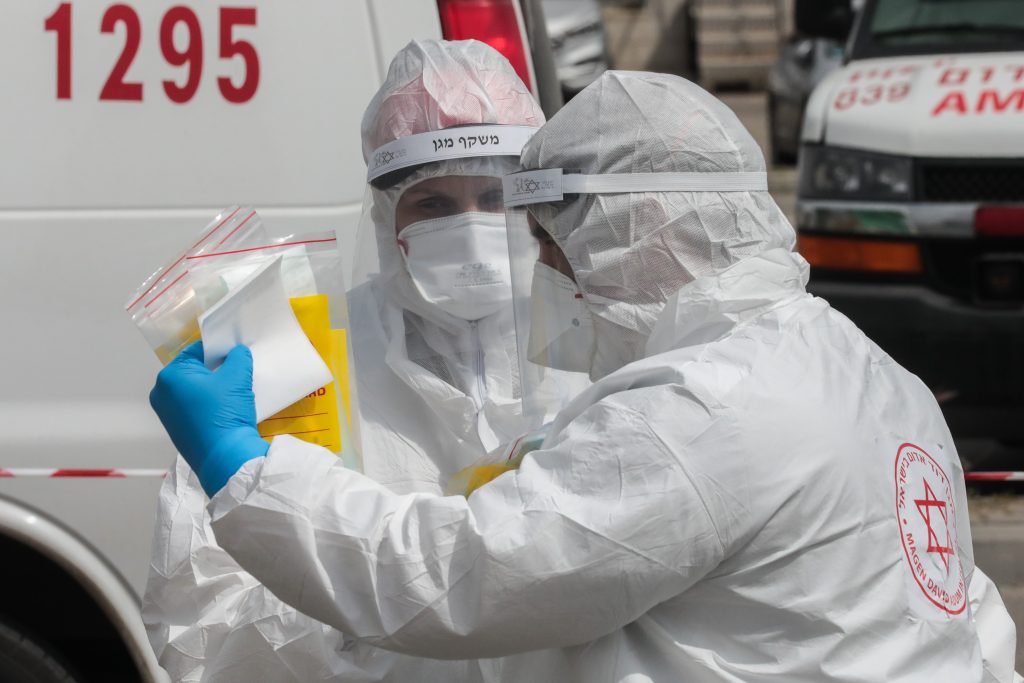 All the victims were over the age of 72, and three of them had underlying conditions, according to the hospitals announcing their passings.

Haemek Hospital in Afula said that a 77-year-old man with complex underlying health problems has died from coronavirus complications.

Sheba Medical Center in the Tel Aviv area announced the death of another man, 95, who had also succumbed to the virus.

A 78-year-old man with pre-existing illnesses died at Barzilai Medical Center in Ashkelon after he was hospitalized last week and his condition deteriorated.

An 87-year-old man passed away in the Soroka Medical Center in Be’er Sheva. The man was seemingly the third victim from a nursing home in the city where the virus has broken out, according to reports.

None of the victims were immediately named.

The Health Ministry also said that 107 patients were in serious condition, including 83 patients on ventilators. Another 127 people were in moderate condition.

The ministry said 289 people have fully recovered from the virus.