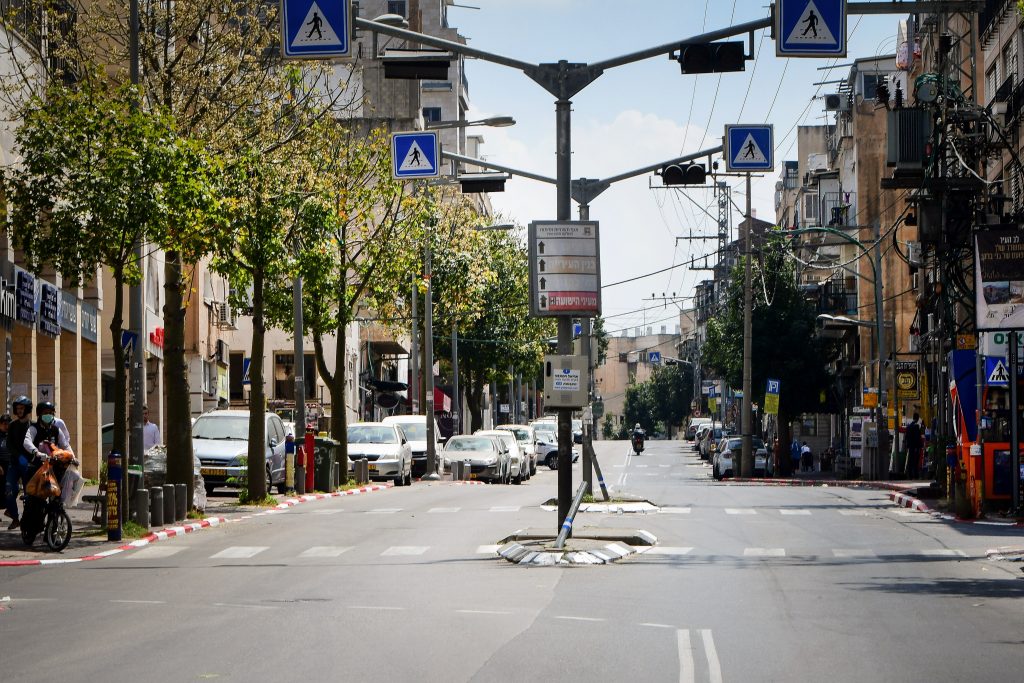 The IDF’s 98th Division was preparing on Thursday to deploy in Bnei Brak to help provide food, medicine and other services to residents, as well as carry out an evacuation of thousands of elderly in the city, which is on partial lockdown due to the spread of the coronavirus.

The several hundred troops will not be used to enforce restrictions, but rather will work under the aegis of the Home Front Command to supply essential goods to people who are in home quarantine.

IDF Spokesperson Hidai Zilberman said the soldiers are currently undergoing special training for the assignment, which will be part of a larger effort to cope with the pandemic.

Zilberman said there are some 12,000 soldiers who “get up each morning to fight the coronavirus” across the country, manning hotlines, bringing food and medicine to the elderly and disabled, driving medics to perform tests, and operating quarantine facilities.

“Next week there will be much, much more,” he added.

Meanwhile, Interior Minister Rabbi Aryeh Deri and Defense Minister Naftali Bennett announced plans to move about 4,500 elderly residents of Bnei Brak to hotels, where they will be safer from contracting the coronavirus.

Scheduled to go into motion on Sunday, the plan drawn up by the two ministers calls for the evacuation of residents over 80, who are extremely vulnerable to the disease.

Finance Minister Moshe Kahlon has also been involved, and that ministry will provide the NIS 75 million ($20.5 million) it will cost to carry it out. It was approved by Prime Minister Binyamin Netanyahu and in consultation with officials in the city.

“The plan was suggested based on the understanding that the elderly population in Bnei Brak is at the highest risk and therefore should be removed as soon as possible from the city, which is characterized by its extreme crowdedness,” a statement from the Interior Ministry said.

“The coronavirus pandemic is hitting Bnei Brak. The problem is the elderly; the elderly are in mortal danger, which is why we decided to send the IDF and the Home Front Command in an operation to extract the elderly from Bnei Brak,” Bennett said in a statement.

The isolation hotels, run by the Home Front Command, are being adapted to fit the lifestyles of the chareidi residents, The Times of Israel reported.

Those between the ages of 60 and 80 years will be allowed to remain in the city but will be expected to observe strict social distancing, the Interior Ministry added.

Whether soldiers would be authorized to remove people against their will was a question being explored on Thursday by government ministers and lawyers, Channel 12 said.

In addition, officials were deliberating the matter of whether to impose a near-total lockdown, putting severe restrictions on travel into and out of Bnei Brak.

The new restrictions, if enacted, would last seven days, with an option to be extended by five days at a time, Channel 12 said. An extension beyond several weeks would require authorization from the Knesset.