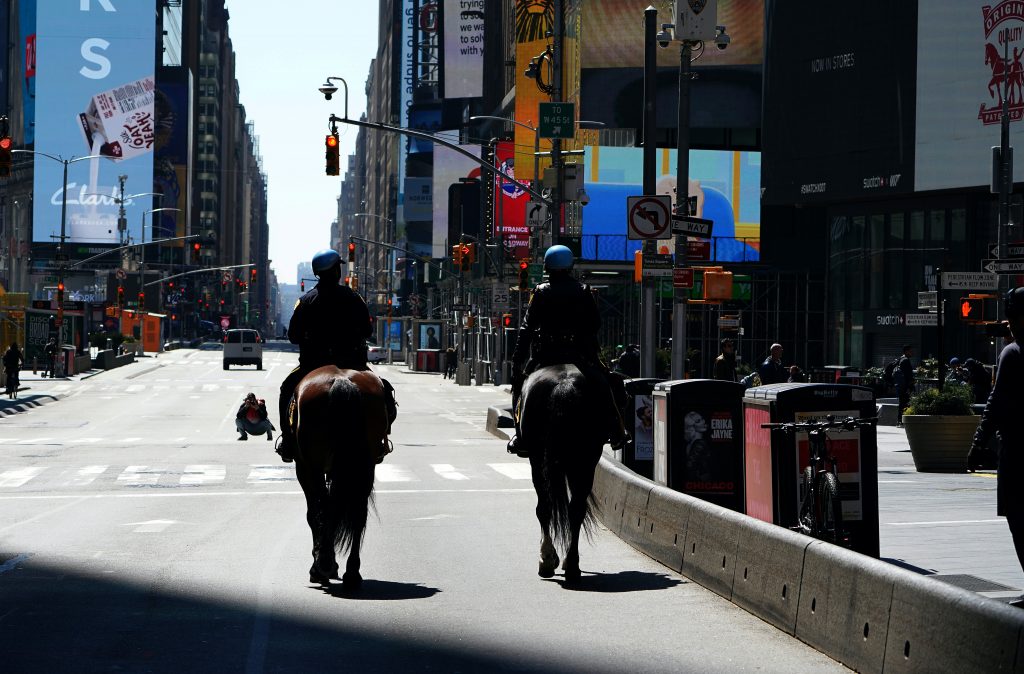 The seven major index crimes dropped 4.2% in March 2020 compared with the same month a year ago, but it was actually a tale of two half-months: From March 1 through March 11, the index crimes rose 27.8% compared with the year-ago period. But from March 12 — the day the state and city enacted severe restrictions on gatherings — through March 31, index crime dropped 19.9% compared with the same period in 2019. Six out of the seven categories saw rises in the March 1-11 period; five out of seven dropped in the March 12-31 period. The overall decline in that period was seen in every borough, as well as within the transit system and public housing.

“In times of crisis, the men and women of the NYPD rise up and give their all for those they serve,” said Police Commissioner Dermot Shea. “This is our proud history — whether on Sept. 11 and its aftermath, during Hurricane Sandy or through debilitating city blackouts – and this is how we are again responding in the face of this unprecedented public health emergency. We stand strong, on the front lines, to ensure a common good for all and to continue to relentlessly drive down crime, deliver justice for every crime victim and maintain a sense of safety we believe all New Yorkers deserve.”

Murder was up slightly (22 incidents vs. 21). There were 56 shootings, identical to the number in the year-ago period.

Hate crimes, after soaring in 2019, largely driven by anti-Semitic incidents, dropped 20% last month, including a 36% decline in anti-Semitic crimes.

Overall, for the first quarter of 2020, there was a 12.4% increase in index crimes. Many in the law-enforcement community and beyond have attributed the rise to the state’s bail-reform laws that took effect at the beginning of this year.

Some prisoners are also now being released from Rikers Island due to a coronavirus outbreak there.