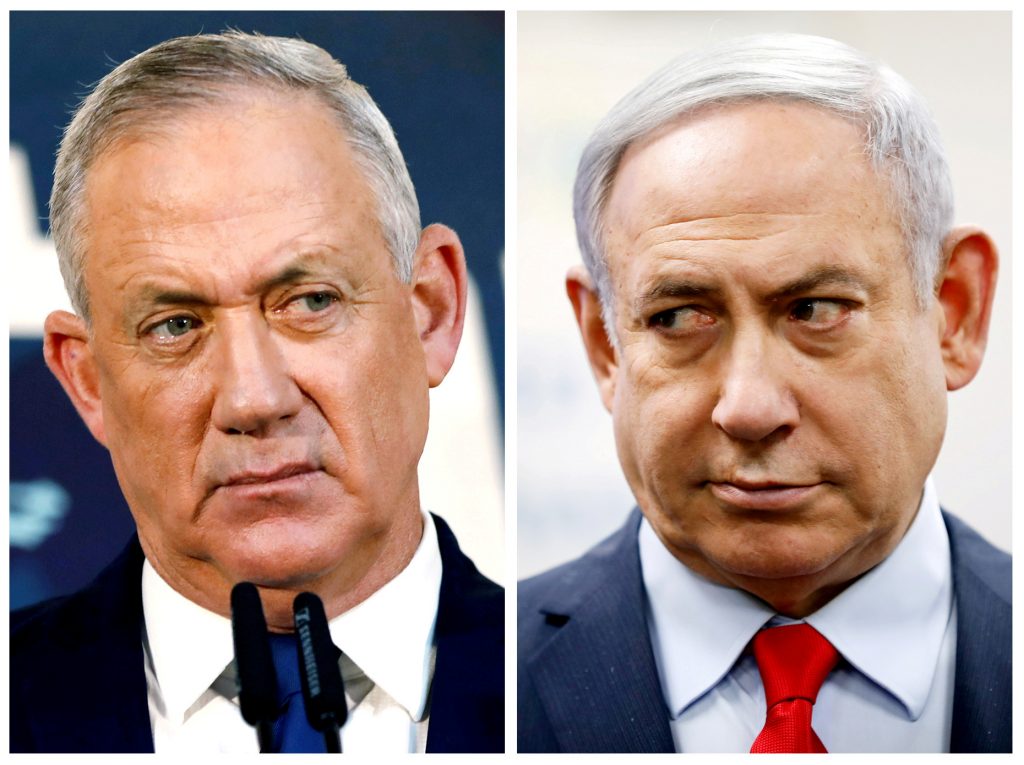 The Likud and Blue and White Parties were nearing a coalition agreement that could be finalized as early as Thursday night, according to The Jerusalem Post.

Sources in the talks were saying that the disputes over ministerial portfolios were being resolved, though no mention was made of the issue of annexations, which was said earlier in the week to be even more problematic. The Likud-led bloc wants them to be carried out as soon as U.S. approval has been obtained (after mapping has been completed), whereas Blue and White insists on having the approval of the international community as well.

Nevertheless, Blue and White MK Chili Tropper, a close ally of party leader Benny Gantz, was optimistic, saying, “I feel the negotiations with the Likud are about to be completed.”

According to the latest version of events, Likud agreed to let Blue and White MK Avi Nissenkorn be appointed Justice Minister, while the Likud’s Miri Regev was agreed upon as Internal Security Minister. In addition, Likud was supposed to have traded Education for Foreign Affairs, the former going to Blue and White MK Gabi Ashkenazi, and the latter to either Yuli Edelstein or Naftali Bennett.

The position of Knesset Speaker was still a matter of contention, with either Edelstein or another Likud MK to receive that post.

But if the actual allocation of portfolios remains uncertain, the right-wing Yamina Party’s dissatisfaction with the trend of the negotiations was loud and clear: rather than being short-changed, they will join the opposition.

The Education Ministry, currently held by Yamina’s Rabbi Rafi Peretz, was being made a condition of staying in the coalition, according to Channel 12. If the ministry is turned over to Blue and White, Yamina would quit the coalition.

But there are broader issues than jobs. Earlier in the day, Yamina leader MK Ayelet Shaked told Arutz Sheva that “despite loyalty and a year-and-a-half joint path during which we had other, very significant alternatives and chose not to take them, we thought it appropriate to proceed as one camp, [but] once again the Likud seems to be disposing of us.”

She accused the Likud of sidelining her party. “We mostly get our news from the media,” she said. “It seems that Netanyahu and Gantz will sign an agreement today or tomorrow, contrary to what the prime minister promised. His priority was supposed to be an agreement with the right-wing bloc and only then the Blue and White party.”

Sources close to Netanyahu said Likud made an offer to Yamina, but their demands were unrealistic.