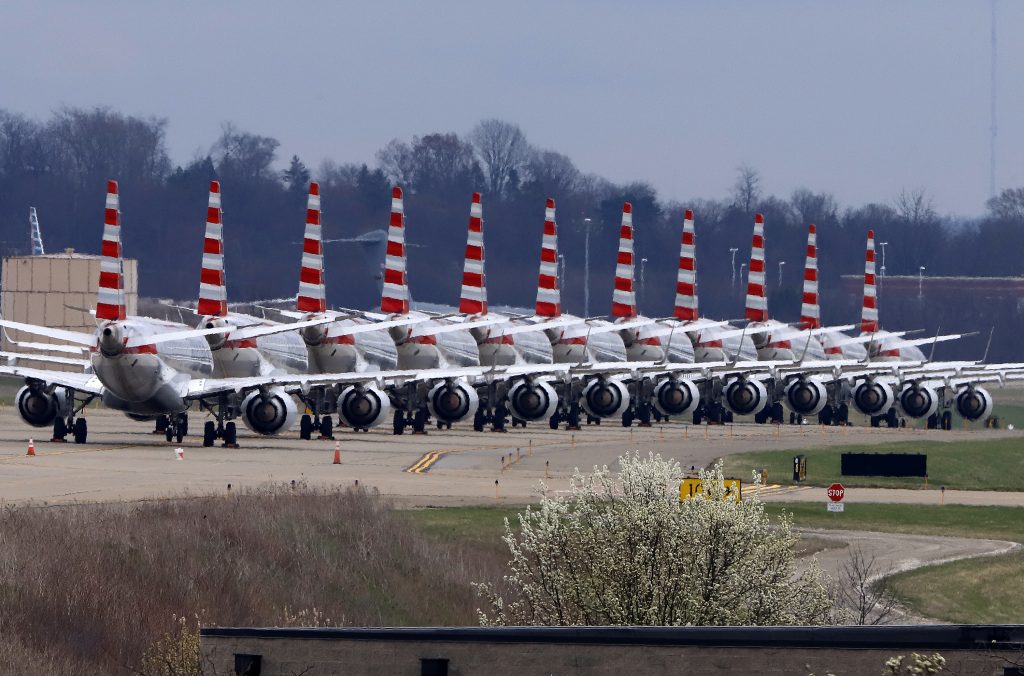 The global economy could shrink almost 1% this year due to the new coronavirus, a sharp reversal from the pre-pandemic forecast of 2.5% growth, the United Nations said Wednesday.

The U.N. Department of Economic and Social Affairs warned in a report that the decline could be even deeper if restrictions on economic activities extend into the third quarter of the year and if fiscal stimulus efforts don’t support income and consumer spending.

By comparison, it said, the world economy contracted 1.7% during the global financial crisis in 2009.

“Fears of the exponential spread of the virus — and growing uncertainties about the efficacy of various containment measures — have rocked financial markets worldwide,” the report noted, “with market volatility surpassing its peak during the global financial crisis and equity markets and oil prices plunging to multi-year lows.”

In the best-case scenario, the report said, moderate declines in private consumption, investment and exports will be offset by increases in government spending in the seven major industrialized nations and China, leading to global growth of 1.2% in 2020.

In the worst-case scenario, it said, global output would contract 0.9%, “based on demand-side shocks of different magnitudes” to China, Japan, South Korea, the United States and the European Union as well as a 50% decline in oil prices.

This scenario “assumes that wide-ranging restrictions on economic activities in the EU and the United States would extend until the middle of the second quarter,” the report said.

It said increasing restrictions on the movement of people and lock-downs in Europe and North America “are hitting the service sector hard, particularly industries that involve physical interactions such as retail trade, leisure and hospitality, recreation and transportation services.” Those sectors account for more than a quarter of all jobs in those countries, and as these businesses lose revenue, unemployment is likely to increase sharply, it said.

The report said the negative effects of current economic restrictions in richer developed nations will soon spill over into developing countries, which will see lower trade and investment.

The severity of the economic impact — “whether a moderate or deep recession” — will largely depend on the duration of restrictions on the movement of people and economic activities in major economies and on the size and impact of fiscal responses, it said.

“Urgent and bold policy measures are needed, not only to contain the pandemic and save lives, but also to protect the most vulnerable in our societies from economic ruin and to sustain economic growth and financial stability,” said Liu Zhenmin, the U.N. undersecretary-general for economic and social affairs.

The report said fiscal stimulus packages should prioritize health spending to contain the spread of the virus and should provide income support to households most affected by the pandemic.

But the outlook remains gloomy.

“A sharp decline in consumer spending in the European Union and the United States will reduce imports of consumer goods from developing countries,” the report said. “In addition, global manufacturing production could contract significantly, amid the possibility of extended disruptions to global supply chains.”

It noted that several automobile companies have announced large-scale production suspensions in Europe and the United States and many firms worldwide especially in the auto, consumer electronics and telecommunications industries “are facing shortages of intermediate components as exports from China contracted at an annual pace of 17.2 per cent in the first two months of the year.”

“More severe and protracted production disruptions would affect a large number of developing economies that are deeply integrated in global supply networks,” it warned.

Developing countries, particularly those dependent on tourism and commodity exports, also face heightened economic risks, including an increasing likelihood of “debt-distress” for many commodity-dependent economies, it said.

The report said the recent collapse in global commodity prices is compounding the bleak fiscal outlook for many of these countries, which haven’t fully recovered from the after-effects of sharp commodity price declines in 2014-2016.

The report said the worsening pandemic is increasing deep-seated economic anxiety. “Even in many high-income countries, a significant proportion of the population do not have enough financial wealth to live beyond the national poverty line for three months, causing many to fear for their economic security,” it said.