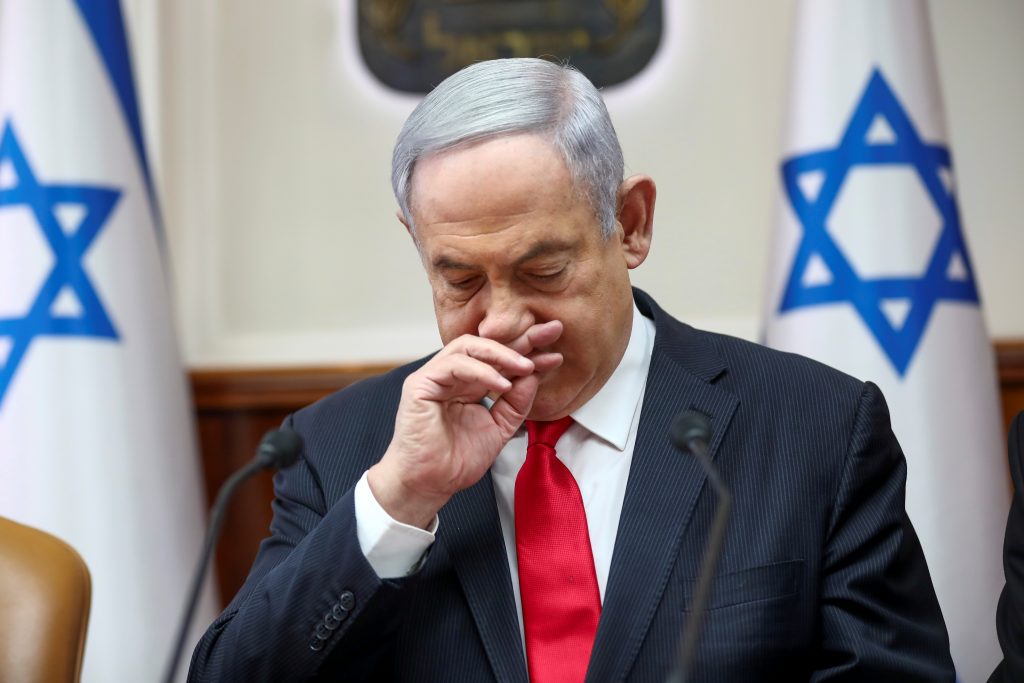 Negotiations on a unity government are stuck, news reports said Wednesday – and if they do not move forward, Blue and White will present its law to prevent an individual with indictments against him from serving as Prime Minister. While the three parties that had been led by Benny Gantz have now separated, it’s likely Gantz could get a majority of MKs to vote for the law, Channel 12 reported.

According to Blue and White officials, the Likud is dragging its feet on several issues – possibly because Binyamin Netanyahu wants to hold out until President Reuven Rivlin appoints him to form a government. The sources said that Likud has objected to several Blue and White demands, including appointing MK Avi Nissenkorn as Justice Minister, as well as insisting that Yuli Edelstein be restored as Knesset Speaker.

The main issue, however, is of the fate of Netanyahu’s promise to annex parts of Yehuda and Shomron. Blue and White is insisting that the issue be discussed only in six months, when the coronavirus crisis is well-behind Israel, but the Likud wants annexation to be a part of the coalition agreement. Earlier Wednesday, Blue and White MK Yoaz Hendel, one of the more rightwing members of Blue and White, said that it was not the place of an emergency unity government to discuss such matters, especially when there were other, far more overriding concerns, such as dealing with coronavirus. The Likud, Channel 12 said, is insisting on dealing with the matter now, “because we have an opportunity to do so and there is no telling what will happen in another six months.’

But perhaps a more important reason for the Likud’s insistence on including annexation in the coalition agreement is pressure on it from the right – by the Yamina party. Yamina MKs in recent days have expressed bitterness at what they called Netanyahu’s refusal to acknowledge their role in garnering 59 MKs for the rightwing. Sources quoted party MKs as saying that Netanyahu has refused to take their calls, and is treating them “like the little kid at an adult party, basically ignoring us.”

Yisrael Hayom reported Wednesday that in a ‘difficult” conversation with Netanyahu, Transportation Minister Betzalel Smotrich slammed the Prime Minister for his failure to keep his promises to the party on annexation, and his carving out a deal with Gantz without even consulting with Yemina. “Once again you used us and are throwing us aside,” Smotrich reportedly told Netanyahu. Sources said that “for a year Netanyahu was very interested in keeping the rightwing bloc together, he would call us several times a day and had us sign off numerous ‘loyalty oaths’ – but now he is basically ignoring us.”

The sources said that Yamina would not be “fooled again. He has been talking to Gantz for a week and has not bothered updating us. We will remember this post-corona, when his government breaks up and he once again looks to us for help in saving the ‘rightwing government’ he supposedly wants to lead. We will not sit aside and allow him to do this. We are not in anyone’s pocket,” the sources said.