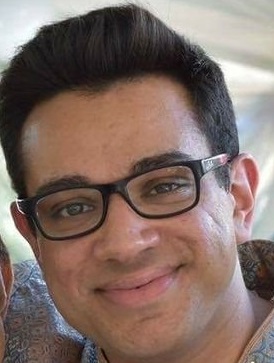 Public officials called out anti-Semitic rhetoric sparked by reports of isolated incidents of non-compliance with social distancing guidelines in Lakewood.

Last week, after the Ocean County Prosecutor’s office announced the serving of two summonses to individuals, the news was widely reported in local media and led to a storm of anti-Semitic comments on social media.

At a press conference, Governor Phil Murphy emphatically declared that nearly all of Lakewood’s Jewish residents were doing their utmost to comply with state guidelines and curb the spread of COVID-19, and he condemned those painting an inaccurate picture.

“People [are] taking a couple examples of non-compliant behavior, we had very little … a couple of folks who sponsored gatherings,” he said referring to the events in Lakewood and negative rhetoric surrounding them. “In a community that is enormous, the fastest growing in the state where the overwhelming percentage of folks are doing exactly the right thing including among its leaders. But folks are using a couple of examples like that to extrapolate and blaming and vilifying a community, in this case our Jewish brothers and sisters.”

. On a social media post, he cited a lockdown order issued by Indian Prime Minister, Narendra Modi and added, “No idea how this will work but it makes me wonder if Modi would have made an exception for Lakewood.”

Mr. Joshi quickly issued an apology for his statements, and the next day traveled to Lakewood, where he toured the town together with Rabbi Aaron Koter, CEO of Beth Medrash Govoha, and Michael Cohen, Eastern Director for the Simon Wiesenthal Center.

“Lakewood is totally shut down including all schools, yeshivas, and synagogues. It was saddening to see that the synagogues were padlocked-shut due to the COVID precautions. Contrary to outside opinions, I saw firsthand there was practically no one outdoors.”

Referring to his initial post, Mr. Joshi wrote, “During these tense times of combating a deadly virus and social isolation for all of us, the post should never have been made. As soon as I was made aware it could have been used by anti-Semites to spread their hateful agenda, I immediately took the post down.”

Last Friday, Anthony Lodespoto, a 43 year old Howell resident was arrested for making “terrorist threats” over a posting regarding the same reported violations in Lakewood.

According to authorities, Lodespoto posted, “Threats largely consisted of Lodespoto threatening to travel to Lakewood with the purpose of assaulting members of the Jewish community with a baseball bat,” to both his own social media page as well as to a comments section on Governor Murphy’s own page.

County authorities were also investigating comments made regarding the incidents by John Pasola, an Ocean County Fire Marshall who wrote, “You’re asking why are they consistently breaking the guidelines set forth by the state of New Jersey? The reason is because they think they are above the law. Like I’ve been saying for a while it’s time that the National Guard is deployed to that …hole town and take action because nobody else is.”

Last Friday, a conference call was held between, Col. Patrick Callahan, the head of the New Jersey State Police, County Prosecutor Bradley Billhimer, and Mayor Raymond Coles to discuss the incidents and the rhetoric they had elicited.

“99.9 percent of the residents of Lakewood are complying with the order,” said Col. Callahan according to media reports. “While there have been a few instances of group gatherings that were addressed by law enforcement, the vast majority of the community understands the importance of social distancing. … Law enforcement in our state have worked tirelessly to build relationships with our communities, and we will not let the actions of a few determine how a city is viewed.”

Shuls and all yeshivos and schools, as well as nearly all retails stores in Lakewood have been shuttered since Governor Murphy’s orders took effect over two weeks ago. This week, as three more individuals in the town were served summonses for hosting gatherings that exceeded the limits set by the state, several Rabbanim lead by Beth Medrash Govoha’s senior posek, Harav Yaakov Ephraim Forchheimer, restated their plea that all residents comply strictly to the state’s directive and that no gatherings of any sort be held.

Rabbi Avi Schnall, Director of the Agudath Israel of America’s New Jersey division said that it was unfortunate that the community’s near total compliance with efforts to stem the virus’ spread had been marred by a tiny number of individuals.

“The community as a whole has been extremely vocal and unified on this issue and the story should be how amazing it is that in a town of 150,000 people, that revolves around communal events, 149,000-plus people are going above the letter of the law in their compliance,” he told Hamodia. “Rabbanim and leaders have shut down the town during what is the busiest time of year-but that is not the story that is going to be reported in the media. It’s important for this less than one percent of people who are trying to outsmart the system to realize that they are not only defying the instructions of Rabbanim and doctors, they are handing the media a story that is a colossal chillul Hashem and that puts all of us at risk.”