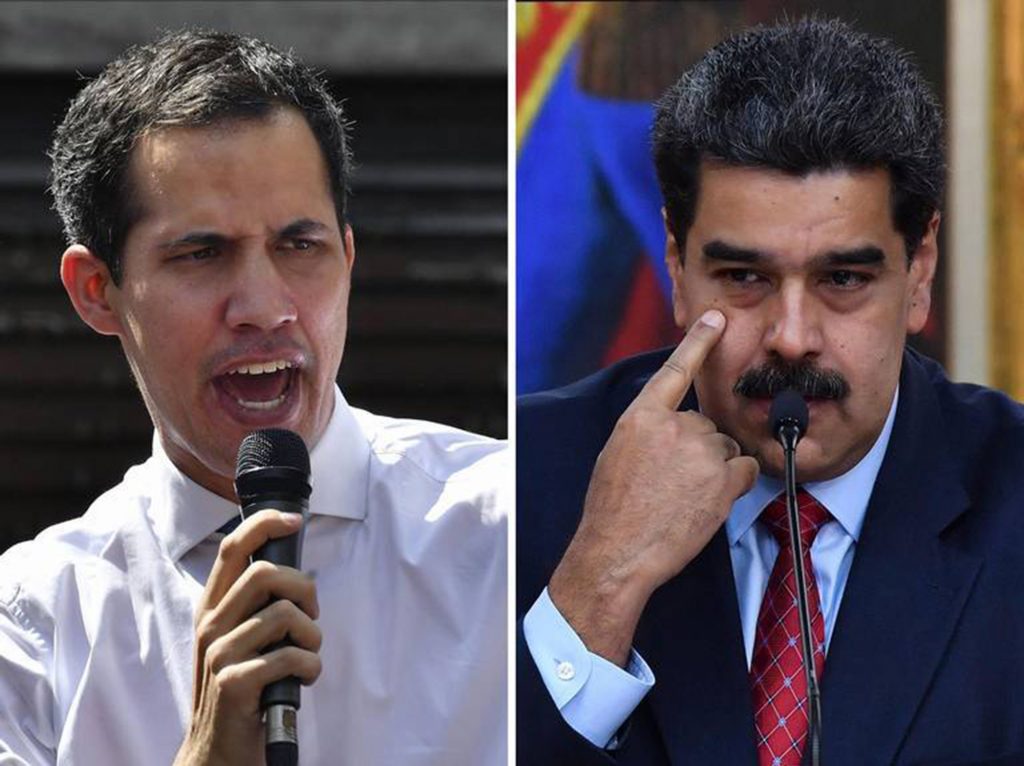 The United States laid out Tuesday a proposal to form a transitional government in Venezuela in which neither Nicolás Maduro nor Juan Guaidó would be present, and that details the conditions under which the Trump administration would lift sanctions against the Maduro regime.

The announcement comes just days after the Justice Department unveiled drug trafficking charges against Maduro, Diosdado Cabello and other members of the Venezuelan regime.

The “Democratic Transition Framework” intends to be the starting point of a possible political negotiation between the Maduro regime and the Venezuelan opposition, led by Guaidó, the president of the National Assembly. Guaidó is recognized as interim president by the United States and about 60 other countries.

“We present this framework as a path for Venezuela to emerge from years of repression and political conflict,” Elliott Abrams, the United States’ special envoy for Venezuela, wrote in an editorial for The Wall Street Journal.

“The United States does not support any particular political party in Venezuela,” said Abrams. “We support a return to democracy and believe that every party — including the regime’s party, the PSUV — should be able to compete on a level playing field in free and fair elections.”

The framework was officially presented Tuesday by Secretary of State Mike Pompeo.

“We call on all Venezuelans, whether military or civilian, young or old, of all ideological tendencies and party affiliations, to consider this framework carefully and seriously”, Pompeo said in a statement.

According to the proposal, neither Maduro nor Guaidó would be part of a new council of state made up of five members elected by both factions of the National Assembly, which would govern until the holding of presidential and parliamentary elections later this year.

The military high command, including the current defense minister, Vladimir Padrino López, would remain in place until the new elections. Padrino López was also indicted under drug trafficking charges by the U.S. Justice Department.

The U.S. government would gradually remove individual sanctions against various members of the regime as they accept the new power structure for the transition period.

The plan also includes demands from the opposition, such as the release of all political prisoners, and accelerated efforts to bring humanitarian aid to Venezuelans.

The president of the new transitional government would not be able to run in the elections. But U.S. officials made clear that the plan accommodates the possibility for Guaidó to become the next Venezuelan president.

“Absolutely, yes,” Pompeo said of Guaidó running in the future elections during a press conference on Tuesday. “He is the most popular Venezuelan politician right now.”

In the same conference, Abrams said the U.S. wanted him “to be free to run for president and under our plan, he could, and according to polls I have seen, he would win.”

Pompeo said the U.S. worked closely with Guaidó to draft the plan. “We continue to support him,” he said.

The top U.S. diplomat also ruled out that Maduro could be a candidate in the proposed future elections.

“We made clear that Nicolás Maduro would never govern Venezuela again, and that hasn’t changed,” Pompeo said.

“The current crisis in Venezuela isn’t a conflict between two legitimate political factions,” Rubio said. “It is a struggle between an organized crime ring run by Nicolás Maduro and a legitimate and democratically elected National Assembly led by Interim President Juan Guaidó.”

Rubio, who has been an influential voice in the U.S. foreign policy towards Latin America, said the administration was right in supporting a broad transitional government.

“But it will fail if it sidelines Juan Guaidó and the legitimately elected National Assembly he leads,” Rubio said in a statement. “Or if it includes Nicolás Maduro and certain members of the mafia he controls.”

The proposal also includes the formation of a new National Electoral Council and a new Supreme Court, currently controlled by Maduro.

Guaidó made a similar proposal to form a national emergency government, including all the country’s political actors, to respond to the coronavirus crisis. Some elements in the framework presented Tuesday were already revealed by Pompeo back in January this year.

The U.S. plan builds on the failed dialogue between Maduro’s representatives and the Venezuelan opposition mediated by the Norwegian government last year. Many of the talks’ details, and the concessions made by the opposition, have not been revealed until now.

The accusation against Maduro and other members of the so-called Cartel de los Soles involved in “narcoterrorism,” as well as the rewards for information that lead to their detention, have lowered the chances of a negotiated solution to the political crisis in Venezuela. But a senior Trump administration official said Monday the United States was still willing to negotiate with Maduro the conditions for his exit.

The offer came with a warning.

“Whether it was Manuel Noriega, Pablo Escobar, or ‘El Chapo’ Guzmán, history has not treated well those who do not cooperate with U.S. law enforcement,” he said.

It remains to be seen whether the new proposal will have a different outcome than the negotiations promoted by the Norwegian government and several European countries. Its success depends on the military joining the efforts to form a transitional government, something the opposition has not yet achieved. The military would also be decisive in containing the presence of Cuban intelligence agents in the country.

Russia’s position is also unclear. In a call on Monday, President Donald Trump told Russian President Vladimir Putin that “we all have an interest in seeing a democratic transition to end the ongoing crisis” in Venezuela.

The United States would lift sanctions against the Venezuelan government and its oil industry only when Maduro leaves power, and Russian and Cuban forces have left the country.

For his part, Maduro has intensified his rhetoric against the United States and Trump, whom he called a “racist cowboy.” On Monday night, he directed his anger toward Guaidó.

“Justice will reach even you. Do you think it will not reach you?” Maduro said on television, looking straight at the camera.

“I don’t watch you, but someone sent me the video,” Guaidó replied on Twitter. “I have no problem naming you, Nicolás. Be a man and acknowledge that you threw your own under the bus. Accept the offer of the international community and save the country.”