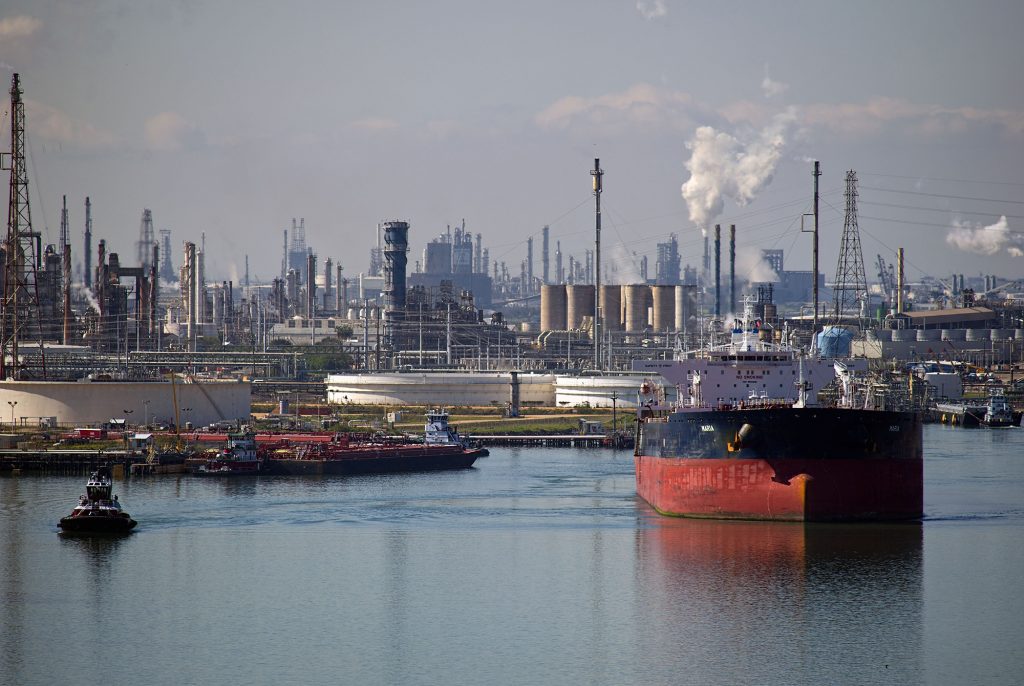 The oil market is caught between a collapse in demand due to the coronavirus pandemic and a price war between Saudi Arabia and Russia, which are both expected to flood markets with oil.

Meanwhile, Riyadh is due to announce its official selling prices by next week. These typically set the tone for sour barrels, and more cuts are expected, adding pressure on traders to get rid of their long-term supplies fast.

“Get it off before there aren’t any more bids! Get to the front of the queue!” one European trader told Reuters, adding that he too was offering far in advance.

In a sign of desperation, traders were offering May cargoes of WTI Midland to Europe, unusually far in advance. Typically, cargoes for May delivery do not surface until at least April.

Commodities merchant Mercuria offered three May cargoes carrying WTI-Midland at dated Brent minus $3.40 for Rotterdam delivery on Monday, while Trafigura offered the same at minus $4.10 a barrel.

JBC consultancy estimated that there would be around 6 million barrels per day (bpd) of homeless crude in April and about 7 million bpd in May.

“Since this is not any longer a question of who has the lowest operating costs but who can attract buyers with sufficient midstream capacity to physically take the crude, cuts will be seen across all regions,” JBC said in a note on Tuesday.

Refineries worldwide have started to shut units, with some closing outright, while major operators like India’s IOC have declared force majeure on crude purchases as they struggle with the sudden stoppage in demand.

Oil futures have lost more than half their value in March.

West Texas Intermediate crude (WTI) at Midland, the United States’ flagship crude oil, grade-priced in the heart of the Permian Basin, fell to about $10 a barrel, its lowest since late 1998, as demand plummeted and tanks filled.

Dated Brent is the physical European benchmark, used to price over half of the world’s crude oil.

Export barrels at the U.S. Gulf were also offered at record discounts to U.S. futures, traders said, another signal of slumping demand.

U.S. pipeline operators have told producers to stop sending barrels without proof of buyers, lest pipelines be stuck with barrels. However, some producers that locked in space on new arteries to the U.S. Gulf are forced to ship those barrels due to long-term shipping agreements – meaning they are now flooding the coast with cheap crude.

WTI at East Houston (MEH) crude, one of the biggest Gulf Coast export grades, traded at $6 below benchmark futures, lowest on record. Mars crude, the U.S. Gulf sour benchmark, weakened to $8 below futures, the lowest since 2008.

Canada’s Western Canadian Select heavy oil for April delivery in Hardisty, Alberta, traded at about $7 per barrel, a discount of $13 to U.S. futures, according to NE2 Canada Inc., though volumes were thin.

Mexico’s Maya heavy crude, the primary Latin American oil price benchmark, fell to $9.24 per barrel on Monday, according to S&P Global Platts, the first time it hit the single digits in over 18 years.