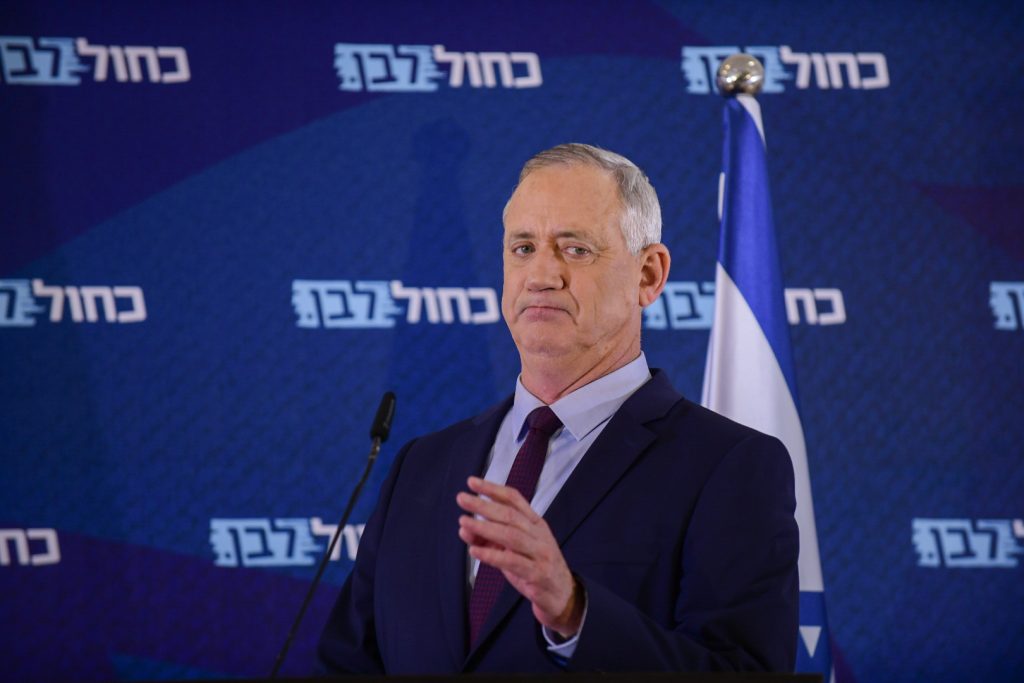 Blue and White leader Benny Gantz began the second chapter of his political career on Tuesday, taking over as speaker of the Knesset, not an entirely joyous occasion.

Gantz found himself the target of criticism both from his former colleagues in Blue and White who refused to enter a coalition with Prime Minister Binyamin Netanyahu‏‏, and from his new colleagues in the PM’s Likud party.

“Benny, how did you get there?” Segalovitz asked. “On Wednesday you sent us, my colleagues and I, to the High Court. You said ‘We can’t accept this link between the Knesset speakership and coalition negotiations. It will not stand. I’m halting negotiations immediately. I’m a man of principle.’ … What are you doing over there, Benny?”

“We summited the hill together, Benny. I reached the top and looked down. I found us up there and you below with a white flag.”

Yesh Atid’s Orna Barbivai, who served with Gantz in the IDF, told him as he listened silently from the speaker’s chair: “I followed you for years. Fifteen years in the military, the last year in politics. There was no one happier than I for the alliance between Yesh Atid and [Gantz’s] Israel Resilience.”

Gantz, who had little to say in response during the plenum, has justified his decision to enter a unity government with PM Netanyahu citing the coronavirus emergency, and has pledged to continue fighting for the Blue and White agenda.

From the Likud, Gantz was battered by MK Gideon Saar, who condemned the current negotiations for an expanded Cabinet to appease Gantz’s demands for ministerial posts. The Likud was seeking to add three ministers, bringing the number to a record 36.

“It should be a lean government,” Saar wrote on Twitter. “There have been large governments in Israel before, but it would not be right to form the most bloated government at a time of the worst economic crisis.”

Sa’ar also called for ministers, MKs, judges and director-generals to take a significant pay cut and decrease their pensions. He posted a letter showing that he had already done so.

“When dealing with the crisis over the coronavirus, it is important [for public figures] to set a personal example,” he wrote.

Regarding top government jobs, Saar lambasted Gantz’s outsized demands. “Fifteen ministers for the 58-MK right-wing bloc is reasonable and even modest,” he said. “But 15 ministers for a faction of 15 is completely ridiculous.”

Likud officials have tried to persuade Gantz that he could achieve the same goal of parity with Likud by requiring a special majority for key votes in the cabinet, according to The Jerusalem Post.

Meanwhile, Gantz did manage to please the opposition by reversing his predecessor Yuli Edelstein’s ruling that the Knesset conform to Health Ministry limits on public gatherings to no more than 10.

Up to 18 MKs will be able to convene in the plenum at any given time, he decided together with Knesset officials and his deputies, noting that the Health Ministry had said the Knesset could be an exception to the rule.

“My goal is to enable the Knesset to function as well as possible under the circumstances,” Gantz said.