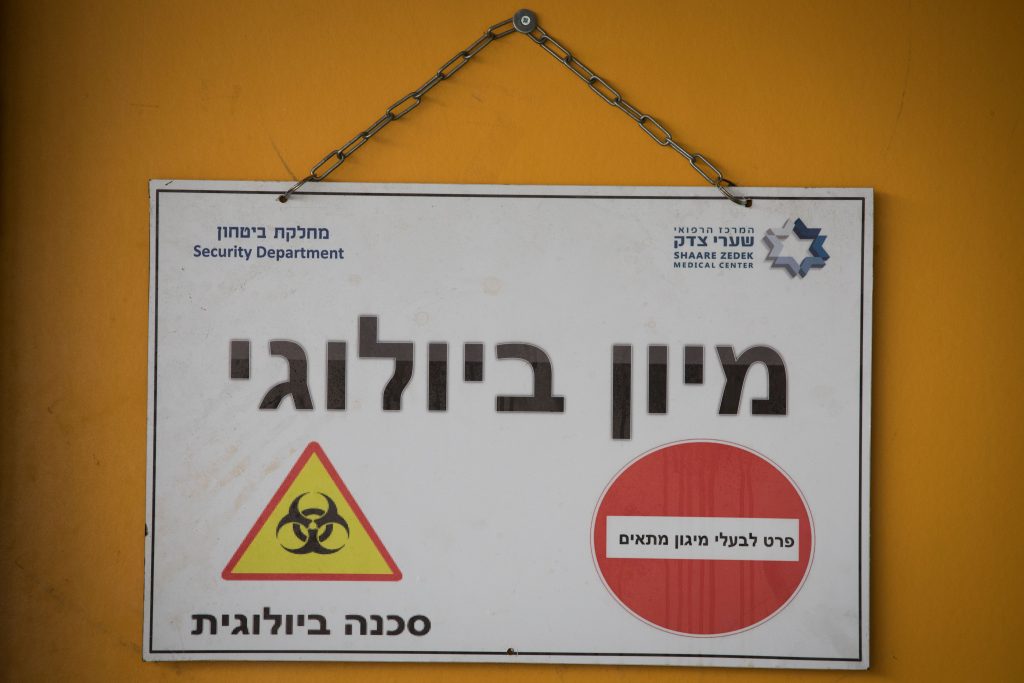 Israel has begun testing a COVID-19 vaccine prototype on laboratory animals at its bio-chemical defense center, a source said on Tuesday.

Prime Minister Binyamin Netanyahu ordered the Israel Institute for Biological Research (IIBR), in rural Ness Ziona, to join the fight against the coronavirus pandemic on Feb. 1, prompting an easing of its secrecy as it cooperates with civilian scientists and private firms.

In a statement, Netanyahu’s office said IIBR director Shmuel Shapira had informed him of “significant progress” in designing a vaccine prototype and that the institute “is now preparing a model for commencing an animal trial.”

A source familiar with IIBR activities told Reuters that trials were already underway on rodents, but would not say which kind.

The IIBR is widely assumed to have worked on biological and chemical arms projects. Israel neither confirms nor denies this.

In rare public comments, IIBR chief innovation officer Eran Zahavy said last week that the institute had shifted its entire focus to the new coronavirus, with three groups trying to develop a vaccine against the COVID-19 disease it causes, and others researching potential treatments.

“We are trying as much as we can to collaborate and have other ideas of other people,” he said at last week’s English-language online conference hosted by Jerusalem Venture Partners. “But the facility of the lab is very crowded and very busy and very dangerous, so it has to be very slow and very cautious.”

Israel has reported 4,473 cases of COVID-19 and 17 fatalities. Having tightened restrictions on public movement, Netanyahu is weighing a lockdown of parts of the country.

Both Netanyahu and the chief of Israel’s military, Lieutenant-General Aviv Kohavi, went into self-isolation this week after being exposed to coronavirus carriers. Netanyahu tested negative for the virus on Monday. Test results for Kohavi are pending, the military said.

Zahavy described arranging an animal test-subject as “a very big challenge” because “this disease is not affecting animals.”

“It’s not enough only to detect neutralizing antibodies in the animal. You really want to see them getting sick and getting better by this vaccine,” he said.

The IIBR has a “unique animal” for such tests, he said, as well as “a very unique technology to detect animals – even if they are not really sick – to follow them and see their interaction with the disease.” He did not elaborate.

The IIBR is also involved in plasma collection from people who have recovered from infection with the virus, in the hope that this might help research.