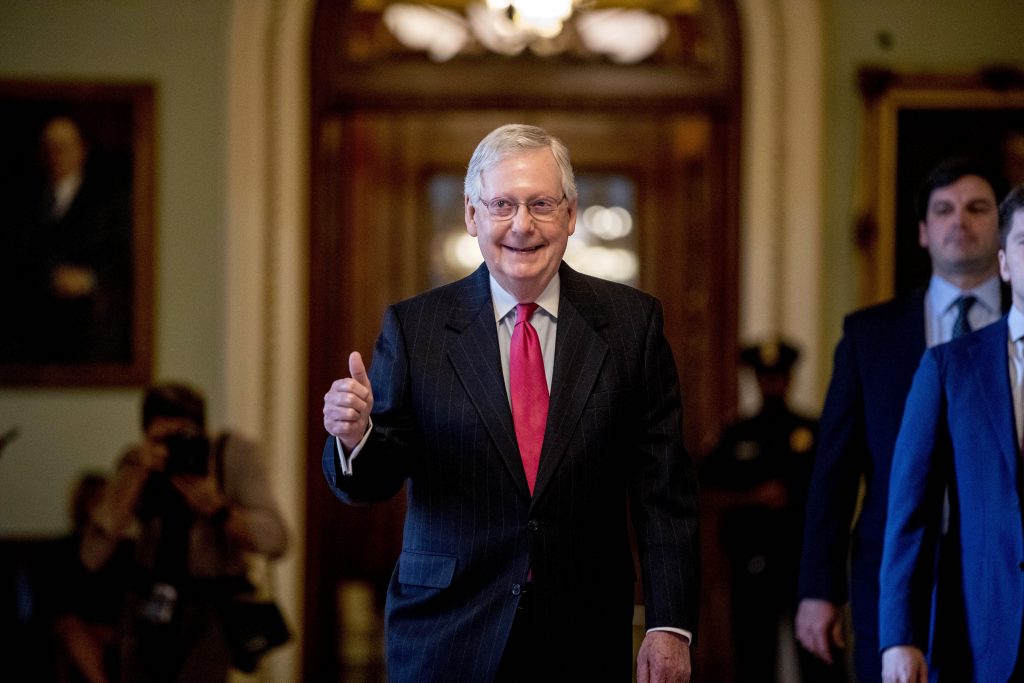 Senate Majority Leader Mitch McConnell, R-Ky., said Tuesday that the impeachment of President Donald Trump distracted the administration’s attention away from the coronavirus crisis, defending the president amid criticism of the delayed U.S. response to the pandemic.

In an interview with conservative radio host Hugh Hewitt, McConnell blamed the Democratic-led impeachment effort, even though Trump was acquitted by the Senate on Feb. 5 – more than three weeks before the first coronavirus death in the U.S.

“It came up while we were, you know, tied down in the impeachment trial,” McConnell told Hewitt. “And I think it diverted the attention of the government, because everything, every day was all about impeachment.”

The White House refused to cooperate with the Democratic-led impeachment probe, and the Senate swiftly acquitted President Trump without allowing any witnesses to testify during the trial.

McConnell’s comments also do not take into account the president’s own words and actions related to the coronavirus.

Trump repeatedly played down the threat the virus posed toward the United States. When news of the first U.S. case broke in late January, Trump declared, “We have it totally under control. . . . It’s going to be just fine.”

Democrats criticized the Trump administration in early February for not taking the crisis seriously enough, with some warning that medical institutions were in urgent need of additional staff and supplies.

Amid the first reports of community transmission in late February, Trump continued to dismiss the risk. “It’s going to disappear,” he said. “One day, it’s like a miracle, it will disappear.”

And despite McConnell’s claim that impeachment distracted Trump from addressing the coronavirus, the president did find enough time in January and February to hold a host of “Keep America Great” campaign rallies and fundraisers across the country.

The impeachment trial began Jan. 16, with a team of lawyers defending the president in the Senate. The government agencies involved in dealing with novel coronavirus – the Centers for Disease Control and Prevention, the Department of Health and Human Services and others – were not involved in the impeachment.

Trump enacted travel and quarantine measures in late January and signed an $8.3 billion emergency coronavirus spending bill in early March. In mid-March, the World Health Organization declared the virus a pandemic and the president began to shift his rhetoric and warn Americans to take steps to limit the spread.

In Tuesday’s interview, McConnell said Trump has been doing “very, very well” at leading the country during the pandemic, pointing to a recent Gallup poll that showed 60% of Americans – including 27% of Democrats – approve of his handling of the crisis.

“I think he’ll keep it up, and I’m proud of the way he’s been handling it,” McConnell said.