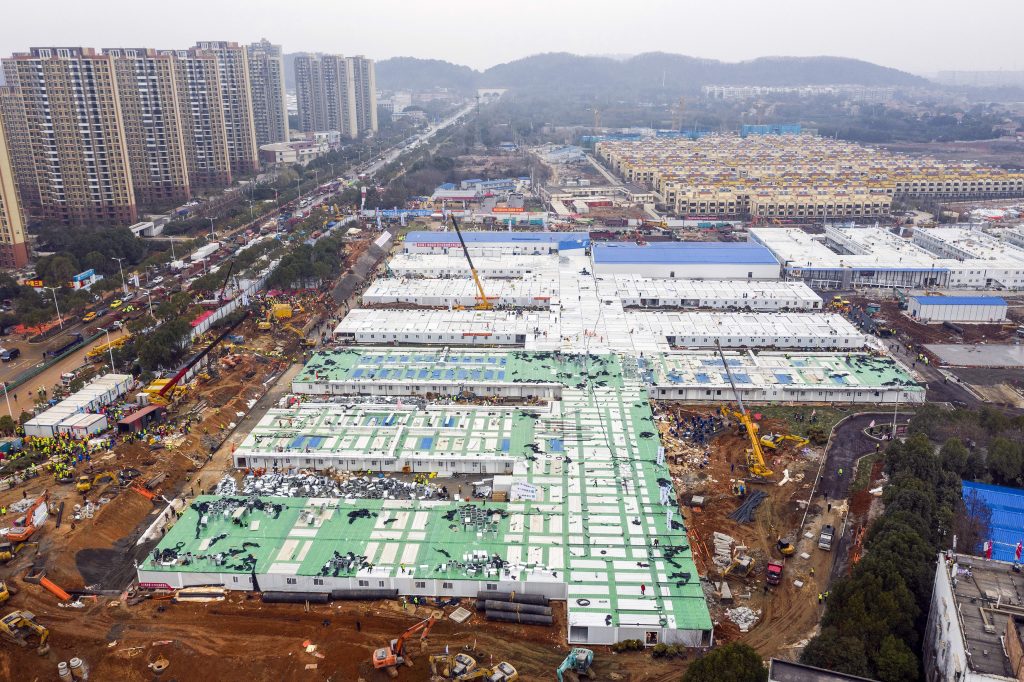 As it eases its strict coronavirus curbs, China has urged authorities to pay more attention to asymptomatic cases, part of efforts to allay public fears that large numbers of infectious people have gone unreported.

China is easing travel restrictions and allowing people to return to work in the city of Wuhan and the surrounding province of Hubei after two months of strict curbs on people’s movements with no new cases of the coronavirus reported for seven days in the region where it emerged last year.

But several studies have raised the possibility that the attempt to restore normal life might be premature, warning that lifting the restrictions in Wuhan so soon could lead to a second wave of infections.

The government said on Monday there were still risks, and it would step up screening, widen its testing coverage and ensure asymptomatic patients were detected earlier and that information was disclosed promptly.

But with Italy, Spain and the United States now exceeding 100,000 cases each, and with death tolls higher than China’s and still rising, experts fear the official data from Beijing might not tell the whole story.

“Even if China has 100 times more cases than were reported, still less than 1% of the population was infected,” said Raina McIntyre, head of biosecurity research at the Kirby Institute at the University of New South Wales.

Residents and medical staff in Wuhan told Reuters that testing problems at some hospitals meant that some infected people were not identified, and thus were not included in official data.

But concerns have also been expressed about China’s failure to include asymptomatic patients in total case numbers. Anxious members of the public have taken to social media to express concern that authorities have covered up sources of transmission.

On March 12, a resident of a central village said in a widely shared social media post that there were several new cases of coronavirus infection in the city of Yueyang, “but the new case list still shows zero!”

The local government revealed the following day that five residents had indeed received confirmed diagnoses, but because they showed no symptoms, authorities were not obliged to disclose the figures to the public.

“I don’t think that’s very safe,” said a shopkeeper who only gave his surname of Zhang, talking about the plan to lift restrictions in the city on April 8.

“Haven’t there been reports on the internet that some people have recovered and checked multiple times but they later died?”

Last month, the National Health Commission overruled a decision by the China Centers for Disease Control and Prevention to include asymptomatic patients in case numbers. The World Health Organization has said China’s methodology was consistent with its own when it comes to handling people infected with the coronavirus who show no symptoms.

However, other cases have emerged in Hubei and the neighboring province of Henan of asymptomatic and undiagnosed people going on to infect others, including medical staff.

Officials and health experts have played down the risks, with senior medical adviser and veteran coronavirus expert Zhong Nanshan telling media on Monday that China did not have a large number of such cases.

WHO epidemiologist Maria van Kerkhove told a conference in Geneva last week that in the majority of cases, the main drivers of coronavirus transmission were symptomatic patients, and many of the people listed as “asymptomatic” would go on to develop symptoms a few days after their diagnosis.

But China has now decided that safe is better than sorry.

At a Monday meeting led by Premier Li Keqiang, a special central government coronavirus taskforce said the country needed to pay attention to potential “leaks” in control and prevention.

Greater screening needed to be devoted to asymptomatic cases and the people with whom they have been in contact, it said.

The Monday meeting also promised to “resolutely prevent late reporting” and test representative samples of key regions in order to ascertain how prevalent asymptomatic cases are.

McIntyre said stepping up tests was a necessary step.

“Most of the population is susceptible, so strong testing and surveillance is required for early detection of new outbreaks,” she said.