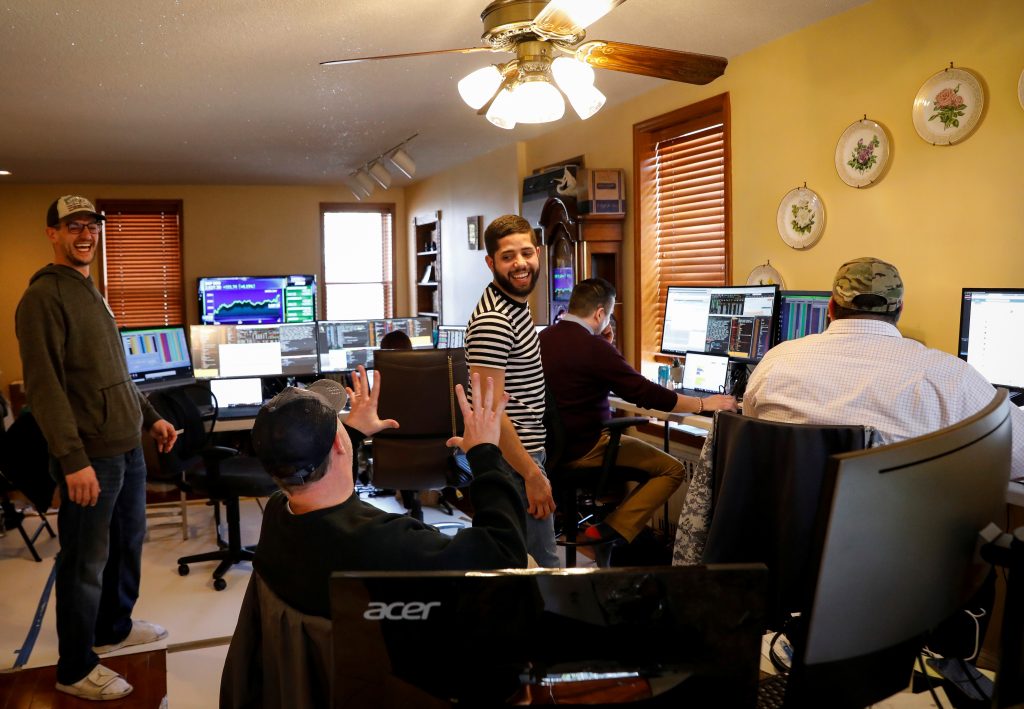 The rally tacked more gains onto a recent upswing for the market, which is coming off the best week for the S&P 500 since hitting bottom after the financial crisis 11 years ago. Nascent optimism is budding on Wall Street that the worst of the selling may be over, but markets around the world remain tentative amid uncertainty about whether global authorities can nurse the economy through the pandemic. The S&P 500 remains about 23% below its record set last month, and oil tumbled to an 18-year low.

In early afternoon trading on Monday, the S&P 500 was up 2.3%. European indexes rose modestly after erasing earlier losses. Asian markets were down, but by much milder degrees than the huge swings that have rocked investors over the last month.

A surge for health care stocks led the way at the week’s open. Abbott Laboratories jumped 8.2% after saying it has a test that can detect the new coronavirus in as little as five minutes. Johnson & Johnson leaped 8.8% after it said it expects to begin human clinical studies on a vaccine candidate for COVID-19 by September.

Stocks jumped last week as the Federal Reserve promised to buy as many Treasuries as it takes to get lending markets running smoothly and Capitol Hill agreed on a $2.2 trillion rescue package for the economy. .

“The market wants to see everything line up, and last week everything lined up,” said Nela Richardson, investment strategist at Edward Jones, referring to the unprecedented aid from the Fed and Congress.

Now, she said, President Donald Trump also appears to be in sync with health experts about the need to restrict the economy to slow the spread of the virus. Trump on Sunday extended social-distancing guidelines, which recommend against group gatherings larger than 10, through the end of April after earlier saying he wanted the economy open by Easter.

“Now that message is in line,” said Richardson. “All these things line up coming into this week, and that’s why you saw strong performance last week continuing today.”

Some of Monday’s sharpest action was in the oil market, where benchmark U.S. crude fell more than 5% and touched below $20 per barrel for the first time since early 2002. Oil started the year above $60, and prices have plunged on expectations that a weakened global economy will burn less fuel. The world is awash in oil, meanwhile, as producers continue to pull more of it out of the ground.

Most voices on Wall Street are telling investors to prepare for more losses, but a 16% surge for stocks since last Monday has the first green shoots of optimism appearing.

Forced selling by investors looking to raise cash may be easing, and Morgan Stanley strategists said the worst may be behind us. They say another pullback in stocks is likely, but current levels offer some buying points for investors willing to wait six to 12 months. “Our base case is that the lows are in for this bear market for most stocks,” they wrote in a report.

Goldman Sachs, though, warned the market will likely turn lower in coming weeks, though they expect the S&P 500 to recover to 3,000 by the year’s end. One factor against markets is that companies aren’t buying back as much stock as politicians have railed against repurchases made before the outbreak. Any slowdown in buybacks will have a big impact because companies themselves have been the single biggest source of demand for U.S. stocks in recent years, according to Goldman Sachs.

Most investors say they expect markets to remain extremely volatile until the virus slows its spread. Until then, investors won’t know how long the economic downturn will ultimately last. In a sign of increased caution, the yield on the 10-year Treasury fell to 0.64% from 0.74% late Friday.

Economists expect a number of weak reports on the economy to come in through the week. The lowlight will likely be Friday’s jobs report, where economists expect to see the largest fall in the nation’s payrolls since the Great Recession.

Most people who contract COVID-19 have mild or moderate symptoms, which can include fever and cough but also milder cases of pneumonia, sometimes requiring hospitalization. The risk of death is greater for older adults and people with other health problems.