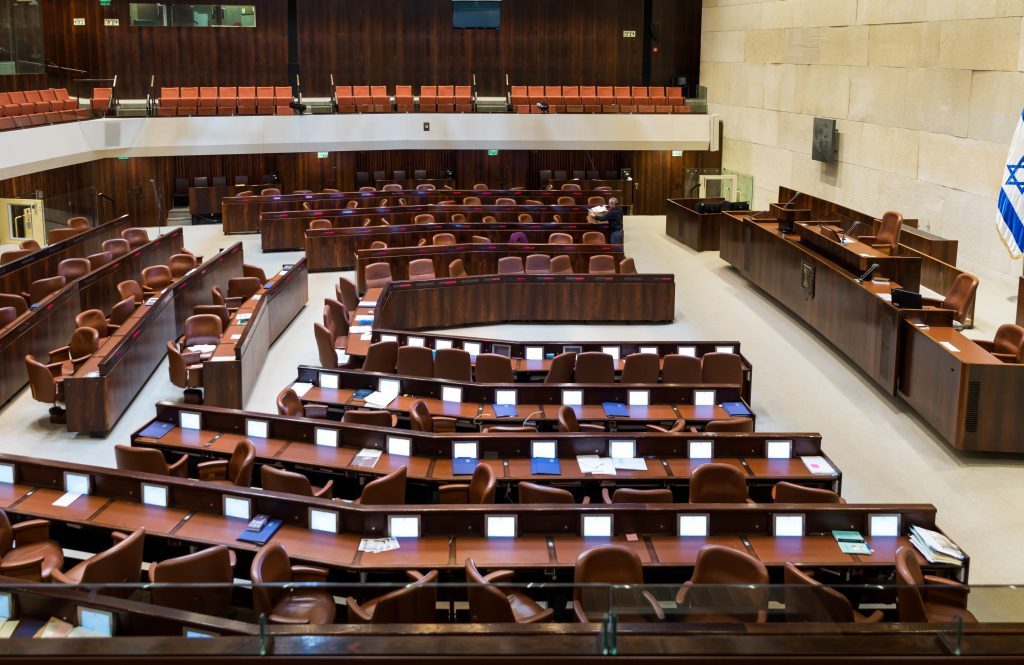 The Likud is seeking to increase the number of ministers in the government to 36, in an attempt to mollify unrest in the party among senior MKs who feel they deserve a ministerial post, but will not receive one. The party is trying to increase the number of ministers from its current 30 to 36, Channel 12 reported, but Benny Gantz’s Blue and White is resisting the idea.

Under the outline of the coalition agreement for a unity government, the 15 ministries will be split equally between the right and left blocs. The latter consists of Blue and White’s 17 MKs, and Amir Peretz, head of Labor-Meretz, who will be joining the government as well, according to media reports. It is not clear if the rest of Labor will be joining him, but Likud MKs are upset that nearly every Blue and White MK will get a ministerial post, while senior Likud officials will have to split a limited number of posts. Reports Sunday said that Peretz would likely be appointed economy minister.

Already two prime ministries – interior and health – are reserved for their current occupants, Rabbi Aryeh Deri and Rabbi Yaakov Litzman. Yemina, which supported the Likud throughout the election, is also expecting an “important” portfolio, and party officials have reacted with anger to reports that Prime Minister Binyamin Netanyahu may pass over them in order to reserve an extra ministry for Likud MKs. While the party realizes that it is unlikely that Naftali Bennett will remain on as defense minister, they are expecting an equally prestigious post, such as finance minister.

Netanyahu believes that the issue could be resolved by increasing the number of ministers. Currently, 15 Likud MKs are ministers, and Netanyahu is hoping to provide all of them with a ministry in the new government. Blue and White is opposed. Party sources told Channel 12 that the number of ministers planned for the next government is the largest number since 2009, and that each ministry costs the taxpayers NIS 5-6 million a year – expenditures that Israel cannot afford, especially now.