Regional Poll: Gov. Cuomo Wins Over 87% of NY Voters With His Handling of Coronavirus Crisis
Regional 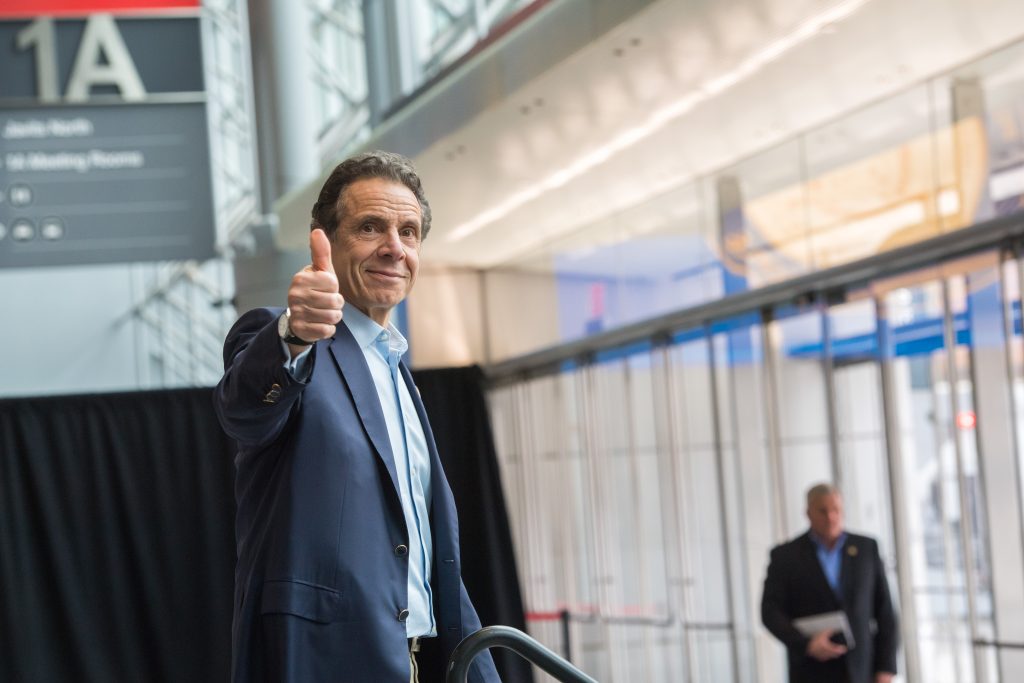 New York Gov. Andrew Cuomo’s handling of the coronavirus crisis is approved by 87% of the state’s registered voters, according to a poll released Monday by Siena College. That’s more than double the 41% of New Yorkers who approve of President Donald Trump’s management of the global pandemic that has killed more than 2,500 Americans.

Cuomo, who is dealing with the epicenter of the crisis in the United States, has gained widespread recognition for his efforts to protect New Yorkers. During his daily briefings that are aired on national TV, Cuomo bluntly details the growing infection rate and death toll, defends New Yorkers as other states try to crack down on their movements, and at times consoles his state’s 20 million residents about the uncertainty the virus has created in their lives.

Trump, citing the approval numbers, said Cuomo’s popularity was buoyed by the medical aid that the federal government has provided for New York. He also said that Cuomo would be a better Democratic presidential nominee than Joe Biden.

“I wouldn’t mind running against Andrew. I’ve known Andrew for a long time. I wouldn’t mind that, but I’ll be honest, I think he’d be a better candidate than Sleepy Joe,” Trump said, in a reference to former Vice President Joe Biden on Monday on “Fox and Friends.”

“Every poll that says I’m going to win … (Cuomo’s) gotten good marks, but I’ve gotten great marks on what we’ve done with respect to this,” Trump said.

Cuomo, asked about the president’s comments during his daily briefing, said he took Trump’s words as “a compliment,” but he is not running for the White House.

“Forget the politics, we have a national crisis,” Cuomo said. “There is no red and blue, it’s red, white and blue. Let’s get over it and lead by example.”

He is one of several governors, including California Gov. Gavin Newsom, who have filled a vacuum created by the federal government’s lack of a coordinated national effort in providing ventilators, testing kits and other crucial supplies. They also acted early in shutting down businesses and other activities, aiming to slow the spread of the infections.

“They’re providing real leadership. They’re listening to the scientists, doctors, medical experts, and putting the health of their constituents first,” said former California Gov. Gray Davis. “At the end of the day, governors are held responsible for what happens within their borders, and their job is to fight for the well-being and health of their own people.”

Cuomo’s overall popularity increased to 71%, a huge jump from the 44% he received in February, according to the poll. The governor last saw such favorability ratings seven years ago, when he proposed gun control legislation in the aftermath of the mass shooting at Sandy Hook Elementary School in Connecticut.

The poll of 566 registered voters was conducted by telephone calls between March 22 and 26. The margin of error is 4.5 percentage points in either direction.