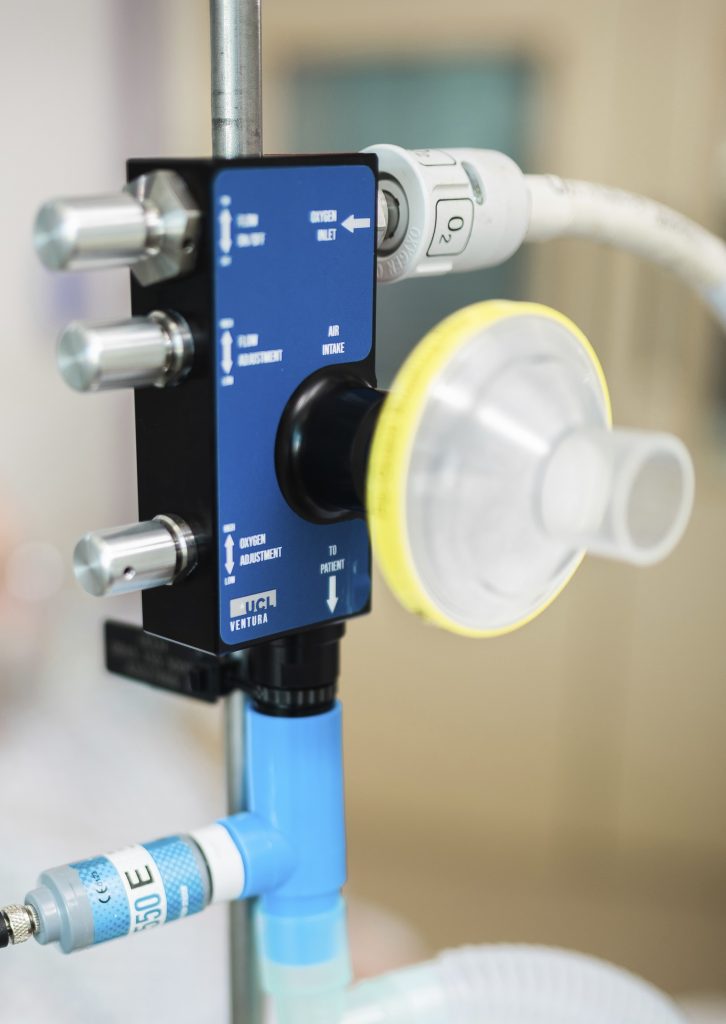 Formula One team Mercedes has helped to develop a breathing aid that could keep coronavirus patients out of intensive care and ease some pressure on Britain’s strained health service.

The device, known as continuous positive airway pressure, has been used extensively in hospitals in Italy and China to deliver oxygen to the lungs of coronavirus patients during the pandemic.

UCL said the adapted devices have been recommended for use in Britain and that 100 of them are being sent to its hospital for clinical trials. There is the potential for quick rollout by Mercedes to hospitals across the country.

Tim Baker, a professor from UCL’s department of mechanical engineering, said clinicians called on the “capability of Formula One” to reduce a process “that could take years down to a matter of days,” with the adapted device taking less than 100 hours to develop from an initial meeting.

“We have been proud to put our resources at the service of UCL,” said Andy Cowell, managing director of Mercedes, “to deliver the CPAP project to the highest standards and in the fastest possible time frame.”

The technology arms of six other teams — Red Bull, Haas, McLaren, Renault, Williams and Racing Point — has contributed to the developing of the medical devices in the fight against the virus, as part of what F1 has labeled “Project Pitlane.”

McLaren, for example, told The Associated Press it has been focused on component manufacturing for ventilators, and is “additionally deploying planning, project management and purchasing teams to procure all parts to help ramp up production.”

F1 said the teams will continue to pool their resources and “support in other areas requiring rapid, innovative technology responses to the unique challenges posed” by the pandemic.

The CPAP machines work by pushing a mix of oxygen and air into the mouth and nose at a continuous rate, helping to increase the amount of oxygen entering the lungs. They are used routinely by Britain’s National Health Service, but are in short supply currently.

For most people, the new virus causes mild or moderate symptoms, such as fever and cough that clear up in two to three weeks. For some, especially older adults and people with existing health problems, it can cause more severe illness, including pneumonia and death.

The F1 season has yet to start, with the first eight races of the schedule having been postponed or canceled. It means there will be no racing until the middle of June at the earliest.

Mercedes is the leading team in F1, with defending champion Lewis Hamilton as its top driver.