Israel Israeli Cabinet to Meet on Coronavirus, Gatherings May Go Down to 2
CoronavirusIsrael 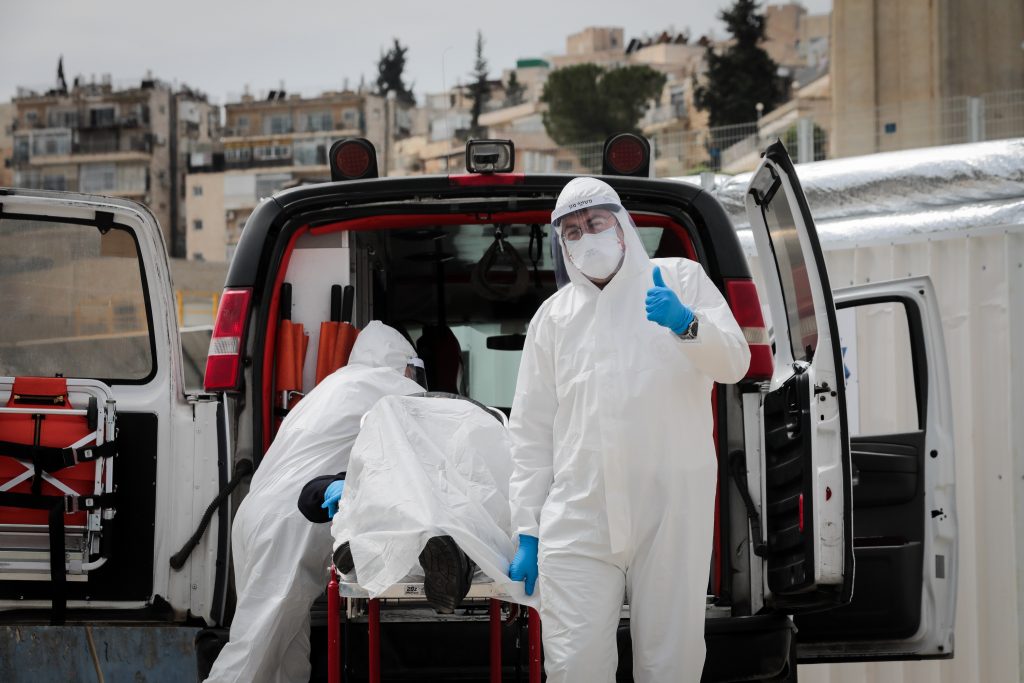 The Israeli Cabinet was set to meet later Monday to deliberate on whether to tighten movement restrictions in response to the coronavirus pandemic.

On the agenda will be a proposal to limit gatherings from ten to two people, with the exception of family members, according to Channel 12. It was not immediately clear whether that would affect minyanim, which have been held in minimum numbers across the country after shuls were closed.

Also to be discussed was the possibility of cutting in-office workers in the public sector by a further 50 percent.

The rules would come in addition to the existing ban on Israelis from going out more than 100 yards from their homes, except for shopping for food or medicines or going to work.

The question of closure of communities with high rates of infection, such as Bnei Brak and Telz Stone, was also to be determined.