Israel Israeli Health Ministry Head: No Timeline Yet on Back to Normal
Israel 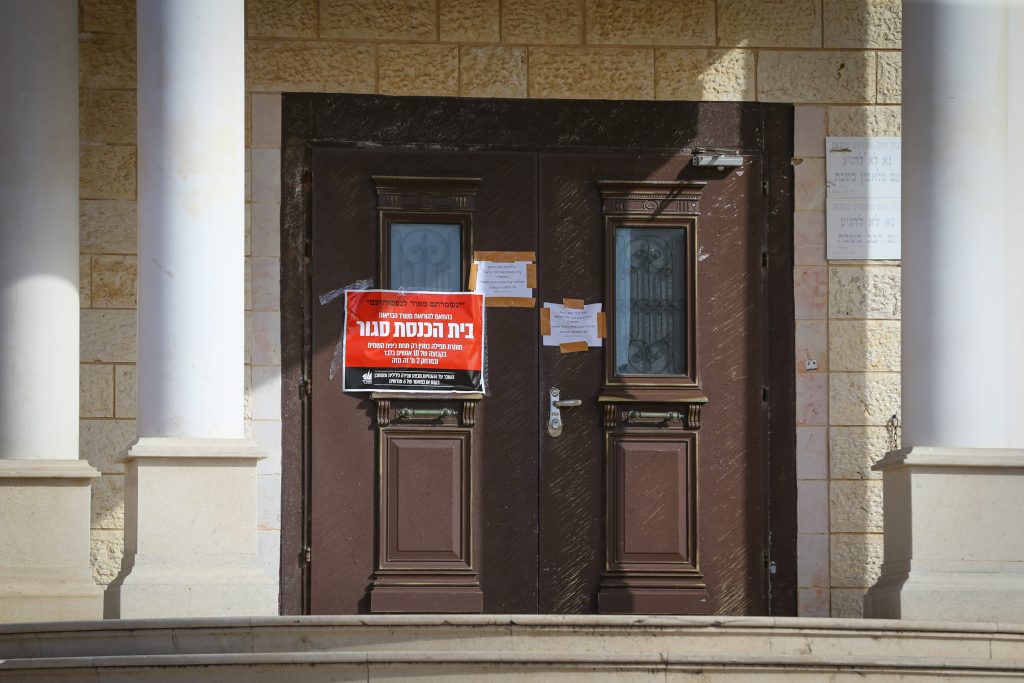 With Israelis more or less resolved to remain under strict house quarantine through Pesach, the question of when the all-clear signal will be sounded remains – and that is likely to happen later than sooner, Health Ministry Director-General Moshe Bar-Simantov said in an interview Monday. Speaking to Reshet Bet, Bar-Simantov said that given the current statistics, things will – unfortunately – be getting worse before they get better.

As of Monday morning, there were 4,347 diagnosed cases of coronavirus in Israel, 80 of them patients in serious or critical condition, and an additional 63 on respirators. Of the total, 543 are in hospitals, 2,107 are being cared for at home, and 134 people have recovered. All those numbers are likely to increase significantly in the coming days, Bar-Simantov said, because “we see that people are still not following the rules. There are still people in the streets. We are going to have to further limit permits to go outside into the public space, limiting crowds to no more than 10 and only for events that cannot be postponed, like funerals.” That means, he implied, that outdoor minyanim that many have now taken to attending could be banned as well.

If the rules on quarantine are followed, Bar-Simantov said, Israel still had a chance to overcome the virus sooner than later. “Things are not totally bleak, but we see the situation in other countries. The only chance we have is further enforcement of the quarantine,” he said.

As to when things will go back to normal, Bar-Simantov said that at this time it is impossible to know. “We would like to be in a situation where after Pesach the rate of recovery is sufficient enough that we can take small steps to return to routines – not fully, however. In my opinion the school year will not recommence after Pesach, and I do not know when classes will be back in session. We are playing for time,” and hopefully, time will work for us. Meanwhile, we are dealing with this crisis using the best medical and technological advances that we have available.