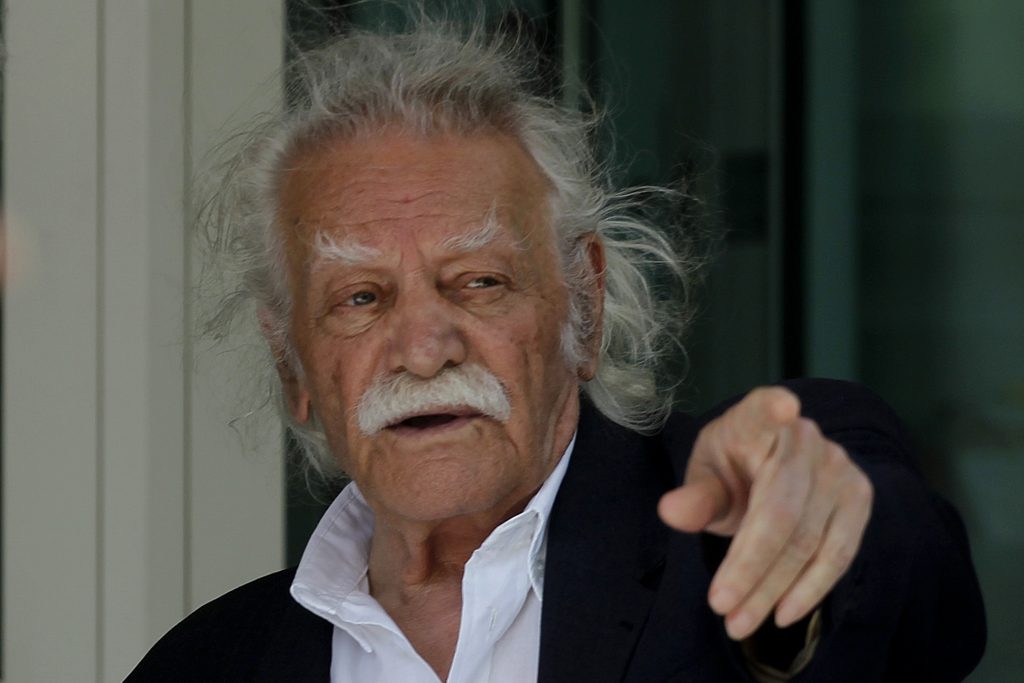 Manolis Glezos, a Greek World War II resistance hero, who remained active in politics into his nineties, has died in Athens. He was 97.

Government spokesman Stelios Petsas expressed the government’s condolences minutes after Glezos’ death was announced Monday. Authorities at a public hospital where Glezos had been treated said he died of heart failure.

He is to be given a state funeral, though details were not immediately known.

At age 18, Glezos and a friend and fellow university student, Lakis Santas, climbed up the Acropolis in Athens at night and cut down the Nazi flag. It had been raised one month earlier when the country fell under German occupation in the spring of 1941.

“It was a large flag and when it fell it covered us. We got it off us, hugged and danced a little, right on the spot,” Glezos told a program for state TV decades later.

The two students had studied access to the heavily guarded Acropolis from books at a public library.

Glezos was repeatedly imprisoned during the war by the occupation authorities as well as after the war when Greece endured a three-year civil war and decades of political upheaval.

He worked as a journalist for the official Greek Communist Party newspaper and the left-wing daily Avgi, and remained active in politics throughout his life, returning to the birthplace of his mother, the island of Paros, at age 88, to serve on the municipal council.

He re-entered national politics in 2012 as a member of Parliament with the left-wing Syriza party led by former prime minister Alexis Tsipras, before being elected to the European Parliament in 2014. He retired the following year, but continued to lend his public support to protest initiatives, mostly against harsh economic austerity linked to the financial crisis and international bailout.

Conservative Prime Minister Kyriakos Mitsotakis led tributes to Glezos, describing him as a “lion-hearted man with a kind look.”

“Greeks are poorer today following the death of Manolis Glezos,” said Mitsotakis, “but he leaves the country richer for the life that he led and the example he gave: a genuine patriot and true fighter.”