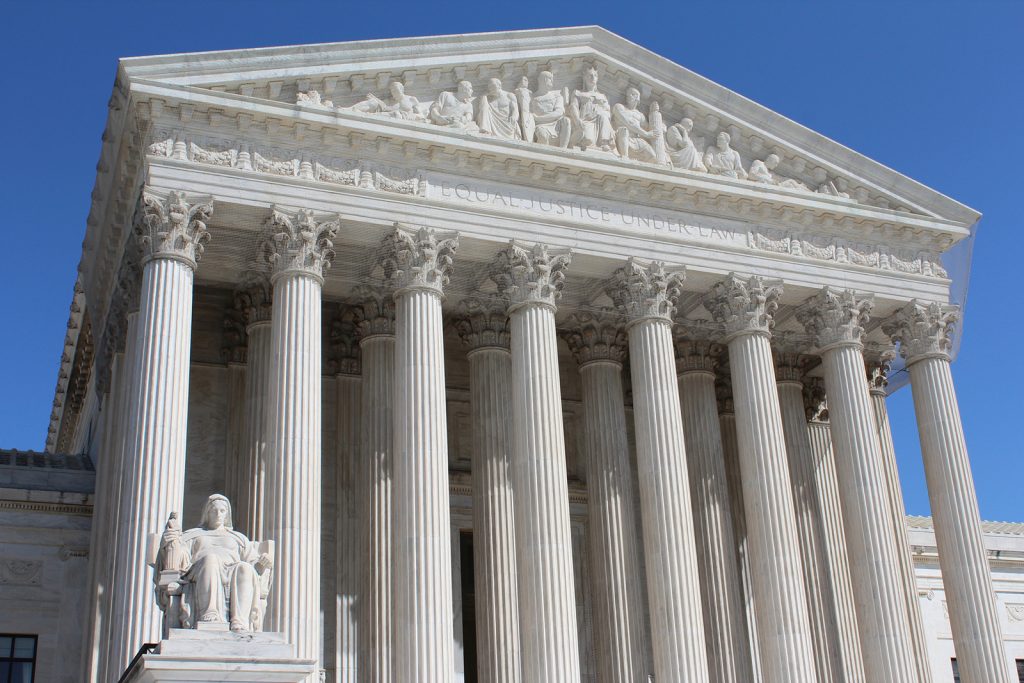 The coronavirus pandemic has put on indefinite hold a major portion of the U.S. Supreme Court’s docket, including a multibillion-dollar clash between software giants Google and Oracle Corp. and cases that could affect President Donald Trump’s reelection chances.

What was supposed to have been a drama-filled spring at the high court has instead become a season of waiting, especially for the lawyers and litigants in 20 arguments that had been scheduled for March and April. The court has postponed 11 of those cases and could do the same soon for the remaining nine.

The cases include fights over congressional and grand jury subpoenas for Trump’s financial records — clashes that need to be resolved in the court’s current term to give the president’s critics any chance of seeing the documents before the November election. Also on hold is a clash over the Electoral College for presidential elections and an $8 billion copyright dispute between Alphabet Inc.’s Google and Oracle.

It’s not clear whether the justices are still hoping to resolve those cases in their current term, possibly by forgoing argument or by breaking tradition and hearing arguments by phone or online. Lawyers say they’ve received no guidance from the court on the subject, though briefing deadlines are still in force. The term normally ends in late June, although that time frame is now in doubt as well.

“As far as oral arguments go, we’re just waiting upon the court,” said Jay Sekulow, the lead lawyer for Trump in the president’s bid to block a New York grand jury subpoena for the president’s financial information. The case had been set for argument March 31.

Courtroom arguments are unlikely anytime soon. Elderly people are at increased risk of dying should they contract the coronavirus, and two justices are in their 80s — Ruth Bader Ginsburg, 87, who’s been treated in recent years for pancreatic and lung cancer, and Stephen Breyer, 81. Four others are 65 or older, including Justice Sonia Sotomayor, 65, whose type 1 diabetes puts her at additional risk.

The court is moving ahead with rulings in dozens of cases that have already been argued. The justices issued four opinions last week and are likely to release more this week.

The grand jury subpoena case shows the difficulty of holding arguments in the near future. Sekulow’s adversary would be Carey Dunne, a lawyer in the Manhattan district attorney’s office whose city is at the epicenter of the COVID-19 outbreak. The White House says anyone traveling from New York should self-quarantine for 14 days.

And yet the subpoena cases are also among the most time-sensitive, at least from the standpoint of the Democrats seeking the information. Lower courts required Trump’s banks and accountants to turn over the records, which could include his tax returns, but those rulings are on hold.

“Delaying this case is effectively picking a side,” seven liberal groups led by Demand Justice said Wednesday. “Every day that Trump is allowed to keep his tax returns secret is a day that he has won and the public has lost.”

Similarly, the court had been aiming to resolve clashes over the Electoral College, the body that will formally select the next president, before any election controversies may arise. At issue in cases scheduled for argument April 28 is whether states can stop “faithless electors” who try to cast a vote for someone other the candidate who won their state’s balloting.

“We’ve gotten no indication about whether it’s going forward,” said Lawrence Lessig, a Harvard Law School professor and the lawyer for two groups of electors who say they have the right to vote as they please. But “we’re preparing as if it is.”

Other cases could more easily be deferred until the new term opens in October. That includes Google’s appeal of a ruling that the software giant improperly used Oracle’s copyrighted programming code in the Android operating system. Oracle says it’s entitled to at least $8.8 billion in damages in the case, which had been scheduled for a March 24 argument.

Google’s lawyer, Tom Goldstein, said he is preparing as if the argument will now be in April even though “it’s unlikely.” That includes taking part in “moot court” practice arguments using Google video chat, he said.

Joshua Rosenkranz, Oracle’s lawyer, said he’ll put his three planned moot courts back on his schedule once the court sets a new argument date. He said he expects Chief Justice John Roberts, who argued 39 Supreme Court cases before becoming a judge, will ensure the lawyers have ample time to ramp back up.

“The chief justice certainly knows how much time it takes to prepare to stand up in the Supreme Court,” he said.