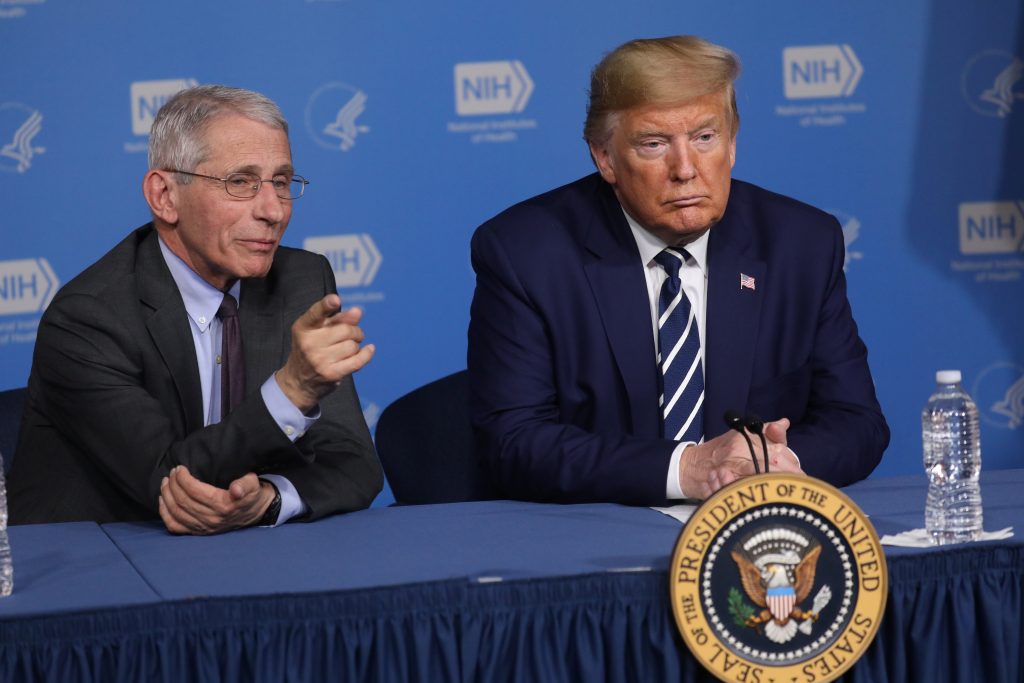 White House health experts argued strongly with President Donald Trump to extend a stay-at-home order for Americans fighting the spread of the coronavirus so the country could start seeing the rates of infection come down, a top U.S. health official said on Monday.

“We felt that if we prematurely pulled back, we would only form an acceleration, or a rebound of something, which would have put you behind where you were before,” Dr. Anthony Fauci, director of the National Institute of Allergy and Infectious Diseases, said in an interview with CNN.

“And that’s the reason why we argued strongly with the president that he not withdraw those guidelines after 15 days, but that he extend them. And he did listen.”

Trump dropped a hotly criticized plan to get the economy up and running by mid-April after Fauci said on Sunday as many as 200,000 Americans could die from the coronavirus outbreak.

The reversal came as the U.S. death toll topped 2,460 from the respiratory disease, according to a Reuters tally, with more than 141,000 cases, the most of any country in the world.

At a news briefing on Sunday, Trump said he did not want to declare victory over the virus prematurely and his health advisers said not extending the order would result in more suffering and deaths.

“Dr. Debbie Birx and I went in together in the Oval Office and leaned over the desk and said, ‘Here are the data. Take a look,'” Fauci told CNN. “He looked at them and he just shook his head and said, ‘I guess we got to do it.'”

“From a public health standpoint, we felt strongly that it would have been the wrong decision to pull back,” he said.

On his estimates of potential deaths, Fauci pointed out that 60,000 people died of influenza over the 2017-18 winter, so he would not be surprised if there were 100,000 deaths from coronavirus in the United States.