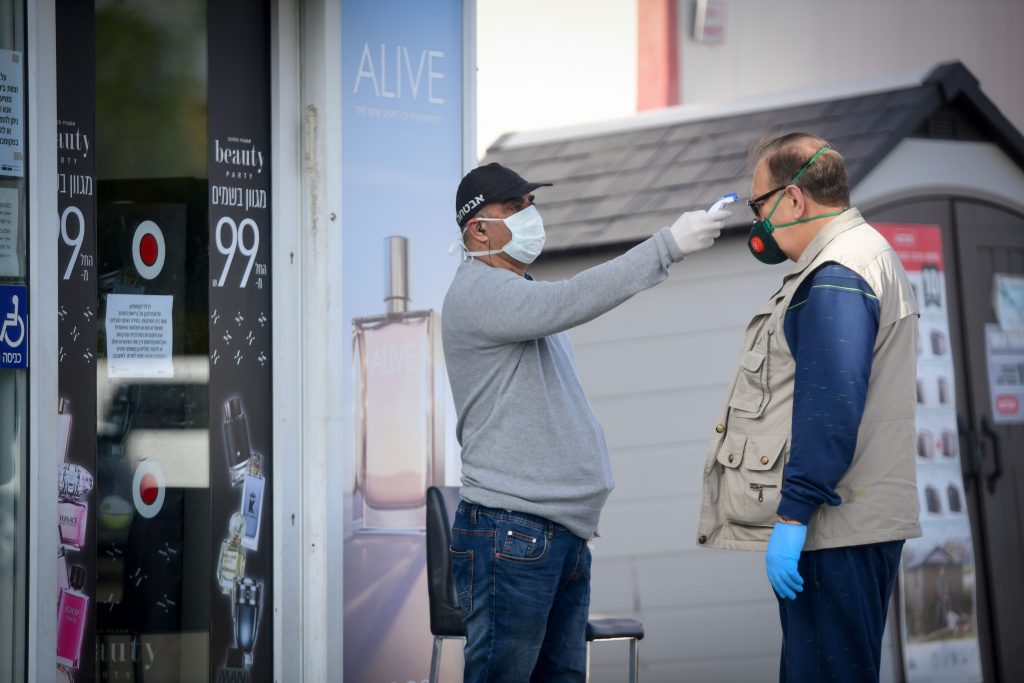 Fatalities from the coronavirus in Israel reached 15 on Sunday as Rosa Sherman, 84, passed away at Shaarei Tzedek Medical Center in Yerushalayim.

The hospital said she was she was hospitalized six days ago in very serious condition.

Sherman was the third person to die from the virus since Sunday morning. Earlier, one person died in Bnei Brak and another in Yerushalayim, both in their 90s.

As of Sunday morning, there were 3,865 confirmed coronavirus cases in Israel, the Health Ministry said. Of those, 66 are in serious condition, including 54 who were breathing with the help of ventilators. Another 82 people were in moderate condition, while the rest had minor symptoms.

Concern has been growing about the supply of ventilators. According to a report prepared last week for the Knesset’s Special Committee on Dealing With the Coronavirus, there are at most 1,437 ventilator machines in the country still available. However, the Health Ministry said the figure was inaccurate, and that 2,864 ventilators are still available for use.

Meanwhile, the Health Ministry was set to begin random coronavirus testing at supermarkets around the country on Monday, according to Channel 12. The screening will target both workers and customers. Israelis are still permitted to shop in supermarkets, while observing distancing restrictions, though many have switched to making online orders.

The aim of the supermarket checks is to better estimate the rate of infection in the general population, as many Israelis are believed to be asymptomatic carriers. It also seeks to block a potential outbreak in supermarkets, which remain open under partial lockdown rules.

Also on Sunday, Cabinet ministers approved a decision, via telephone, to allow the Health Ministry to accept donations of medical equipment. The donations include protective clothing for medical staff.

In the Prime Minister’s Office, an adviser to Prime Minister Netanyahu underwent a test for coronavirus on Sunday after her husband was hospitalized with COVID-19 over the weekend, suggesting the possibility that the PM himself may have been exposed.

“The family member is in the minor cases department; the aide has no symptoms. She has reported to the bureau and took a [coronavirus test] this morning,” sources close to  PM Netanyahu’s adviser on chareidi affairs, told Channel 12 news.

“The rules for keeping distance from the prime minister and those near him were maintained in accordance with the instructions of the Health Ministry, even before the family member was found positive,” they said.

The Prime Minister’s Office confirmed that the advisor met with Netanyahu on Thursday but said that “the appropriate distance was kept.”

Netanyahu and President Reuven Rivlin, along with a number of close aides were tested recently for coronavirus and the results were all negative.