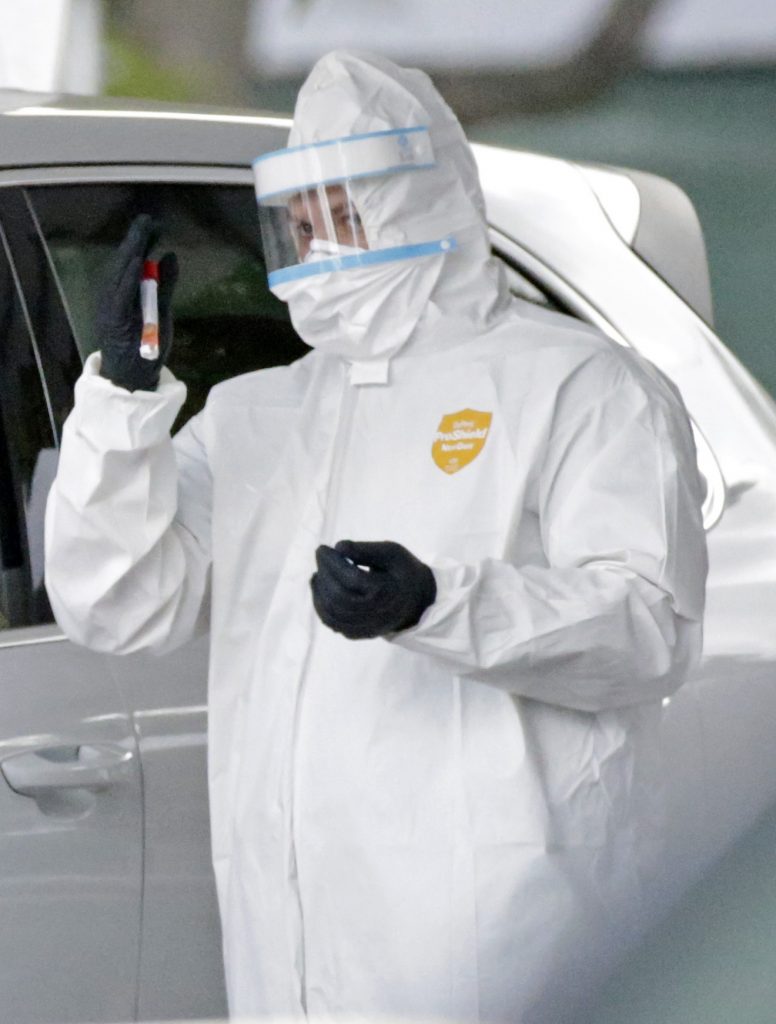 Abbott Laboratories is unveiling a coronavirus test that can tell if someone is infected in as little as five minutes and is so small and portable it can be used in almost any health care setting.

The medical-device maker plans to supply 50,000 tests a day starting April 1, said John Frels, vice president of research and development at Abbott Diagnostics. The molecular test looks for fragments of the coronavirus genome, which can quickly be detected when present at high levels. A thorough search to definitively rule out an infection can take up to 13 minutes, he said.

Abbott has received emergency use authorization from the U.S. Food and Drug Administration “for use by authorized laboratories and patient care settings,” the company said on Friday.

The U.S. has struggled to supply enough tests to detect the virus, even as the outbreak threatens to overwhelm hospitals in New York, California, Washington and other regions. After initially restricting testing to high-risk people, and problems with a test designed by the Centers for Disease Control and Prevention, U.S. regulators have rushed out diagnostics made by the world’s leading commercial-testing companies.

The technology builds on Illinois-based Abbott’s ID Now platform, the most common point-of-care test currently available in the U.S., with more than 18,000 units spread across the country. It is widely used to detect influenza, strep throat and respiratory syncytial virus, a common bug that causes cold-like symptoms.

The test starts with taking a swab from the nose or the back of the throat, then mixing it with a chemical solution that breaks open the virus and releases its RNA. The mixture is inserted into an ID Now system, a small box weighing just under 7 pounds that has the technology to identify and amplify select sequences of the coronavirus genome and ignore contamination from other viruses.

The equipment can be set up almost anywhere, but the company is working with its customers and the Trump administration to ensure the first cartridges used to perform the tests are sent to where they are most needed. They are targeting hospital emergency rooms, urgent-care clinics and doctors’ offices.

Other companies are also rolling out faster testing systems. Henry Schein Inc. on Thursday said its point-of-care antibody test, which looks for evidence that a person’s immune system has already fought off the infection, was available. The blood test can be given at the point of care and delivers results in about 15 minutes, though it can’t be used to definitively diagnose a current infection.