Israel Gantz to Lapid, Yaalon: Thanks for the Memories
Israel 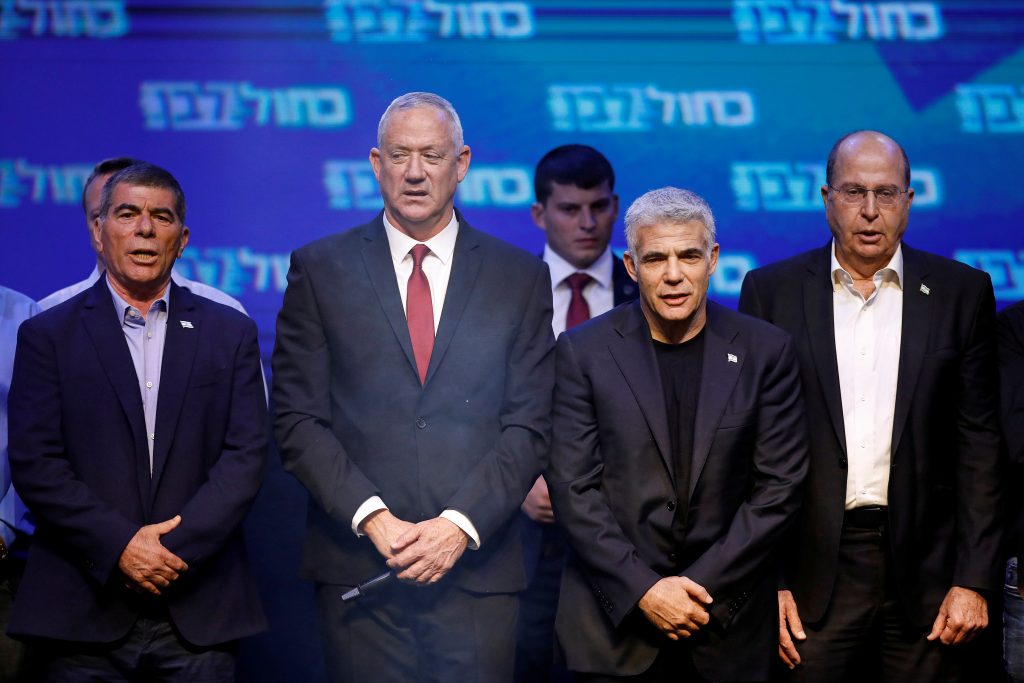 In a farewell social media message to his now-former compatriots in Blue and White, Benny Gantz wished Yair Lapid and Moshe Yaalon well. “Thanks for the work we did together in the past year. You will always be seen to me as patriots who love their country and work on its behalf, wherever you will be.”

For Lapid, that will be as head of Yesh Atid, as the Blue and White coalition consisting of Lapid’s party, Gantz’s Israel Resiliency Party, and Yaalon’s Telem disintegrated Thursday as the details of a unity government, with Binyamin Netanyahu continuing as prime minister and Gantz taking the Foreign Ministry and the role of Knesset Speaker, became clear. As head of the largest opposition party, Lapid will become Knesset opposition leader.

Gantz’s warm wishes to Lapid were the polar opposite of what his former colleague had to say about the Blue and White head. At a press conference Thursday night, a bitter Lapid called Gantz a “thief” and a “liar,” who “disappointed a million voters by surrendering to Netanyahu without a battle, crawling on his knees into the government. He is now a member of the radical chareidi bloc.”

While it was important to fight coronavirus – the ostensible reason for Gantz’s joining the government – “the crisis is not an excuse to surrender values. We promised we would not be part of a government with a Prime Minister who has three indictments against him. We said we would not harm Israeli democracy. We said we would not submit to the blackmail of radicals and fanatics. One who crawls into such a government cannot try to convince us that he is doing it for the benefit of the country.” Yaalon also spoke, saying that it was “a sad evening. Unfortunately Gantz’s decision to crawl into the Netanyahu government is disappointing, and not understandable.”

Analysts for Makor Rishon said that Gantz really had no alternative but to join a Netanyahu-led government. “In the ten days that he has held the mandate to form a government Gantz did not have one serious discussion with any of his coalition partners,” the analysts said. “It was becoming clear that his partners – Lapid, Yaalon and Avigdor Liberman – were interested in only one thing, and that was getting rid of Netanyahu. He was told in no uncertain times by those three that while he was nominal head of the party, he should not be mistaken – they were directing the policy, and the policy was a minority government with the support of the United Arab List. Gantz realized that if he wanted to remain politically relevant and actually have a chance to influence policy, he had no choice but to escape the embrace of his partners.”

Perhaps more than anything, the analysts said, were recent polls in which the public gave Netanyahu very high marks for handling the coronavirus crisis – and Gantz very low marks for playing politics as usual in his efforts to form a minority government with the United Arab List. “At this point, the public doesn’t care about Netanyahu’s indictments or lack of them, they care about coronavirus and the economy,” the analysts said, adding that “in the end, Gantz really had no choice.”