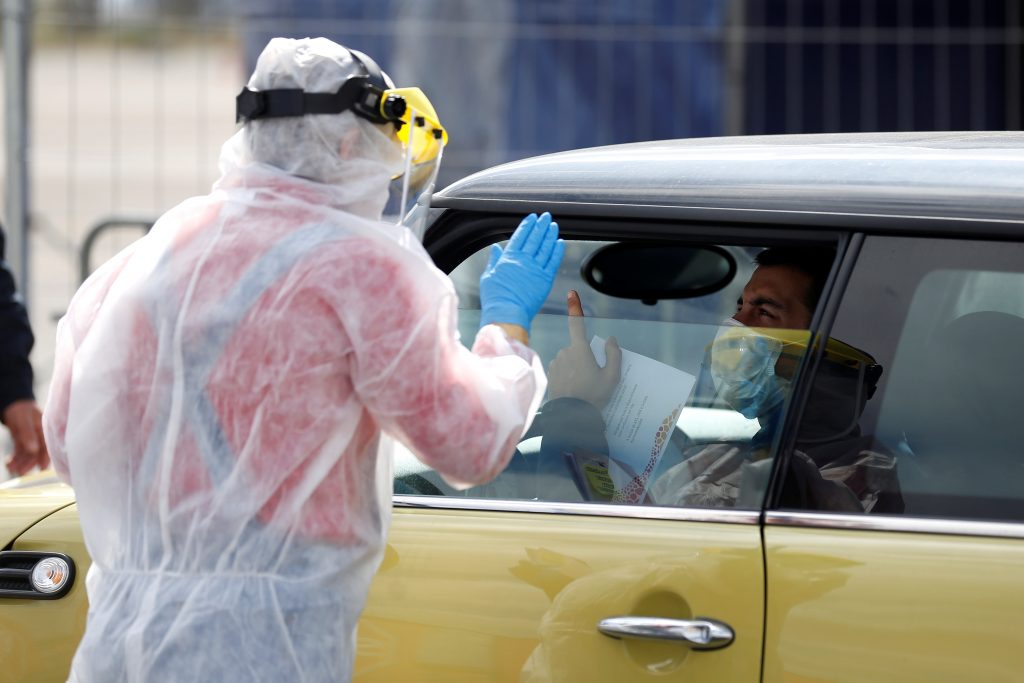 The number of coronavirus infections were set to top a half-million worldwide on Thursday as both Italy and the United States appeared poised to surpass China, where the pandemic began, and Spain’s death toll climbed to more than 4,000. Health care systems in Europe and New York buckled under the strain.

At least 2.8 billion people are under severe travel restrictions. But the head of the World Health Organization, Tedros Adhanom Ghebreyesus, scolded world leaders for wasting precious time in the fight against the virus that has already killed more than 22,000 people and infected over 480,000, thrown millions out of work and ravaged the world economy.

“The time to act was actually more than a month ago or two months ago,” he said Wednesday. ”We squandered the first window of opportunity. … This is a second opportunity, which we should not squander and do everything to suppress and control this virus.”

In the United States, where virus deaths passed 1,050 and 70,000 people were infected, a political battle raged between those demanding urgent action for a long siege against the pandemic, like New York Gov. Andrew Cuomo, and President Donald Trump.

In Brazil, the country’s governors are defying President Jair Bolsonaro over his call to reopen schools and businesses, dismissing his argument that the “cure” of widespread shutdowns to contain the spread of the coronavirus is worse than the disease.

Brazil’s Supreme Court upheld virus mitigation plans that had been challenged by Bolsonaro. As of Thursday, the country had more than 2,550 cases and 59 deaths.

New York City and State have emerged as a global virus hotspot and Cuomo says infections are doubling nearly every few days. The city’s convention center is being turned into a temporary hospital and the state has hit 280 deaths, according to a count by Johns Hopkins University.

Spain has become the country in Europe where the outbreak is spreading the fastest. On Thursday, the Health Ministry reported reported 8,578 new infections and 655 deaths, bringing the total cases to 56,188 and more than 4,000 fatalities — second only to Italy’s death toll of 7,503.

Watching patients die alone is “killing all of us inside,” she said.

“Physically this is extremely complicated, but psychologically it is appalling,” said colleague Patricia Nuñez, a nurse who is recovering from being infected herself.

In Italy, doctors and nurses have been begging the government daily to provide more masks, gloves and goggles and urged the public to understand how important onerous social distancing measures really are. Scientists say stopping just one person from getting the virus means scores of others will not become infected down the road.

European Union leaders were holding their third summit in three weeks on the virus to manage the havoc it is wreaking on their 27 economies. As the number of deaths in Europe soared past 12,000, Spain prolonged a state of emergency that will allow it to impose broader lockdowns while French President Emmanuel Macron launched “Operation Resilience,” a military-backed response to combat the pandemic.

France began evacuating infected citizens from the northeastern hotspot of Alsace using a special high-speed train that its health minister called a “first in Europe.” About 20 patients were being taken from Strasbourg to hospitals in the Pays-de-la-Loire and other regions.

Britain ordered 10,000 ventilators to grapple with the COVID-19 crisis, working with engineers from Dyson. The government wants to increase its supply of the breathing machines from 8,000 to 30,000.

So far, more than 115,000 people have recovered from the virus, and health care experts say the key to fighting it is to “flatten the curve” — slow the spread of the outbreak so that hospitals aren’t overwhelmed with seriously ill patients all at once. Slowing the rate of infections will also cut the eventual death rate.

China’s cases have slowed, with only 67 new cases reported, all recent arrivals.

The leaders of the Group of 20 largest economies were holding a special video conference to better coordinate a response to the pandemic, amid criticism that the world’s wealthiest countries have not taken cohesive action. The conference was being chaired by Saudi Arabia’s King Salman.

As the virus spreads into new territory, many countries took drastic measures.

As cases start to rise in Russia, President Vladimir Putin ordered the military in to help. The government announced it would halt all international flights starting Friday and will have troops build 16 medical centers to treat virus victims by mid-May. Russia says it has 658 cases, but experts say those figures underreport the crisis there and may be due to the lack of testing.

Dr. Deborah Birx, coordinator of the White House’s coronavirus task force, urged people to understand just how important each one of them is to stopping the pandemic.