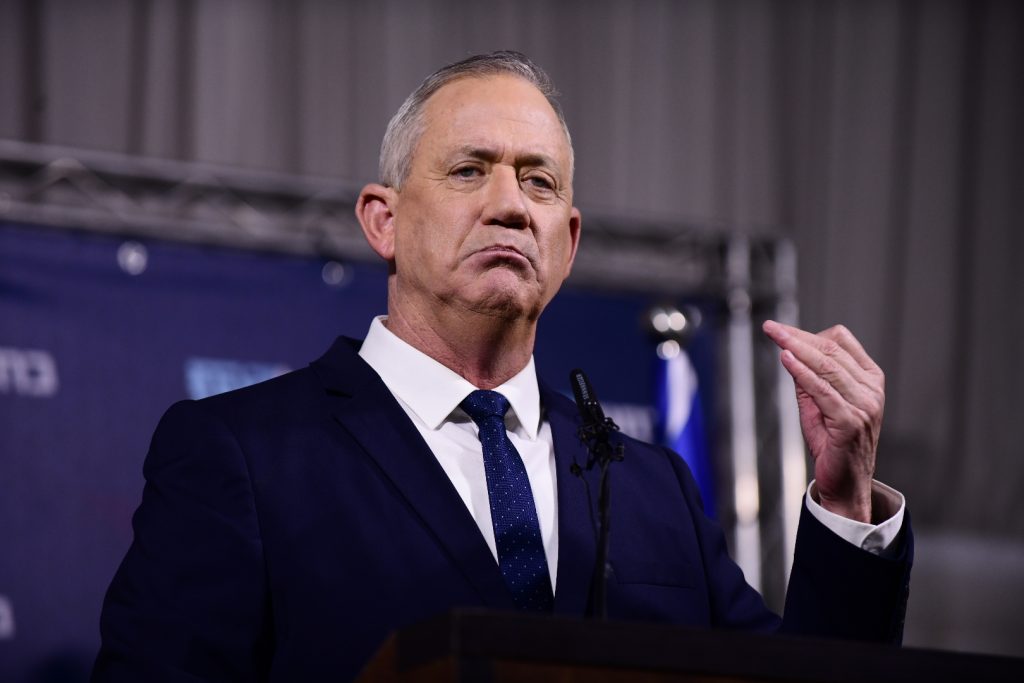 Blue and White chairman Benny Gantz has submitted himself as a candidate for Knesset Speaker to the Knesset Secretariat on Thursday, a move that could lead to a split in the party due to reported opposition by No. 2 Yair Lapid. He was the only candidate, after MK Meir Cohen – who was seen as Blue and White’s candidate – didn’t register his candidacy.

The Likud and the other right-wing parties have voiced their agreement to vote for Gantz’s candidacy.

Yesh Atid’s MKs will not come to the plenum to vote for Gantz, Channel 12 reported.

Earlier Thursday, talk arose of Gantz as an agreed upon candidate for Speaker.

MK Ahmed Tibi (Joint List) announced that his party would oppose the initiative to appoint Gantz as Speaker. “The Joint Arab List will vote against Benny Gantz as candidate for Knesset Speaker. We’ll vote for Meir Cohen. We’re not part of efforts to establish a unity government where the Likud leads Blue and White by the nose,” Tibi said.

MK Tamar Zandberg (Meretz) said, “We didn’t grant Gantz the mandate [for prime minister] to negotiate with the Likud, nor to be Knesset Speaker. If he decides to run for Speaker, I’ll vote against.”