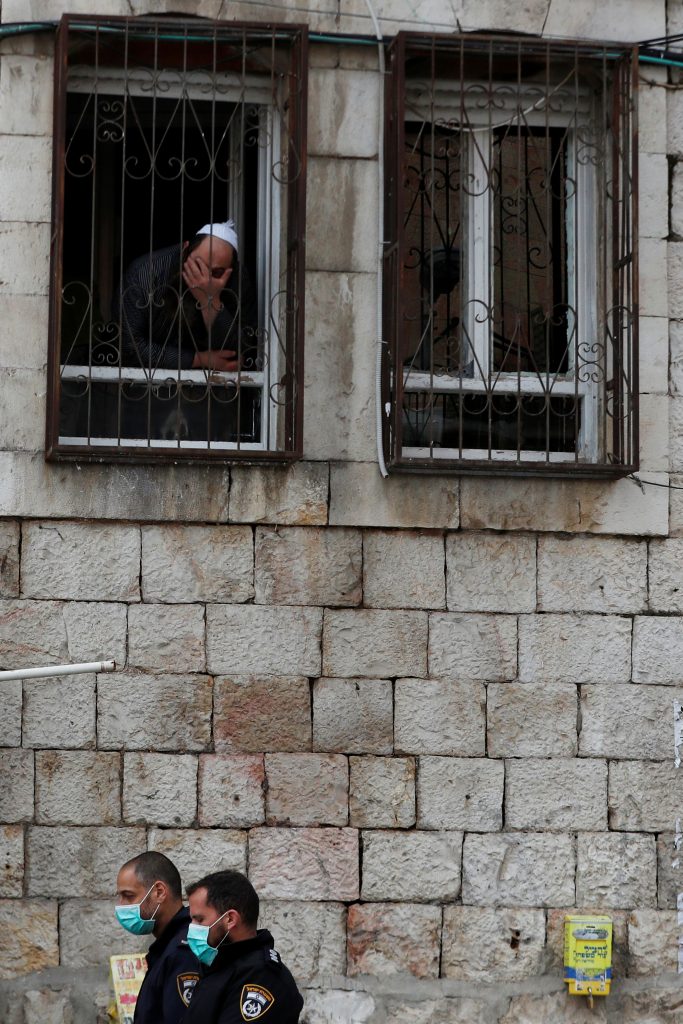 Less than a day after new rules regarding where and when Israelis could go when they leave their homes, the government appeared to be preparing for the next stage – a total closure that will require everyone except the most essential workers to remain at home. A report on Channel 12 Thursday said that ministers were told that such a closure was likely, and would take place “within days.”

Prime Minister Binyamin Netanyahu is said to have demanded that outcome already this week, but was stymied by the sharp opposition of Finance Ministry officials, who believe that a complete closure to the economy would deal a blow to Israel that would be difficult to recover from.

Speaking Wednesday night, Netanyahu said that full closure would indeed take place “unless we see an improvement in the behavior of citizens” regarding leaving their homes. “Infections are doubling every three days, and in a few weeks we could find ourselves with tens of thousands of sick people, many of whom would be in danger of death. If there is no improvement we will have no choice but to impose a full closure, except for basic requirements like food and medicine.”

Israelis may not be allowed out of their homes even for that; reports Wednesday said that as part of its deployment plans, the IDF is preparing for the possibility that soldiers will distribute food and medicine to Israelis, who will have to remain inside their homes.

Meanwhile, Israelis have been told not to plan large family Sedarim. The Health Ministry said Wednesday that only nuclear families living in the same household could conduct Sedarim together. “Families that do not live together in the same house cannot celebrate Pesach together,” said Uri Schwartz, the ministry’s legal director. “That also goes for individuals who live alone.”

Schwartz said that although the restrictions announced Wednesday night, which include requiring people to remain within 100 meters of their homes – precluding the possibility that people could visit relatives – were in force for a week, it was likely they would be extended to include Leil Haseder and all of Pesach. With that, it is not clear how the ministry could enforce such a rule, short of imposing a total curfew that would not allow anyone outside – even 100 meters away from their homes.