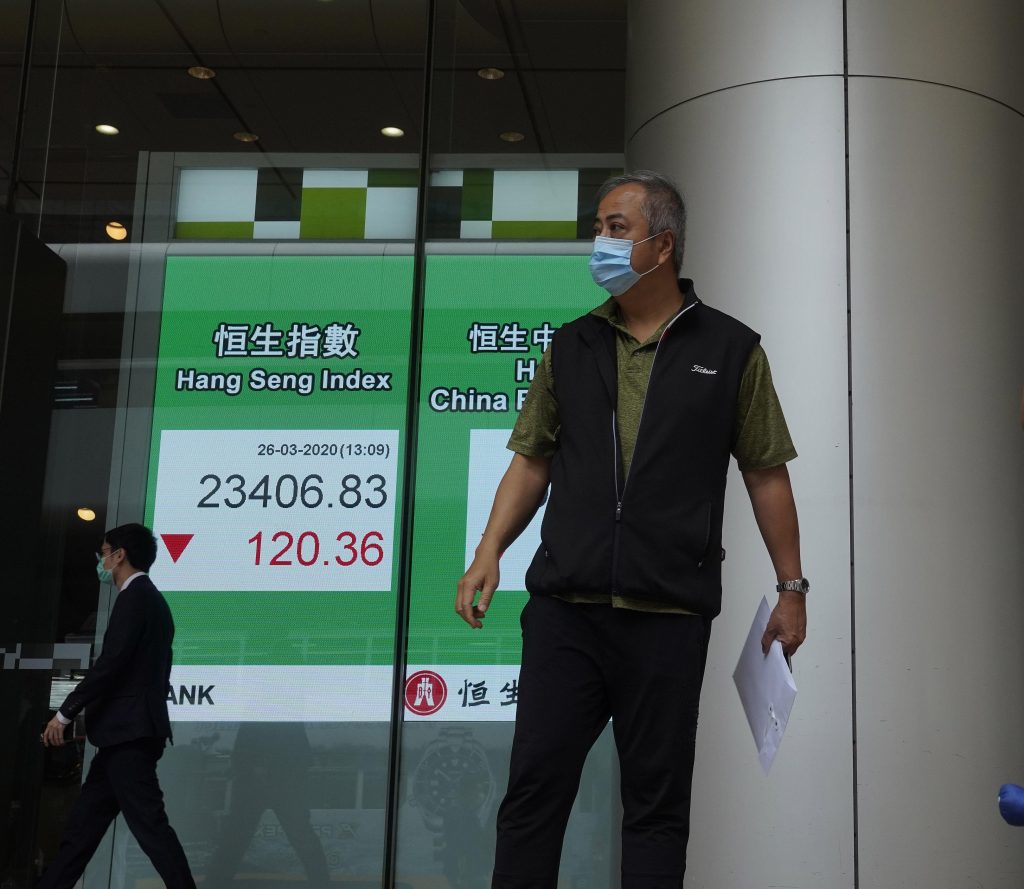 Global stock markets and U.S. futures declined Thursday after the Senate approved a proposed $2.2 trillion virus aid package following a delay over its details and sent the measure to the House of Representatives.

London and Frankfurt opened down more than 2% while Tokyo lost 4.5%. Shanghai and Hong Kong also declined.

On Wall Street, the future for the benchmark S&P 500 index lost 1.6% after the Senate approved aid late Wednesday to blunt the impact of business shutdowns due to the coronavirus that has killed more than 21,000 people worldwide. The measure goes to the House, which is expected to approve it Friday.

“Investors now have to judge whether tremendous policy support is sufficient to meet worsening economic conditions,” said Stephen Innes of AxiCorp. in a report.

The future for the Dow Jones Industrial Average was 1.3% lower ahead of a government report Thursday that forecasters expect to show a record number of Americans filed for unemployment benefits following a wave of layoffs.

The Senate vote was delayed by arguments over whether the measure does too much or too little for companies, workers and health care systems. Forecasters say a recession looks increasingly inevitable.

The delay “brings about a wait-and-see tone for markets,” said Jingyi Pan of IG in a report issued before the Senate approval.

Singapore’s benchmark lost 1% after a government forecast that the economy will shrink 10.6% in the current quarter compared with the three months ending in December. Singapore is preparing its second stimulus package as more businesses are told to close and controls on public activity are tightened.

Global stock prices have swung wildly as business shutdowns spread around the world. Investors say they need to see a decline in numbers of new coronavirus infections before prices can bottom out.

Many traders have “reverted to the 2008 case study,” when markets saw several 5% rallies during the global financial crisis before bottoming out in March 2009, Chris Weston of Pepperstone said in a report.

An early rally Wednesday on Wall Street faded as disagreements over its details blocked a congressional vote.