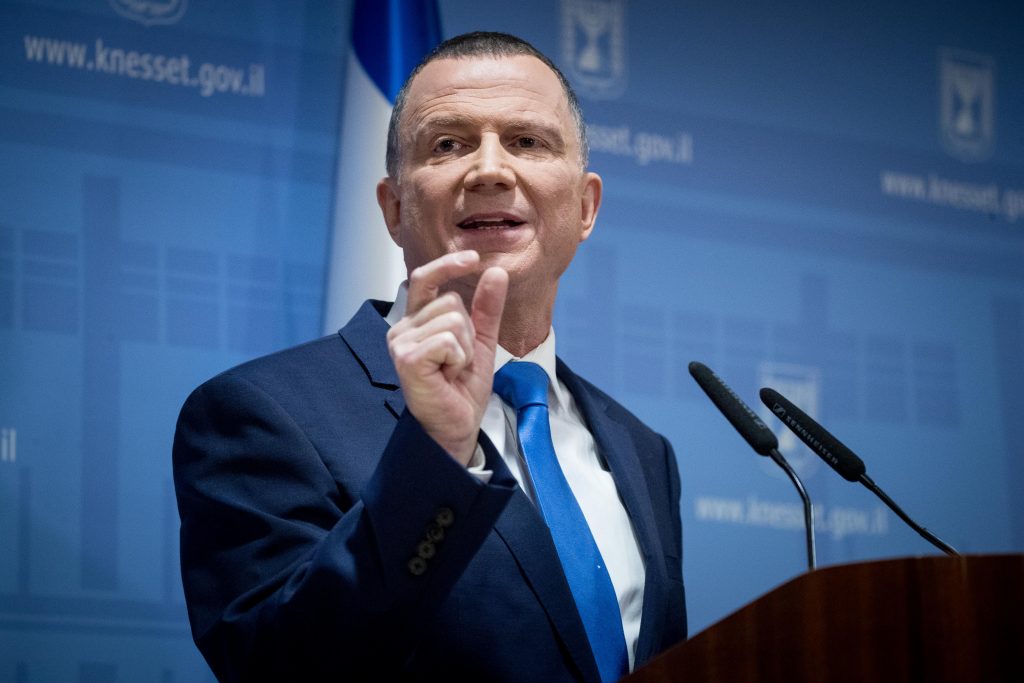 Despite Yuli Edelstein’s resignation, the Knesset will assemble Thursday to choose a new speaker – by order of the High Court, which overnight Wednesday instructed Labor-Meretz head Amir Peretz to call the plenum into session in order to officially choose a new speaker.

Edelstein resigned on Wednesday, in order to avoid having to assemble the Knesset for the vote. However, he is still officially speaker until Friday, 48 hours after his resignation was filed. As one of the MKs who has been serving longest, Peretz was set to be interim speaker until the Knesset could be assembled next week for the vote. In its decision, the court essentially appointed Peretz co-chair, and instructed him to assemble the plenum Thursday.

The impetus for his resignation was the High Court deadline that required Edelstein to hold a vote on his replacement by Wednesday at the latest. When tendering his resignation, Edelstein spoke in the Knesset, accusing the court of illicitly interfering in politics. “The court’s decision is not based on the law but on a radical and one-sided interpretation of the law. The decision contradicts the Knesset’s constitution, and harms the plenum’s work. It is a rude and brazen interference into the workings of the legislative branch. I will work to prevent this, as well as to prevent civil war,” he said.

Eyal Yinon, the Knesset’s chief attorney, decried the decision, saying that “especially at times like these it is important to keep to the accepted rules of the Knesset protocol. But State Attorney Avichai Mandelblit sided with the judges, saying that they had full authority to institute rules when the law was unclear.”

Speaking to Yisrael Hayom, Edelstein decried the decision, saying that it was an attempt by the court to illicitly wrest power that did not belong to it. “My resignation was unprecedented, but many of the things that preceded it were unprecedented. The High Court has for a long time been in control of the legal process, that is clear. Now it is trying to take over the legislative process. That is what is unprecedented. For the 24 years I have been in the Knesset and the seven years I have been Knesset speaker I have resisted efforts by the court to intervene in political matters. I acted like the adult in the room, in order to avoid dissent and civil war, in the spirit of Menachem Begin,” Edelstein said.

In a statement, United Torah Judaism MK Rabbi Uri Maklev said that “the court has lost the confidence of Israelis. The judges are showing unprecedented arrogance. They tried to break the spirit of the Knesset speaker but failed. He has had experience with dictatorial regimes. In other places they would put the judges on trial for what they did.”