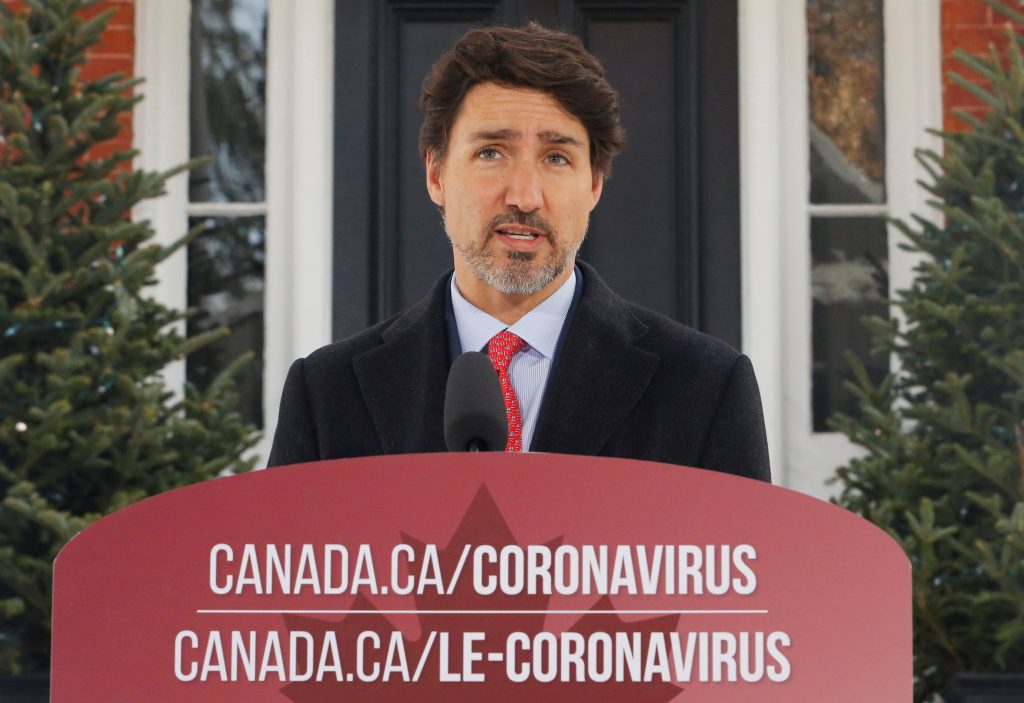 Canada’s government on Thursday said President Donald Trump should not deploy troops along the U.S.-Canada border, calling it unnecessary because of the coronavirus outbreak and warning it would damage relations between the two countries.

Trump is expected to send fewer than 1,000 troops to the Canadian border, two U.S. government officials told Reuters. They would help enforce the ban on non-essential crossings due to the coronavirus pandemic, one of the officials said.

It would be “an entirely unnecessary step that we would view as damaging to our relationship,” Canada’s Deputy Prime Minister Chrystia Freeland told reporters at a news conference.

She said she had first heard about plans to deploy troops “a couple of days ago”, and said Canada had made its position clear to various members of the U.S. administration.

“Canada and the United States have the longest unmilitarized border in the world and it is very much in both of our interests for it to remain that way,” Trudeau said.

“We have been in discussions with the United States on this,” he told a news conference, without giving details.

Canada has already closed the border to non-essential travel from the United States as part of a bid to combat coronavirus. The state of New York, which shares a border with Canada, has been an epicenter of the U.S. outbreak.

Trudeau said Ottawa was in constant touch with U.S. authorities and would adjust border security measures if needed.

Separately, one of the U.S. sources said several hundred more troops would also be deployed along the border with Mexico in addition to the ones already there.