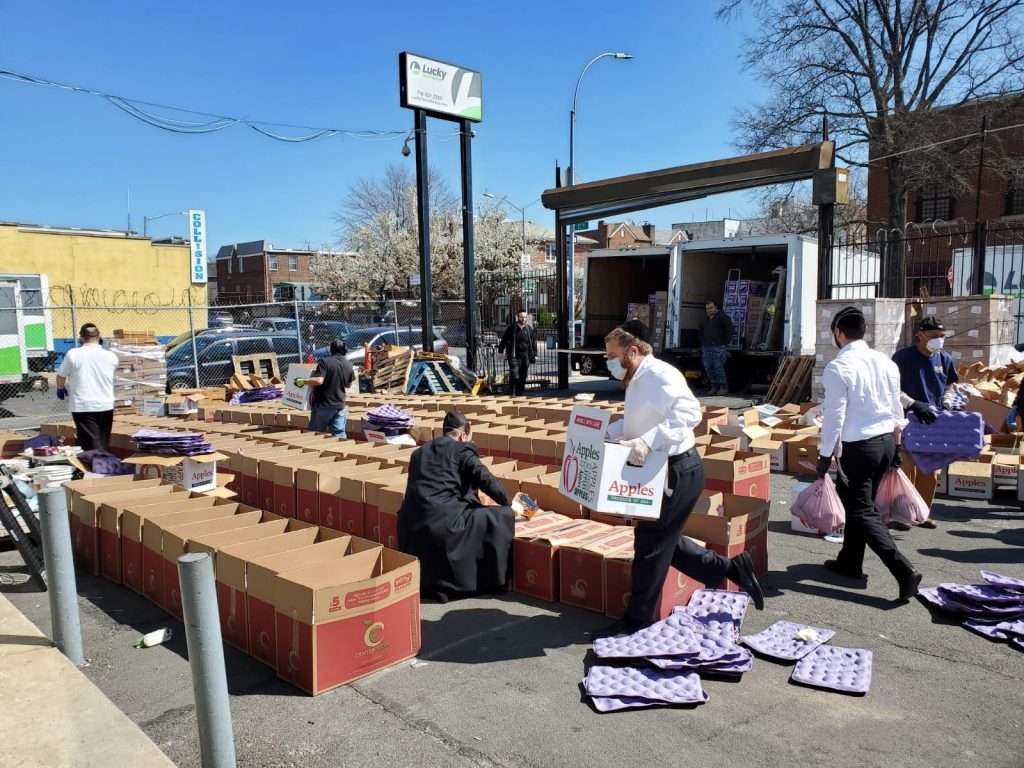 Thursday morning, March 26, was the second Passover Food Distribution held by the Boro Park Jewish Community Council in partnership with the Met Council.

Hundreds of families were able to receive sealed packages of Passover food staples, with the boxes of food were delivered straight to their doors. Proper social distancing protocol was observed throughout the process to keep both volunteers and recipients safe during these unprecedented times.

Over 1,100 families from Boro Park received Passover food during the two food distributions, which were both done in partnership with Met Council. “The BPJCC would like to thank David Greenfield,” says Avi Greenstein, BPJCC CEO, “for overseeing so many aspects of the food distributions that take place year after year.”

Scores of volunteers worked throughout the morning to make sure the food was ready to go out for delivery later in the day.

“These Passover food staples items are vital for so many in our community,” says Rabbi Greenstein. “We are grateful that we were able to accomplish two distributions this year. We got out more food than we have ever distributed before. This at a time when more people than ever are suffering through these challenging times.”