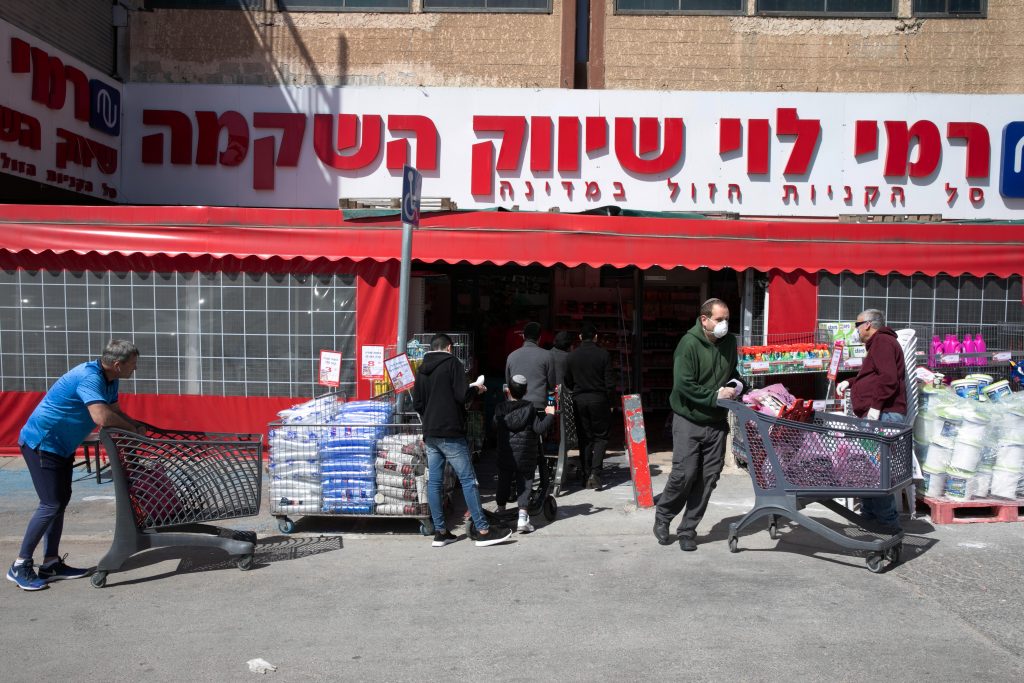 Although supermarkets and grocery stores can remain open under the new restrictions announced Wednesday, access to markets is likely to be limited for many people. Markets will be allowed to admit only sufficient numbers of people that will allow sufficient space of two meters between customers. In addition, only four people can wait in line at a register at one time, so if a market has ten registers, no more than 40 people can be in the market at one time.

The regulations, which go into effect Wednesday afternoon, are expected to severely limit traffic at large supermarkets in shopping centers and industrial zones, with most people likely opting to go shopping at neighborhood stores or ordering online. Police are expected to be on the roads making spot checks of drivers to determine where they are going; those without a good reason to be outdoors can expect to be fined NIS 500 in the first instance of violation, and face imprisonment for multiple violations.

Speaking to Globes, Eyal Ravid, chairman of the Victory supermarket chain, said that “no chain is going to be able to work like this. The proper way to approach this is to allow admission of customers based on the size of a store, ensuring that the two meter space rule between customers is enforced. A large store that has only five registers will be able to admit no more than 20 customers at a time under these rules. No supermarket can sustain itself with numbers like that.” Either stores will lose huge amounts of business, or lines will form that will require customers to wait for hours before getting into a store – leading to violence, Ravid said.

The rules apply to all stores that will be allowed to remain open, including pharmacies and medical supply stores, electronics stores, hardware stores, communications service providers and retailers, newspapers and other vital services. Deliveries will continue as usual, but deliveries can only be brought to the door of a house, according to the rules.