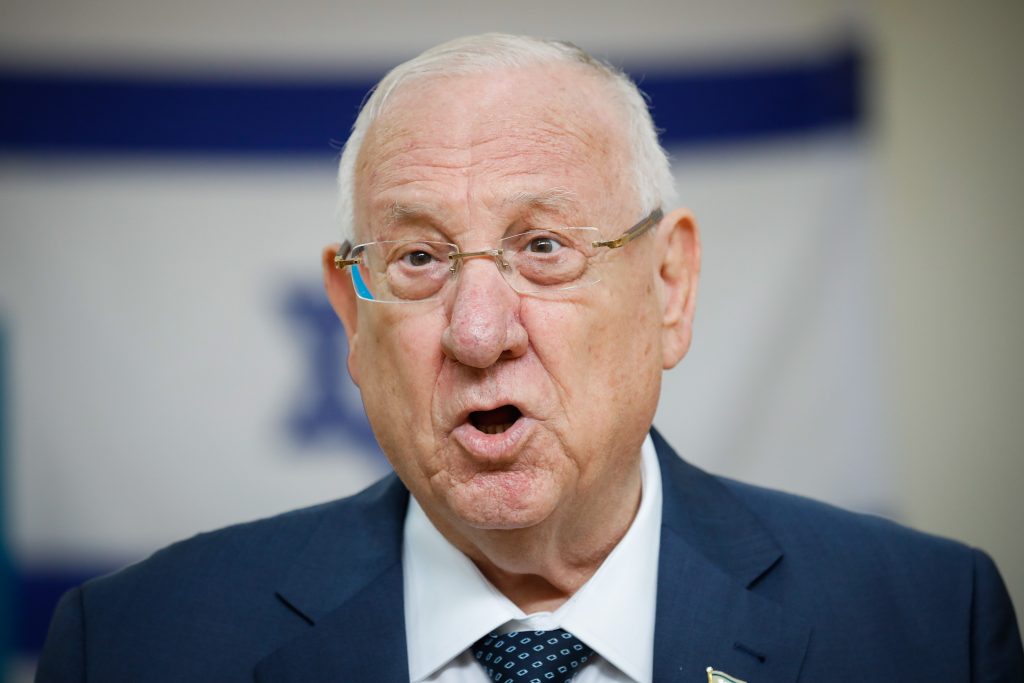 President Reuven Rivlin said in a speech on Wednesday evening linking compliance with Health Ministry regulations in the coronavirus crisis to the obedience of elected officials to the judiciary, referencing Knesset Speaker Yuli Edelstein’s defiance of the High Court.

Rivlin began by exhorting Israelis to listen to health officials: “We are in complex and difficult times for Israel’s leaders, Israeli society and as part of the family of nations. This evening, further emergency regulations came into force that limit our freedom of movement, our liberty, in a way that has never happened before, all for our well-being, all for the welfare of those dearest to us,” he says.

But then he moved on to the political crisis: “In these fateful days, it is also the primary duty of the elected officials, the public’s leaders, teachers and guides, from all parts of society. We are witnessing confrontations of the most severe kind between the judiciary and the legislature,” he said.

“I know that the vast majority of Israel’s leadership, from left and from right, knows that it is the duty of every one of us to obey the rulings of the courts, and that it is unthinkable that anyone would not do so.

“Even if someone is of the opinion that the court is wrong in its conduct, whatever the disagreement between us, we must always ensure that the rules of democracy, without which we are destroyed, are upheld. Now that the Knesset speaker has resigned, I am sure that the order of the High Court will be implemented and Israeli democracy will emerge strengthened and more resilient from these testing times,” he said.

Rivlin concluded with an appeal for a unity government.