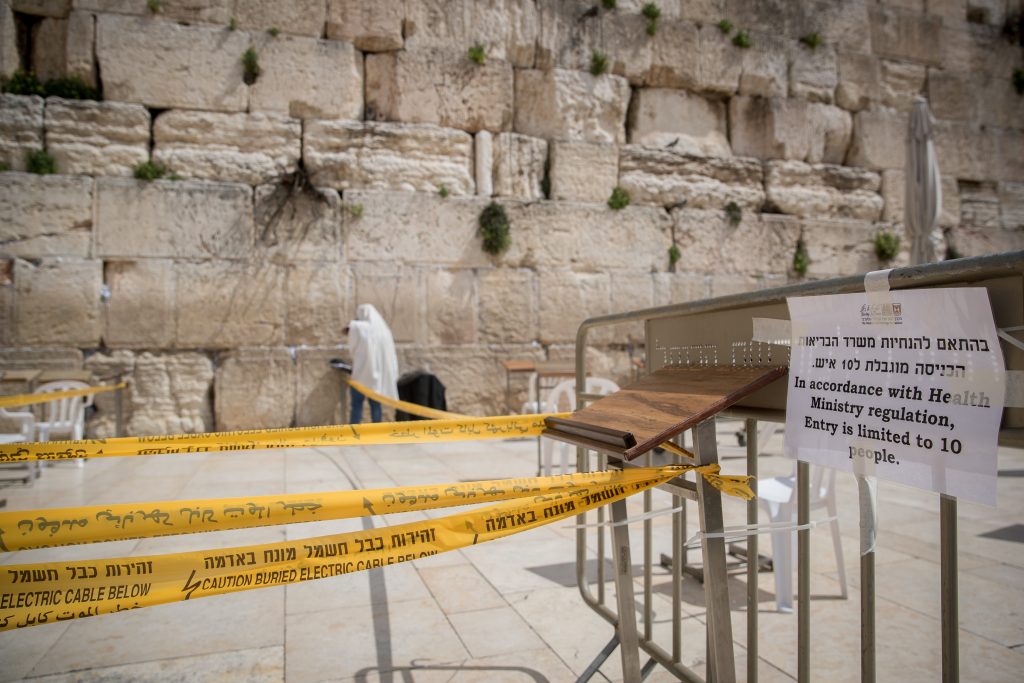 The coronavirus pandemic continued to impact on religious observance in Israel, as restrictions on citizens’ movements affected the Kosel and Maaras Hamachpeleh.

At the Kosel plaza, tefillos were still allowed, providing they are held in accordance with the Ministry of Health’s guidelines, according to a statement from the Western Wall Heritage Foundation on Wednesday.

The indoor prayer complexes have been closed.

However, the new guidelines raised the question of who would be able to travel to the Kosel in the first place.

Given the restriction on “non-essential” movement outside a 300-foot zone around each person’s home, only those who reside in the Old City, in proximity to the Kosel, would be able to have access. Police have been called upon to enforce the restrictions, but it was as yet unclear how strictly they would do so.

The interior of Maaras Hamachpeleh was closed on Wednesday, but minyanim would still be permitted in the plaza outside, again in compliance with distancing.

Earlier in the day, the chief rabbinate called on all synagogues in the country to close their doors, though allowing for outdoor minyanim if people keep the prescribed 6-foot distance.