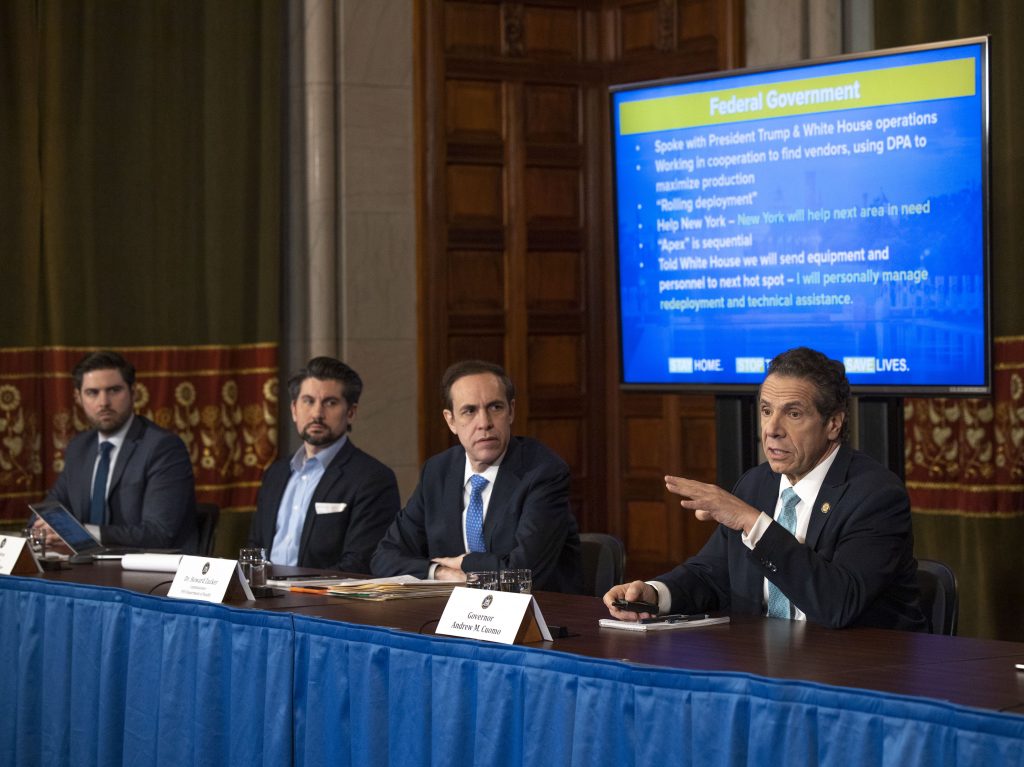 New York state measures to control the coronavirus appear to working as the rate of hospitalizations has slowed in recent days, New York Governor Andrew Cuomo said on Wednesday.

Even so, new cases rose by more than 5,000 in the past 24 hours, giving the state more than 30,000 positive cases, roughly 10 times the number in the state with the next highest total, New Jersey, Cuomo said.

“Now that is almost too good to be true… This is a very good sign and a positive sign, again not 100% sure it holds, or it’s accurate but the arrows are headed in the right direction,” Cuomo told a daily news conference.

Cuomo has emerged as a leading national voice on the coronavirus epidemic, which has now claimed 285 lives in the state. Positive cases rose by more than 5,000 in the past day to 30,811, Cuomo said.

He called the street closures a pilot program and said sports like basketball would be banned in city parks, first on a voluntary basis as long as people comply, in rules agreed with New York City officials, the governor said.

There are now 58,000 coronavirus cases in the United States, with New York amounting for roughly half of those.