Israel Knesset in Limbo as Edelstein Walks Out
Israel 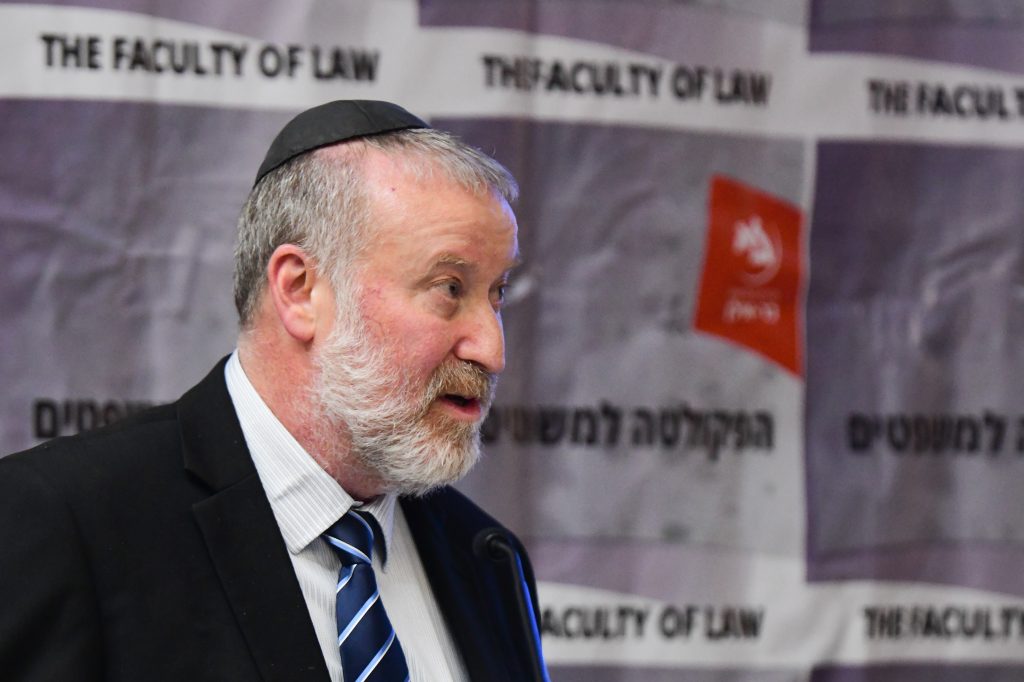 After Knesset Speaker Yuli Edelstein resigned his post rather than carry out a High Court order to hold a vote on who will be the next speaker, it was unclear what would happen next.

According to the Knesset rules, Edelstein’s resignation does not take effect for 48 hours, which raised the question if anyone else could be designated to step in as an interim speaker to preside over a plenum vote.

The High Court asked Eyal Yinon, the Knesset’s legal adviser, to submit an opinion on whether the Arrangements Committee can choose a new Knesset speaker, rather than the plenum.

Attorney General Avichai Mandelblit told the Court it can enforce its ruling that the vote must be held today as it sees fit. “The notice of resignation also does not allow the avoidance of the verdict,” Mandelblit stated.

Yanon has stated that the position of interim Knesset Speaker should be filled by Labor party leader Amir Peretz.

Edelstein explained his dramatic decision as a matter of conscience in the face of an intolerable interference in the proceedings of the Knesset:

“The Court decided that the Knesset Speaker must hold a vote this week to choose a new Knesset Speaker. The Court’s decision is not based on the how the law is worded, but according to a one-sided and extremist interpretation.”

“My conscience does not allow me to uphold this decision. As a result, I have announced my resignation. It will take effect within 48 hours and then anyone who is appointed will be able to make whatever decision he deems appropriate,” Edelstein wrote.

In explaining his refusal to abide by the Court’s ruling, Edelstein wrote that Knesset protocols allow for a speaker to be chosen after a new government is formed, providing for parliamentary stability while party negotiations proceed. By ordering the speaker appointed now, charged Edelstein, the court was, in effect, disrupting the coalition talks.

He went on to cite the danger to Israeli democracy posed by ill-considered judicial intervention of this kind:

“The court order may bring about the continued political paralysis in the country, paralysis whose resolution lies in political negotiations to build a unity government [of Likud and Blue and White] and not a court order,” he charged.

“As someone who for years served as Knesset speaker, I believe the court ruling will lead, unknowingly, to a constitutional crisis that has not been seen since the founding of the state,” he wrote.

“As someone who has paid a personal price of years in a labor camp for the right to live in the State of Israel, as a Zionist and as the speaker of this house, I won’t allow Israel to descend into anarchy, I won’t lend a hand to civil war,” declared Edelstein, who spent three years in a Soviet gulag.

“Therefore, for the benefit of the State of Israel… I am hereby resigning from my role as Knesset speaker,” he said. “Let us pray and work for better days.”

He added: “I hope the Honorable Court will at the very least respect my judgment this time.”

In response to petitions filed by Blue and White, Labor-Meretz and Yisrael Beytenu The judges were scheduled to convene in the evening to decide whether Edelstein should be held in contempt for his defiance of the court’s explicit ruling, the Kan public broadcaster reported.

Meanwhile, Opposition MKs who have clamored for Edelstein’s ouster fumed on Wednesday that his resignation beat them to the punch.

Blue and White MK Ofer Shelah noted that the resignation did not exempt Edelstein from his duty to call a plenum vote on a new speaker.

“This is the height of the war waged by Netanyahu and Likud against the Knesset and democracy,” he said. “We won’t let it pass.”

Labor MK Merav Michaeli said Edelstein was “humiliating the Court” and that “this constitutional crisis is the bottom of the barrel, which we have reached over ten years of a slippery slope during Netanyahu’s corrupt rule.”

“Edelstein’s resignation doesn’t cancel a High Court ruling,” said Meretz MK Tamar Zandberg, who said the Knesset Arrangements Committee should either “take the reins” and call a plenum vote by itself or quickly elect a deputy Knesset speaker to call it.

On the right wing, reactions varied.

Culture Minister Miri Regev (Likud), who on Tuesday condemned the Court ruling but said it should be obeyed, blasted Blue and White and Yisrael Beytenu for fomenting the crisis.

“Applause to Gantz, Lapid, Ashkenazi, Bogie [Ya’alon] and Liberman,” she tweeted. “You did it. You will go down in the history books as being behind one of the lowliest acts Israeli democracy has known. Take it away from here — a Jewish minority alongside the list of terror supporters.”

Likud MK Miki Zohar, a top Netanyahu ally, called on him to “halt negotiations on unity with Blue and White.”

Likud’s Energy Ministry Yuval Steinitz said the High Court ruling must be respected and fulfilled because otherwise “it could lead to anarchy.”