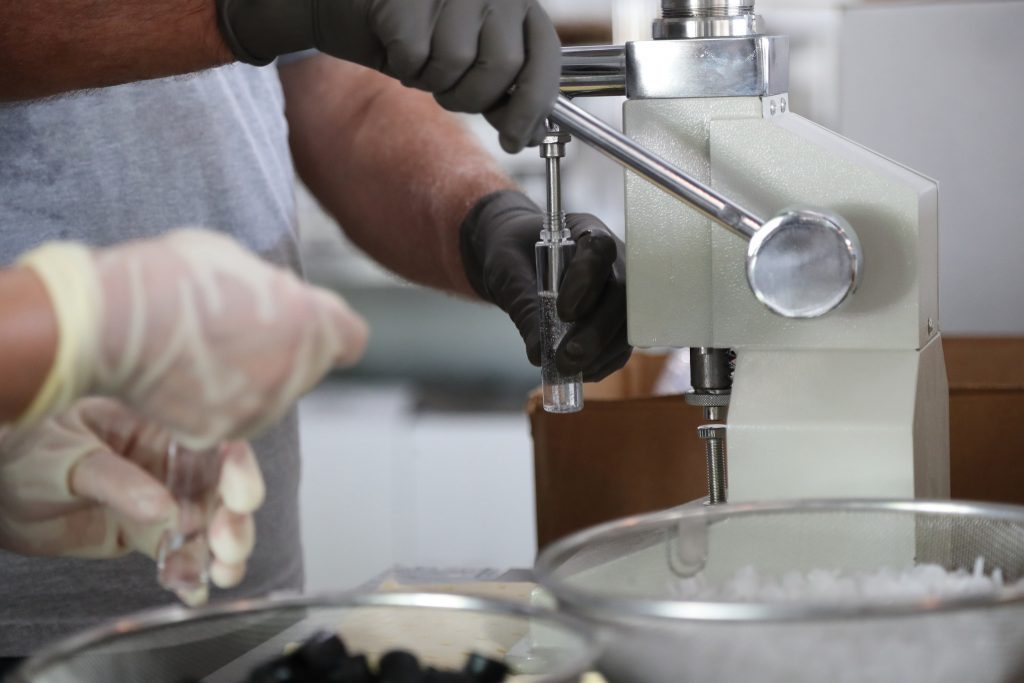 Looking for a nice single-malt hand sanitizer? Or maybe something in a vodka or gin?

Hundreds of liquor distillers say they& have already begun — or are planning& — to turn& over a portion of their liquor production to addressing the nationwide shortage of another alcohol-intensive product — hand sanitizers.

“There’s well over 350-plus distillers around the country that have been mobilizing …& pivoting to take their distilled spirits and make hand sanitizers,” said Chris Swonger, president and chief executive of the Distilled Spirits Council, a Washington-based association.&

The Distilled Spirits Council is lobbying to get an add – on to the $2 trillion coronavirus economic relief package being negotiated in Congress that would exempt any of the hand sanitizers made by distillers from the $13.50 per proof gallon federal excise tax on liquor products.

A proof gallon is a gallon of 100-proof liquor, which amounts to 50 percent alcohol in content. Distillers would actually have to beef up their alcohol content since the Centers for Disease Control and Prevention says the ethanol content of hand sanitizers must be at least 60 percent alcohol to be effective against COVID-19.

Small distillers already pay just $2.70 per proof gallon because they receive an 80 percent cut in the federal excise tax thanks to the fiscal 2020 spending law. But that’s just on the first 100,000 proof gallons they make. Above that they pay the full $13.50 per gallon.

Swonger says& he has seen “broad bipartisan support” to add the waiver of the excise tax.

There are& at& least a few supporters for& the exemption& in Congress. “We have a lot of distillers in our state, and G-d bless them,” Tennessee Republican& Marsha Blackburn said on the Senate floor Tuesday. “They’re stepping up, and instead of distilling whiskey, they are moving to sanitizers. And, yes, to those distillers, we know there is an excise tax problem, and we are on it trying to resolve that for you.”

Another big supporter is Rep.& John Yarmuth, chairman of the House Budget Committee. The Kentucky Democrat represents Louisville, which is home to two large distilleries that are already making hand sanitizer.

Supporters may face an uphill climb. A draft version of the& Senate bill& circulating Tuesday and obtained by CQ Roll Call does not appear to contain the provision.

In recognition of the hand sanitizer shortage, the Food and Drug Administration issued guidance last week for the temporary manufacture& of the product.

A number of big producers announced they would step into the breach. Paris-based Pernod Ricard says it has already begun producing hand sanitizer at four U.S. locations, including its Rabbit Hold Distillery in Louisville, Kentucky. Pernod Ricard makes an array of whiskeys (Jameson Irish, Glenlivet, Chivas Regal),& along with Absolut vodka, Beefeater gin, tequilas and wines.

Britain-based Diageo, maker of Johnnie Walker and Smirnoff, said Monday it would donate more than 2 million liters of 96 percent alcohol to manufacturers, enabling them to produce eight million bottles of hand sanitizer.

And Bacardi said Monday that its facilities in Louisville, Jacksonville, Florida, and Puerto Rico, are already supplying emergency workers with free hand sanitizer and would produce 100,000 gallons additionally for U.S. distribution.

Bacardi says all of its sanitizers will have 70 percent to 80 percent ethanol content, which is above levels recommended by the World Health Organization, the distiller noted.

Many craft distillers are transitioning into making hand sanitizer, Swonger said, noting that a temporary exemption would save them not just the excise tax they currently pay, but would keep their hand sanitizer production from being counted against the 100,000 gallon limit.

Smaller distillers in particular rely on revenues from tours and tasting rooms, which have been shut down because of the virus, so the opportunity for temporary revenue from the manufacture of hand sanitizers is attractive to them, Swonger said.