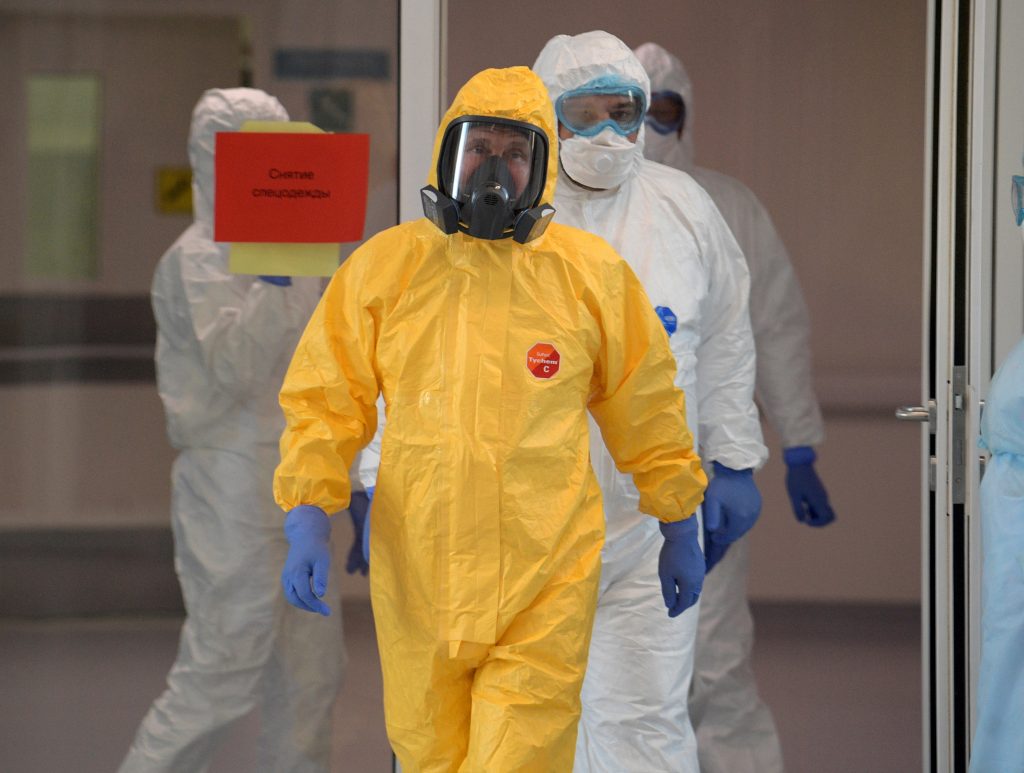 President Vladimir Putin donned a hazmat suit and respirator on Tuesday during a visit to a hospital treating coronavirus patients and the mayor of Moscow said the outbreak in the Russian capital was much worse than official figures showed.

The comments, by Moscow Mayor Sergei Sobyanin, marked the strongest statement yet by Russian authorities suggesting they do not have a full grasp of how widely the coronavirus has spread throughout the world’s largest country by territory.

Russia has so far reported 495 cases of the virus, a figure that is much lower than in many European countries. One woman, who tested positive for the virus, has also died.

Putin has previously said the situation is under control, but some doctors have questioned how far official data reflects reality, a point taken up by Sobyanin, a close Putin ally, on Tuesday.

“A serious situation is unfolding,” Sobyanin told Putin at a meeting, saying the real number of cases was unclear but that they were increasing quickly.

Testing for the virus was at a low level, he said, and many people in the capital were self-isolating at their apartments or at homes in the countryside and not being tested after returning from trips abroad.

“…In reality there are significantly more of those who are sick,” Sobyanin said.

Putin on Tuesday donned a bright yellow full-body protective suit and respirator as he visited a hospital on the outskirts of Moscow that is treating coronavirus patients.

The Russian leader used the visit to praise doctors for their work, saying he had been impressed by what he had seen.

Separately, two senior lawmakers, including Vyacheslav Volodin, the speaker of the lower house of parliament, on Tuesday proposed legislation that would make it an offense punishable by jail time to violate quarantine measures imposed to limit the virus’s spread.

Under their proposals, people who flout mandatory quarantine could be jailed for up to seven years if their actions led to the death of two or more people, or for up to three years if it led to mass infection, the RIA news agency reported.

Pavel Krasheninnikov, a senior lawmaker, said the legislation could be adopted by the lower house of parliament as soon as next week, RIA reported.