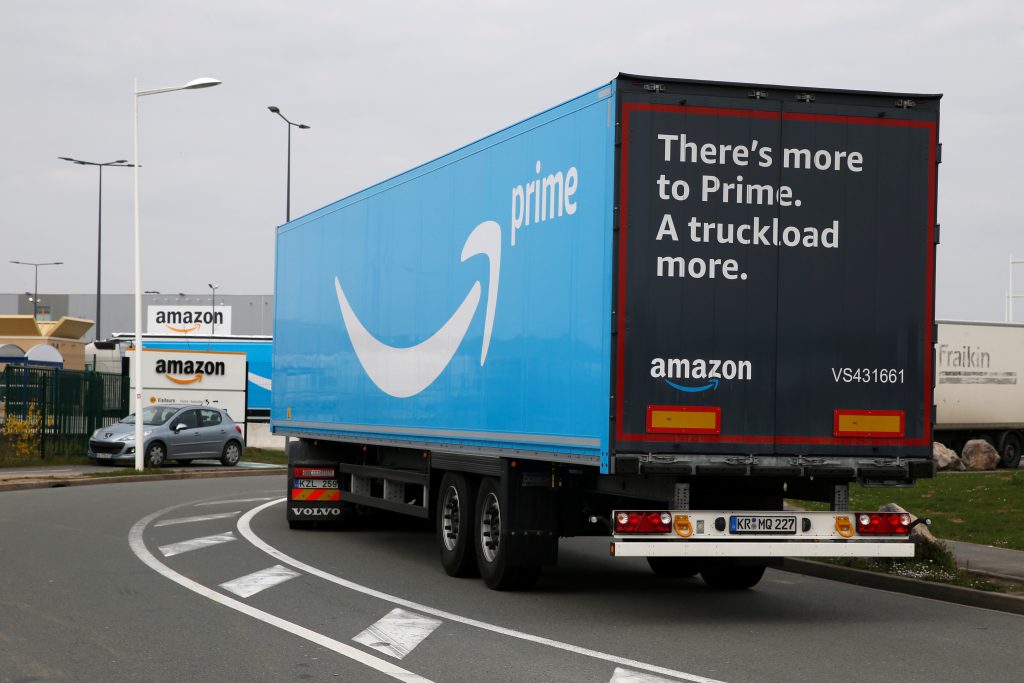 Amazon has added a new measure to try to triage its flood of orders and shortage of goods during the coronavirus pandemic: prioritizing its $119-a-year Prime members.

Now, the company is offering delayed delivery times for non-Prime customers on many nonessential items that are available – such as hair dryers, candies and pill pockets to help dogs take medicine.

The move follows weeks of inability to stock and ship household staples – ranging from toilet paper to hand sanitizer to bleach – at a time when shoppers are more and more reliant on Amazon while they are staying at home to prevent the spread of the virus. Amazon has said it will hire 100,000 workers, limit shipments to its warehouses from its third-party sellers, and restrict orders of “lower-priority shipments” to customers in France and Italy, where the outbreak is particularly acute.

But even Prime members have reported struggles to get many items on time. Prime Now and AmazonFresh grocery delivery spots are nearly impossible to find, and the company even temporarily shut down its Prime Pantry program, which allows customers to fill a box with household items.

The panic-buying triggered by the coronavirus was as big an event as Black Friday or Cyber Monday, events for which Amazon would typically spend months planning, said David Glick, a former Amazon logistics executive who now serves as chief technology officer at Flexe, which helps retailers warehouse and deliver goods.

“In this case, the thing you planned for, Cyber Monday, happened overnight,” Glick said. “It was a shock to the system.”

Amazon spokeswoman Keri Bertolino said in a statement that some deliveries have been delayed as the company works to balance customer needs with safety of its workers.

“We’ve changed our logistics, transportation, supply chain, purchasing, and third-party seller processes to prioritize stocking and delivering items that are a higher priority for our customers,” she added.

“My own time and thinking is now wholly focused on COVID-19 and on how Amazon can best play its role,” Bezos wrote to employees Saturday.

The shifting tactics illustrate how caught off-guard Amazon was by the sudden, intense surge of shopping for household staples as the coronavirus spread across the country and around the world. The online retail giant is heavily reliant on both manufacturers and third-party sellers on its site who are based in China. It has also built its own giant logistics network in the United States, including planes, trucks and a contract home delivery fleet, upping the pressure.

Amazon garnered about 38 percent of the U.S. online shopping market last year, according to estimates from the research firm eMarketer. It also has more than 100 million Prime members worldwide who pay a monthly or annual fee for benefits including guaranteed one-day shipping, free two-hour delivery and other perks. The company internally has pushed its shipping speeds, training consumers to want them faster and faster – adhering to one of its core leadership principles, “customer obsession.”

To help resolve its issues, Amazon is taking once-unthinkable steps to lessen the bottleneck that is preventing customers from getting the products they most want. It’s now offering Prime members the ability to get some items weeks earlier than non-Prime shoppers.

Amazon’s scramble to address the crisis has come as a rapid-fire list of decisions to try to fix the problem. Last week, the company told the third-party merchants who sell on its site that it will limit the items it receives at warehouses, prioritizing household staples, medical supplies and other high-demand products that remain difficult to find on the site.

Other cracks emerged Monday morning, when customers of Amazon Business, the company’s site targeted at business owners, could purchase an 18-pack of Charmin toilet paper not available on its main consumer site. Those listings were in error, Bertolino said, and by Monday afternoon, the company moved to make those products available to all its customers.

Amazon is also wrestling to crack down on price gouging by third-party sellers, some of whom offer astronomical prices for much-sought after goods such as masks and hand sanitizer. On Monday, Amazon said it’s monitoring prices around the clock, “through both automated and manual means,” and that it is working with law enforcement to hold price gougers accountable. It added that it has suspended more than 3,900 selling accounts in its U.S. store for violating fair-pricing policies.

Meanwhile, Amazon’s plans to hire 100,000 workers as quickly as it can have prompted a media blitz. The company is targeting its pitch at workers who have been laid off or idled as a result of the outbreak.

For comparison, Amazon hired 200,000 seasonal workers for its year-end shopping season last year. And it’s facing nearly as much competition as it would for the shopping season, as other major retailers struggle with the same out-of-stock issues and roll out similarly ambitious hiring plans.

There’s no guarantee that Amazon or the other companies will be able to solve the problem with a flurry of job openings. Logistics experts expect supply-chain disruptions to continue to ripple from China, where factory work is resuming as the country begins to emerge from its own lockdowns.

Meanwhile, workers at Amazon’s warehouses in both the United States and Europe have sounded alarms about concerns over workplace safety as the coronavirus has spread. The company has acknowledged cases in its warehouses in New York, as well as Italy and Spain. Some workers have said they are working under conditions that don’t always allow for social distancing or proper hand washing.

Amazon disputes those claims and says it’s working to keep its warehouses clean and its workers at safe distance apart from one another.