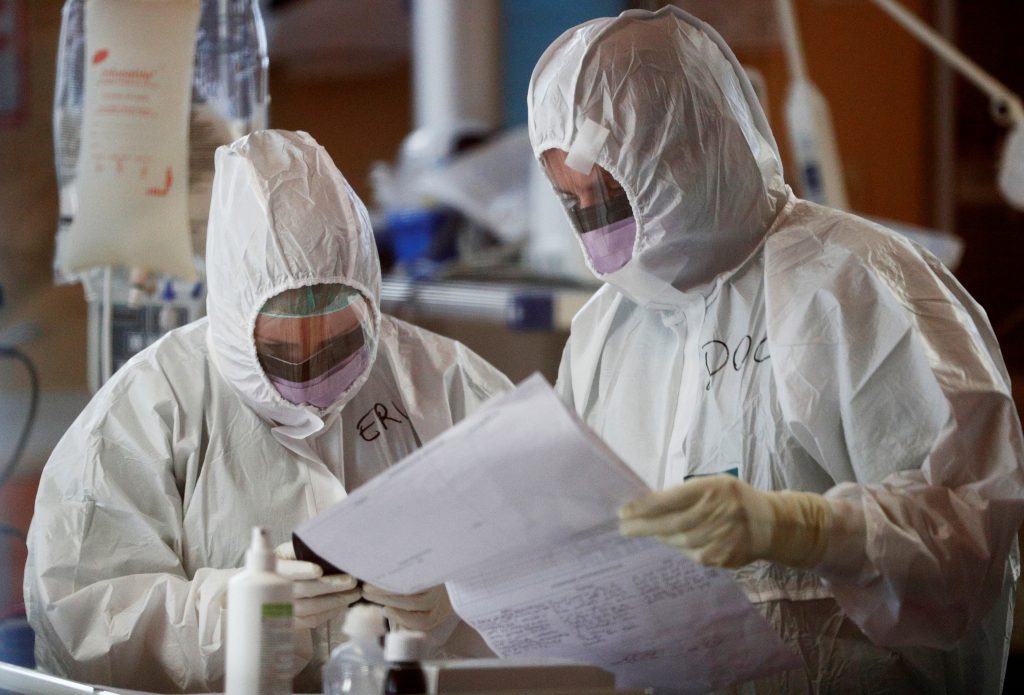 The number of cases of coronavirus in Italy is probably 10 times higher than the official tally of almost 64,000, the head of the agency that is collating the data said on Tuesday.

Latest figures show 6,077 people have died from the infection in barely a month, making Italy the worst-affected country in the world, with close to double the number of fatalities in China, where the virus emerged last year.

However, testing for the disease has often been limited to people seeking hospital care, meaning that thousands of cases have certainly gone undetected.

“A ratio of one certified case out of every 10 is credible,” Angelo Borrelli, the head of the Civil Protection Agency, told La Repubblica newspaper, indicating that he believed as many as 640,000 people could have been infected in the country.

He said the biggest difficulty facing Italy was a shortage of masks and ventilators – a problem that has dogged the health system since the contagion first surfaced in the wealthy northern region of Lombardy on Feb. 21.

Italy is trying to import stocks from abroad, but Borrelli said nations like India, Romania, Russia and Turkey had halted such sales. “We are contacting the embassies, but I fear no more masks will be arriving from abroad,” he said.

The epidemic looks certain to leave Italy’s already fragile economy in tatters, with most businesses shuttered.

The government wants a bailout fund for member states of the shared euro currency to be deployed without restrictions – a demand that puts Rome at loggerheads with richer northern nations.

Currently, the so-called European Stability Mechanism (ESM) can help euro zone countries only on condition they adjust their economic policies to overcome the problems that led them to seek financial assistance.

“The only acceptable conditionality is that of using the ESM resources to manage the health and economic emergency,” he said, setting up a possible battle with Brussels over how best to emerge from the crisis.