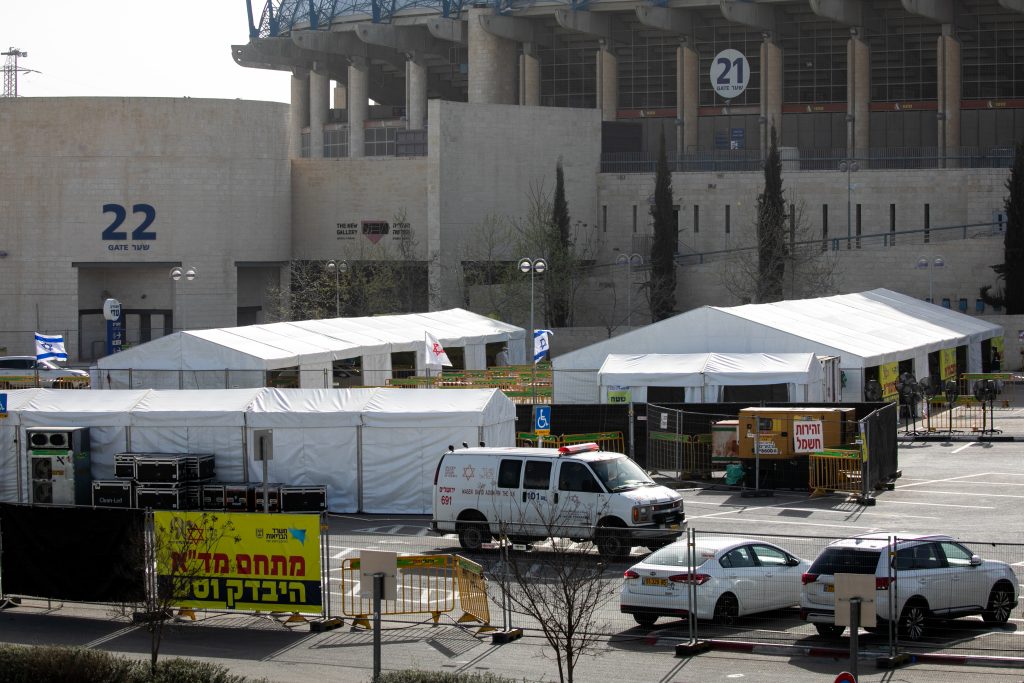 As concern for the elderly grows in the coronavirus crisis, the IDF has undertaken to ensure they have the food and medicine they need.

The Defense Ministry said on Tuesday it has been drawing up a plan to assist Israel’s older population, which it will be presenting to the government in the coming days.

“The defense minister will put together a national plan on this matter, which will provide for the needs of the elderly population, including nutrition, medical needs, long-term quarantine, loneliness and more,” the ministry said.

Approximately 1,000 soldiers from the Home Front Command will be enlisted in the effort, according to IDF Spokesperson Hidai Zilberman.

“The decision was made after a series of discussions led by the National Security Council on the elderly population, which assessed the policies toward this population in reference to the coronavirus,” the PMO said.

“It was agreed that the main food distribution centers around the country must be mapped and that available personnel must be linked with resources and needs, such as the channeling of assistance and personnel to where they are lacking,” the office said.

As the decision was announced on Tuesday, the second and third fatalities from COVID-19 were reported: a 67-year-old woman with a pre-existing medical condition, at Wolfson Medical Center in Holon; and an 87-year-old man with multiple health issues at Yerushalayim’s Hadassah Ein Kerem Medical Center.

Meanwhile, a nurse working at a geriatric ward in the Reut rehabilitation hospital in Tel Aviv was been diagnosed with COVID-19, according to Ynet.

As a result, 20 staff members who may have been exposed to the virus went into self-quarantine.

The nurse has been home for eight days, according to the Ynet news site. It’s unclear whether any of the patients under her care have been tested.

The Health Ministry reported earlier in the day that the number of diagnosed cases of coronavirus in the country has risen to 1,656, an increase of 214 from the previous night.

So far, 49 people have recovered from COVID-19. Of those being treated, 30 are in serious condition.